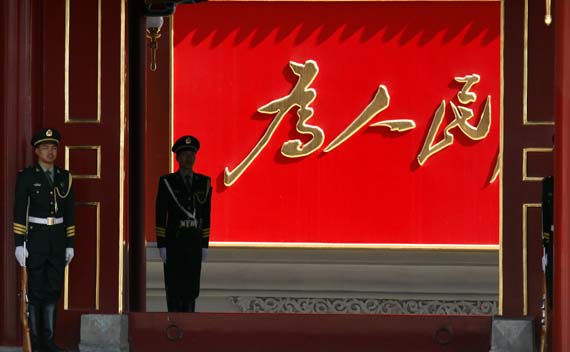 While Kremlinology is no longer in vogue, our understanding of the inner workings of the elite politics in China still benefits a lot from the cables sent by our nosy and diligent diplomats based in Beijing. But if one anticipated that WikiLeaks would churn out truly juicy stuff on what transpires within the Zhongnanhai compound, he would be deeply disappointed. Not only was there nothing breathtaking, but the use of rumor mills such as wenxuecity.com raises questions on the reliability of some collected information.

Don’t get me wrong: I am not treating all the information as factoids. Indeed, much of the information confirms our speculation of the top decision-making process in Hu Jintao’s China, and some even shed critical light on the prospect of political reform. Without a Mao-like leader at the helm, the Politburo Standing Committee (PBSC) will remain consensus-based, and Hu’s successor will continue to be the first among equals. His formal position will bestow him with the agenda setting authority, but the protégés installed by the previous generation leaders will make any major policy innovation difficult, if not impossible. Sure, Hu has faced similar problems due to the sustained influence of Jiang Zemin and the veto power wielded by his protégés in the PBSC. But when Hu’s successor takes over, he will probably find himself living in the shadow of both Jiang and Hu, and subject to the constraints of their protégés in the PBSC. As a result, policy immobilism will more likely be the norm of top level decision-making. This trend will be reinforced by the marriage between power and wealth in China’s officialdom. It is ironic, but when the head of Chinese Academy of Social Science (CASS) recently invoked the specter of “capitalist dictatorship” to justify China’s resistance to political reform, he was unaware that the state had already degenerated into the executive committee of the bourgeois ruling class (to paraphrase Marx and Engels).

Three overlapping elite groups would have particularly high stakes in keeping the status quo: the princelings, many of whom have successfully invested their parents’ or grandparents’ political capital in business activities; local government officials, who have benefited from all kinds of rent-seeking in the single-minded pursuit of GDP growth; and the around 670,000 households (0.2% of China’s total) that have assets worth more over US $1 million but have to keep on the right side of the government because of their “original sin” in rising up to the new rich status. They represent vested interests that will not only render ineffective any popular policy measures (such as efforts to cool down the real estate market) but also resist any meaningful political reform attempts. In pushing for peaceful democratization, the future liberal opposition will have to face the commitment problem present in many former authoritarian states such as Chile: how does one prepare a credible strategy that generates incentives for authoritarian leaders and their followers to withdraw without bloodshed?

Why We Aren’t China