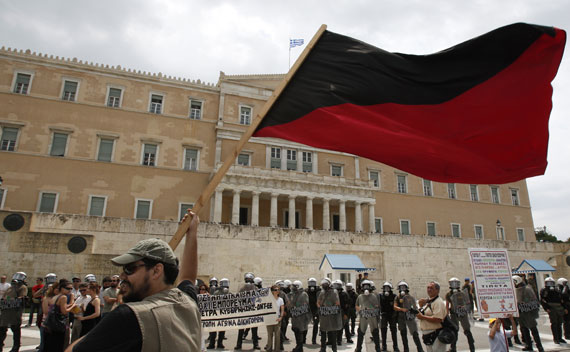 The podcast for the The World Next Week is up. I am off-site at a conference, so Robert McMahon sat down with Sebastian Mallaby, who directs CFR’s Maurice R. Greenberg Center for Geoeconomic Studies, to discuss some looming issues for next week. They talked about what to expect at the upcoming Cancun Climate Summit, the Eurozone crisis, and potential strikes in Greece and France in response to austerity measures and economic reforms. The pending report of the U.S. presidential commission on deficit reform also entered into the discussion. You can listen to their conversation here:

Along with Bob and Sebastian, a number of other experts and news outlets are considering the same issues. Reuters runs down possible outcomes of the Cancun Summit, the Guardian publishes on investors’ pressure on policymakers to cut a deal during the summit, while the UN Dispatch wonders if the Cancun will only bring a repeat of Copenhagen’s disappointing outcome. Bloomberg offers an overview of Greece’s new budget while the Economist blogs on Ireland’s imminent bailout.   CFR’s own Peter Orszag weighs in on the deficit commission’s proposal, and the New York Times reports on an alternative approach to the deficit and offers a detailed breakdown of the different options for shrinking the debt.

(Photo: A protester waves a flag in front of the Greek parliament building during an August 2010 rally related to austerity measures. John Kolesidis/courtesy Reuters).

The Gauntlet Is Thrown Down