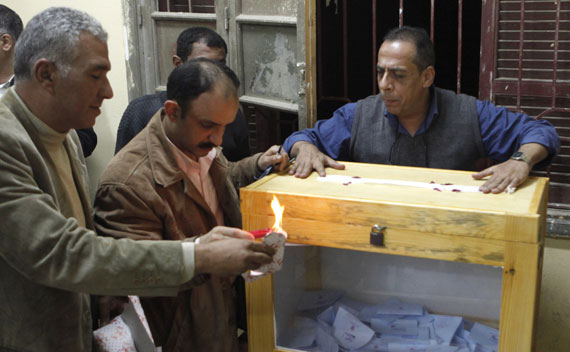 The podcast for The World Next Week is up.  Bob McMahon and I discussed the pending resumption of the P5+1 talks with Tehran on Iran’s nuclear program; the looming parliamentary vote on Ireland’s austerity budget and what it means for the broader Eurozone crisis; the immigration law case that the U.S. Supreme Court will hear next week; and this weekend’s second round of parliamentary elections in Egypt.

Many news outlets have published stories on these issues. Reuters, the Wall Street Journal, and Politico’s Laura Rozen all look ahead to the upcoming P5+1 talks with Iran. The Wall Street Journal also offers an overview of Ireland’s budget process and the New York Times outlines the Eurozone’s growing North-South divide.  SCOTUSblog presents the basics of the Arizona illegal immigration statute under Supreme Court scrutiny, while the Economist provides background on Arizona’s immigration battle.  Newsweek weighed in on what Egypt’s first round of parliamentary elections say about the health of the Egyptian state, and the Christian Science Monitor put the elections into the broader context of Obama administration policy.