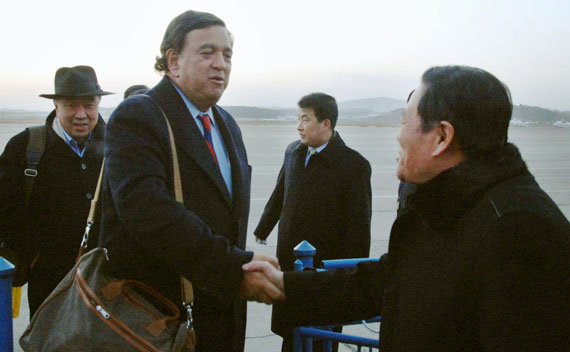 The podcast for the The World Next Week is up. Bob McMahon and I sat down to talk about the U.N. Security Council’s upcoming debate of its Afghanistan mission; the Obama administration’s Afghan strategy review; the congressional budget debates; and New Mexico Governor Bill Richardson’s visit to North Korea.

Bob and I join a host of commentators and news outlets discussing these issues. The Guardian reflects on the direction U.S. policy in Afghanistan may take following the loss of Special Representative Richard Holbrooke, while NPR outlines the complex message the Obama administration is trying to convey with its strategy review.  The Hill covers the battle over earmarks in the omnibus spending bill. The Washington Post outlines Richardson’s goals for his North Korea trip and touches on the governor’s impressive negotiating history.

Five Movies Worth Watching About the Threat of Nuclear War