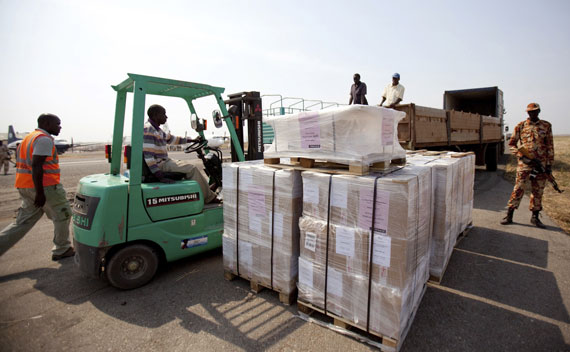 Bob McMahon and I sat down for our usual weekly podcast session but with a twist. Rather than discussing what’s on the horizon for next week, we talked about how things look to be shaping up for 2011. We discussed a range of issues, including the continued weakness of the U.S. economy; China’s role in the world; efforts to halt Iran’s nuclear program; the outlook for Iraq and Afghanistan; escalating violence in Mexico; and the pending secession referendum in Sudan.

Bob and I are not alone in our efforts to peer, however dimly, into the future. The Economist offers its take on what 2011 will likely hold in its “The World in 2011” Issue.

Of course, December is also the time for top ten lists.  The Atlantic reviews the year’s best books in foreign affairs. TIME lists the best blogs of the year, the top ten campaign ads and the top ten numbers

Finally, to keep us all humble, ForeignPolicy.com lists the ten worst predictions for 2010.  May you not make this list next year.

Obama at the Halfway Point