A 2009 poll in three of the tribal agencies found 52% of respondents believed drone strikes were accurate and 60% said they weakened militant groups. Other surveys have found much lower percentages in favour. But interviews by The Economist with twenty residents of the tribal areas confirmed that many see individual drone strikes as preferable to the artillery barrages of the Pakistani military. They also insisted that the drones do not kill many civilians—a view starkly at odds with mainstream Pakistani opinion. “No one dares tell the real picture,” says an elder from North Waziristan. “Drone attacks are killing the militants who are killing innocent people.”

Fraud is very likely second to incompetence in generating erroneous results, though it is hard to tell for certain. Dr Fanelli has looked at 21 different surveys of academics (mostly in the biomedical sciences but also in civil engineering, chemistry and economics) carried out between 1987 and 2008. Only 2% of respondents admitted falsifying or fabricating data, but 28% of respondents claimed to know of colleagues who engaged in questionable research practices.

The C.I.A. has defended its record on keeping Congress informed. In contrast, Preston, in his answers to Udall, concedes that, during the Bush years, the C.I.A. “fell well short” of current standards for keeping the congressional oversight committees informed of covert actions, as is required under the 1947 National Security Act.

In fact, Preston admits outright that, contrary to the C.I.A.’s insistence that it did not actively impede congressional oversight of its detention and interrogation program, “briefings to the Committees included inaccurate information related to aspects of the program of express interest to Members.”

“You’re looking at these people, you listen to them and you hear them out and you talk, and you realize that these are the Taliban,” said an American Army officer who served in rural areas thick with insurgents outside Kandahar, the main city in southern Afghanistan.

“It’s not that each one of them is an active insurgent — these are old men, a lot of them. It’s that they are the reason the Taliban exists. It came from where they live,” the officer said. “I think, when we take the long view here, we should be cognizant of the context. Maybe the best outcome would be Taliban in the villages and the government in the district centers.”

Overall during his presidency, Obama has spent an average of less than four days in each of the red states he lost in 2012, while he has spent an average of 23 days in each of the blue states he won, according to an analysis of data compiled by Mark Knoller of CBS News. He’s made 428 visits to blue states and 75 visits to red states.

(3PA: In February 2012, only 21 percent of Iranians opposed developing nuclear power capabilited for military use.) 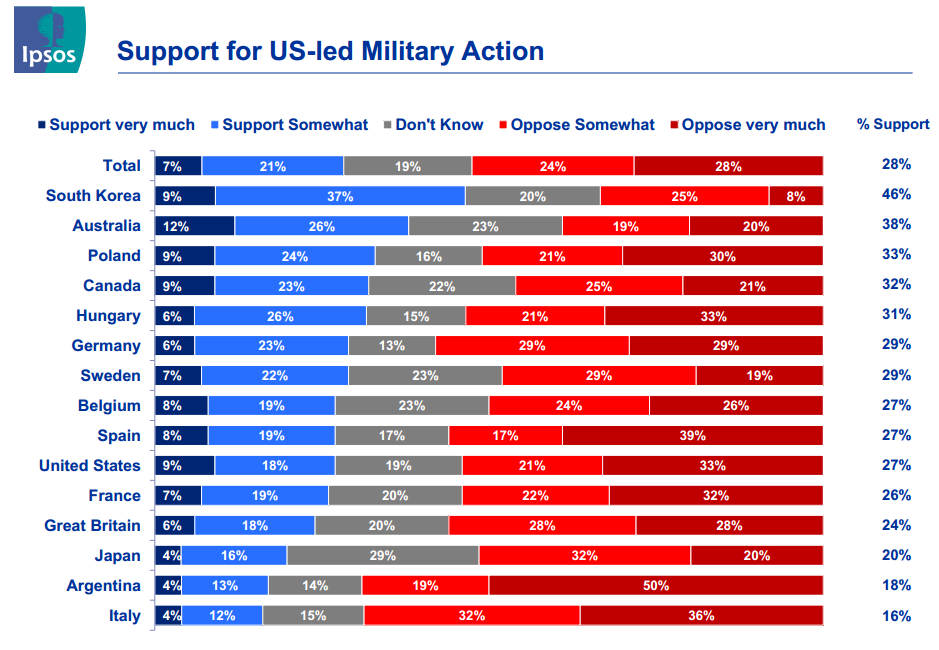 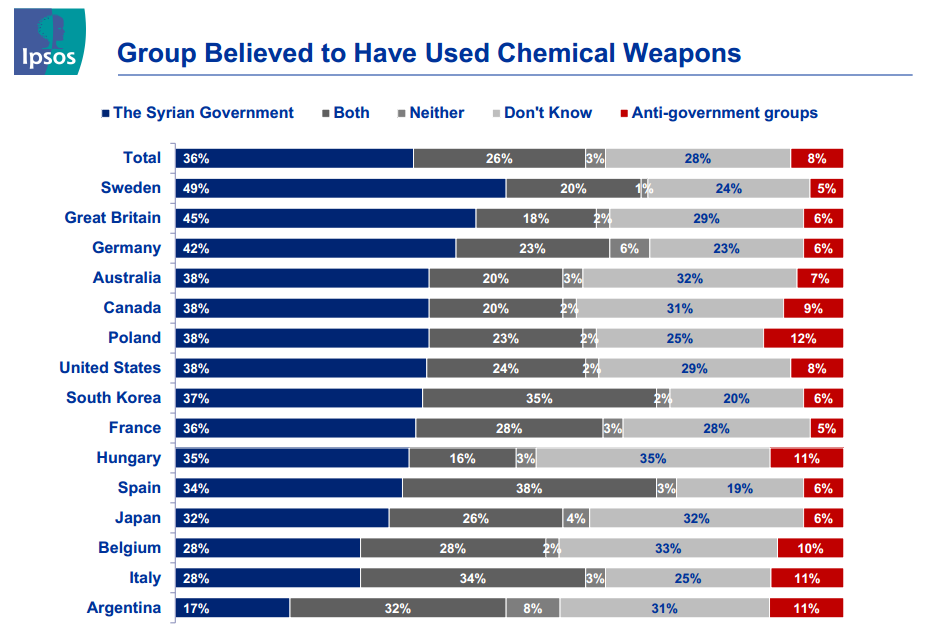 (3PA: This poll has two notable findings. First: 28 percent of the world supported U.S. military-led action in Syria, compared to only 27 percent of Americans. Second: While 62 percent of respondents believe the Syrian government used chemical weapons, fully 34 percent believe the opposition used them.)

What New Threats and Conflicts Will Emerge in 2014?