The political uprisings that have swept the Arab world over the past year represent the most significant challenge to authoritarian rule since the collapse of Soviet communism … A total of 26 countries registered net declines in 2011, and only 12 showed overall improvement, marking the sixth consecutive year in which countries with declines outnumbered those with improvements. While the Middle East and North Africa experienced the most significant gains—concentrated largely in Tunisia, Egypt, and Libya—it also suffered the most declines, with a list of worsening countries that includes Bahrain, Iran, Lebanon, Saudi Arabia, Syria, the United Arab Emirates, and Yemen. Syria and Saudi Arabia, two countries at the forefront of the violent reaction to the Arab Spring, fell from already low positions to the survey’s worst-possible ratings.

Military commanders in Afghanistan have stopped making public the number of allied troops killed by Afghan soldiers and police, a measure of the trustworthiness of a force that is to take over security from U.S.-led forces.

The change in policy comes after at least three allied troops have been killed by the Afghan troops they trained in the past month and follows what appears to be the deadliest year of the war for NATO trainers at the hands of their Afghan counterparts.

(3PA: Between May 2007 and May 2011, at least fifty-eight Western troops were killed by Afghan soldiers in twenty-six separate attacks--representing 6 percent of all hostile coalition deaths during that time period.)

In response to these challenges, the United States has decided to join with the European Union and other nations to develop an International Code of Conduct for Outer Space Activities. A Code of Conduct will help maintain the long-term sustainability, safety, stability, and security of space by establishing guidelines for the responsible use of space.

As we begin this work, the United States has made clear to our partners that we will not enter into a code of conduct that in any way constrains our national security-related activities in space or our ability to protect the United States and our allies. We are, however, committed to working together to reverse the troubling trends that are damaging our space environment and to preserve the limitless benefits and promise of space for future generations.

(3PA: For more information, see the accompanying factsheet and read my Policy Innovation Memo from November 2011.)

"We haven’t made any decision to do this," adding, "This entire thing is very far off."

The assertion by Defense Minister Ehud Barak was at least the third indication from the Israeli government in the past few days that it was not considering armed confrontation over the nuclear issue with Iran anytime soon, and it came amid signs that Iran and Western powers led by the United States might resume talks that have been stalled for a year.

(3PA: See chapter four for which lessons from Israel’s fight against "hybrid opponents" in Lebanon and the Gaza Strip are applicable to potential adversaries of the U.S. military.)

They catalog more than 70 catastrophic Air Force drone mishaps since 2000, each resulting in the loss of an aircraft or property damage of $2 million or more.

Keep in mind that the 70-plus accidents recorded in those Air Force documents represent only drone crashes investigated by the Air Force under a rigid set of rules. Many other drone mishaps have not been included in the Air Force statistics.  Examples include a haywire MQ-9 Reaper drone that had to be shot out of the Afghan skies by a fighter jet in 2009, a remotely-operated Navy helicopter that went down in Libya last June, an unmanned aerial vehicle whose camera was reportedly taken by Afghan insurgents after a crash in August 2011, an advancedRQ-170 Sentinel lost during a spy mission in Iran last December, and the recent crash of an MQ-9 Reaper in the Seychelles Islands.

Due to the recent acceleration in UAS production and drawdowns in manned aircraft, manned aircraft have gone from 95% of all DOD aircraft in 2005 to 69% today. Previously described as complements to, or augmentation of, manned aircraft, user demand and budgetary push have increasingly promoted UAS into a principal role. 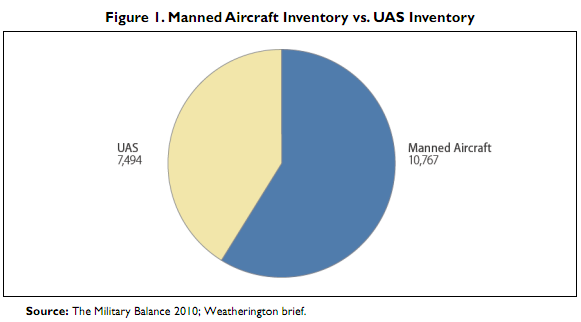 (3PA: This is a great resource for the basics of the U.S. covert drone program.)

In contemporary cross-country data, measures of women’s rights and development are highly correlated. The fact that women in today’s least developed countries have the least legal rights might suggest that rights will expand naturally once economic development takes hold, just as they did in developed countries. However, there are important differences between today’s poor countries and the historical situation in rich countries. Focusing on the cases of the United States and England, we show that the historical expansion of women’s rights unfolded through distinct stages: basic economic rights came first, political rights were next, and equal treatment in the labor market and greater control over their own body ultimately followed. In contrast, in most African countries women gained formal political rights (as part of the end of colonialism) before obtaining economic rights. Moreover, there are many specific traditions (such as foot binding, child marriage, and witch killings) affecting the rights of women that are specific to certain cultures.

If Israel attempts such a high-risk and destabilizing strike against Iran, President Obama will probably learn of the operation from CNN rather than the CIA. History shows that although Washington seeks influence over Israel’s military operations, Israel would rather explain later than ask for approval in advance of launching preventive or preemptive attacks.

Toward an International Code of Conduct for Space