The U.S. military’s drones are defenseless against enemy fighters — as an incident this month over the Persian Gulf shows. But that wasn’t always the case. In 2002 the Air Force fitted some of its early-model Predator drones with short-range Stinger air-to-air missiles. But even with the right weaponry the robots were likely a poor match for enemy fighters, and the Air Force ultimately stripped them of the missiles.

That decision had ramifications a decade later on Nov. 1, when a pair of Iranian Su-25 attack jet pilots tried their damnedest to shoot down an unarmed Predator conducting what Pentagon spokesman George Little dubbed “routine surveillance” over the Persian Gulf 16 miles off the Iranian coast.

The Predator fled for safer airspace, but not before the Iranians made two passes firing 30-millimeter cannons.

On average, women make up about 20 percent of lawmakers in the United States and abroad. We found that when women constituted 20 percent of a decision-making body that operates by majority rule, the average woman took up only about 60 percent of the floor time used by the average man. Women were perceived — by themselves and their peers — as more quiescent and less effective. They were more likely to be rudely interrupted; they were less likely to strongly advocate their policy preferences; and they seldom mentioned the vulnerable. These gender dynamics held even when adjusting for political ideology (beliefs about liberalism and egalitarianism) and income.

In contrast, the men in our experiment did not speak up less or appear to lose influence when they were in the minority.

In our experiment, groups with few women set a minimum income of about $21,600 per year for a family of four — which is close to the federal poverty level for a family of four. But once women made up 60 to 80 percent or more of a group, they spoke as much as men, raised the needs of the vulnerable and argued for redistribution (and influenced the rhetoric of their male counterparts). They also encountered fewer hostile interruptions.

Significantly, they elevated the safety net to as much as $31,000. The most talkative participants in these majority-female groups advocated for even more government generosity: $36,000, enough to catapult many poor families into the ranks of the lower middle class.

A Yemeni intelligence officer was assassinated in a drive-by shooting by unidentified gunmen Wednesday in the capital, Sanaa, in the latest attack against security forces in the country, officials said.

Officials say at least 55 military, intelligence and police officers have been killed in Yemen since mid-2011. Most of the assassinations focused on individuals working in counterterrorism operations.

According to statistics supplied to the commission by San Francisco-based service provider CloudFlare Inc., attacks account for about 15 percent of global Internet traffic on any given day.

That “plummeted to about 6.5 percent” around Oct. 1, 2011, China’s National Day, “when many workers take leave,” according to the draft report.

Greg Jaffe, “The World Is Safer. But No One in Washington Can Talk About It,” Washington Post, November 2, 2012. 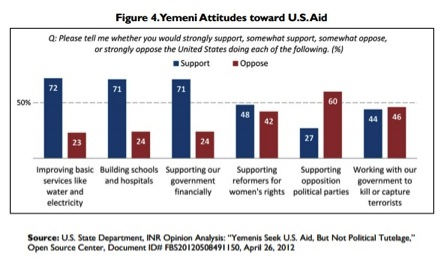 How Free Are American Elections?

Virtual Roundtable: The Crisis in Nagorno-Karabakh