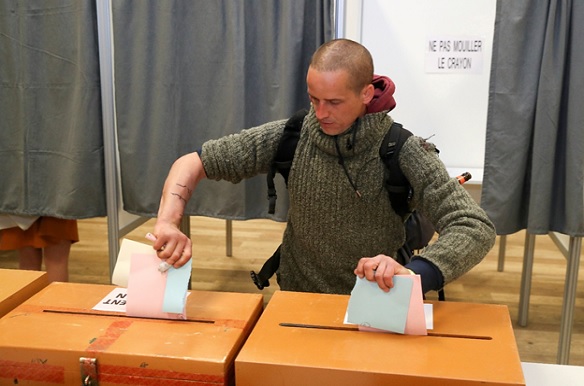 May was not a bad month for democracy. After India’s 900 million eligible voters were invited to cast their ballot, up to 430 million across 28 EU member states had a chance to go the polls in the world’s second biggest democratic elections: those for the European Parliament.

Usually labelled as ‘second order elections’ (with those at national level referred to as first order), the EP vote mattered this time as an exercise of self-awareness and a thermometer to gauge the power of populism after Europeans gasped in disbelief when a majority in Britain voted to leave the EU in a referendum in 2016, and then gasped again when Americans put Donald Trump in the White House.

In the past crisis-ridden decade, the EU has witnessed the Europeanisation of national politics. The question of how Europe can protect its citizens from the impact of migration, climate change, digitisation, and great power rivalry has dominated political debates from the grassroots up. The seismic shock of the Brexit referendum and the electoral upsets by nativist and Eurosceptic parties across the continent show that, in the EU too ‘all politics is local’ but that the politics in one member state spill over to the next. Unlike in the UK, most of Europe’s populists no longer want to take their respective countries out of the EU – the chaos of Brexit has seen to that. In 2016, at least 15 parties were campaigning for a referendum on EU membership; today, faced with 30-year-high approval ratings for the EU across the continent (68%), they instead want a different kind of EU, focused more on security and immigration.

The last EP elections, in 2014, took place in an age of innocence compared to more recent times, in which an onslaught of foreign anti-EU propaganda – both from Russia and groups in the US, far-right disinformation campaigns, and an unholy alliance of hackers, bots and trolls compete with normal journalism on European voters’ screens. The anti-EU campaigns use hate speech, fake, sexual and violent imagery designed to provoke disgust. Far-right leaders like Italy’s Interior Minister Matteo Salvini and Hungarian Prime Minister Viktor Orbán have accused Merkel, Macron, Juncker and Soros of being “traitors” for their “abusive occupation of the continent organised from Brussels”, whereas federalists such as European liberal group leader Guy Verhofstadt have traded similar barbs against the likes of Nigel Farage and Marine Le Pen for abusing their membership of the EP to destroy the EU from within.

With the 2019 EP elections, Europhiles were holding their breath to see if the iconoclasts could storm to new heights in ‘Brussels', as predicted by pollsters in France, Germany, Italy, Hungary, Poland, the UK and elsewhere. But the ‘nationalisation’ of European politics has not occurred, at least not to the extent predicted in the opinion polls.

While the far-right has gained overall and the centrist left/right duopoly lost considerably, the centre has held. Centrist parties have a stronger mobilisation of the silent majority to thank for, notably in big member states such as France, Germany and Poland. For the first time in the EP elections 40 years’ history, overall turnout rose: it was 8% higher than five years ago and now stands at 50%.

The conservative European People’s Party (EPP: 178 seats) and the centre-left Socialists & Democrats (S&D: 152 seats) – whose politicians have long held the top jobs in Brussels – have lost their joint majority in the parliament for the first time in 40 years. With 116 seats, the liberal/En Marche alliance has become the third biggest force in the parliament. The Greens now have 74 Members of the European Parliament (MEPs), making their biggest gains in Germany and Ireland. With one or both of the ‘king-makers’ on board, a centrist coalition with the EPP and the S&D would have a comfortable pro-European majority.

As coalitions will be forged in the coming days and weeks, the European Alliance of Peoples and Nations (EAPN), a brand-new anti-immigration group which includes Salvini’s Northern League, Le Pen’s National Rally, Geert Wilders’ Party for Freedom, the Alternative for Germany, the Finns Party, the Danish People’s Party and four others, is set to become a force to be reckoned with. If two of Europe’s strongest nationalist parties – Poland’s ruling authoritarian Law and Justice (PiS) party, currently in the European Conservatives and Reformists bloc, and Viktor Orbán’s illiberal Fidesz, currently suspended from the EPP, decide to switch to the EAPN, then the new alliance will become the fourth or even the third largest. EU-critical MEPs are thus likely to win key policymaking positions in parliament, such as committee chairs, and will be able to shape the policy agenda.

The fragmentation of the European parliamentary spectrum and the surge of the far-right has spooked many. It has fuelled speculation that the co-legislature could be paralysed now that a quarter of the MEPs are fiercely Eurosceptic and anti-EU. That number will go down if the Brexit Party’s 28 MEPs withdraw from the EP when the UK leaves the EU. But this prospect doesn’t take away the fear of major disruption in the EP, in particular over parliament’s central power in EU budget negotiations. In a break with the past, the liberals and the Greens have already warned the EPP and S&D that they should thrash out a coalition programme for the next European Commission or risk gridlock in policymaking until 2024.

But this is perhaps giving too much credit to the ability of nativists to rally behind a single flag. The Salvini-Orbán brand is a different type of Eurosceptic force than the Farage-Le Pen one. Whereas Farage and Le Pen have used the EP for exposure and funding for their own parties at home, they were not present in the EP’s daily work to have any legislative impact. Salvini and Orbán, however, are in government at home and want to weigh in on the European decision-making process, starting from migration, asylum and the future of Schengen, the passport-free travel zone. Arguably there are too many diverging national interests, radically different economic and social policies, as well as diametrically opposing views on Russia, that stand in the way of forming and maintaining a coherent European parliamentary group on other topics than anti-immigration.

Yet their electoral gains are a good thing in terms of representative democracy. Now that the European Parliament presents a more accurate reflection of public opinion across the EU, the EU’s rule-making machine could finally be faced with the opposition it needs. This could energise policy debate in Europe’s only directly-elected democratic arena for deciding continental matters.

That said, the EU is a union of states and citizens. The venue where events politics are decided is the European Council, the gathering of national leaders. The euro crisis, Russia's aggression against Ukraine, Brexit, the refugee crisis, and Donald Trump's ‘America first’ politics, have required the heads of state or government to deal with emergencies and think more strategically about the future of Europe.

While the EP has previously insisted that the next president of the European Commission should be the lead candidate from one of the large European political families, a considerable number of heads of state or government, in particular those belonging to the liberal group (which put seven Spitzenkandidaten forward rather than one), want to hold onto their prerogative of choosing the new Commission president and defining a working programme for the EU executive.

Yet, in spite of MEPs having been elected according to national lists and national electoral laws, following campaigns organised by national parties, and even if the lead candidates from the Europe-wide party groups will be discarded by the heads of state and government who nominate the next EU-level incumbents, there’s no denying that a European political space has emerged.

More from the Council of Councils
Biden and the World: Global Perspectives on the U.S. Presidential Election
The UN Turns Seventy-Five. Here's How to Make it Relevant Again.
How U.S. Civil Protests Resonate With Publics Worldwide
Drag