Council of Councils
Global Perspectives
Brexit Is Here: The EU and UK Must Brace for the Consequences
Global Memo by Chatham House, SWP, IAI, and CEPS
Jan 30, 2020
Global Memos are briefs by the Council of Councils that gather opinions from global experts on major international developments. 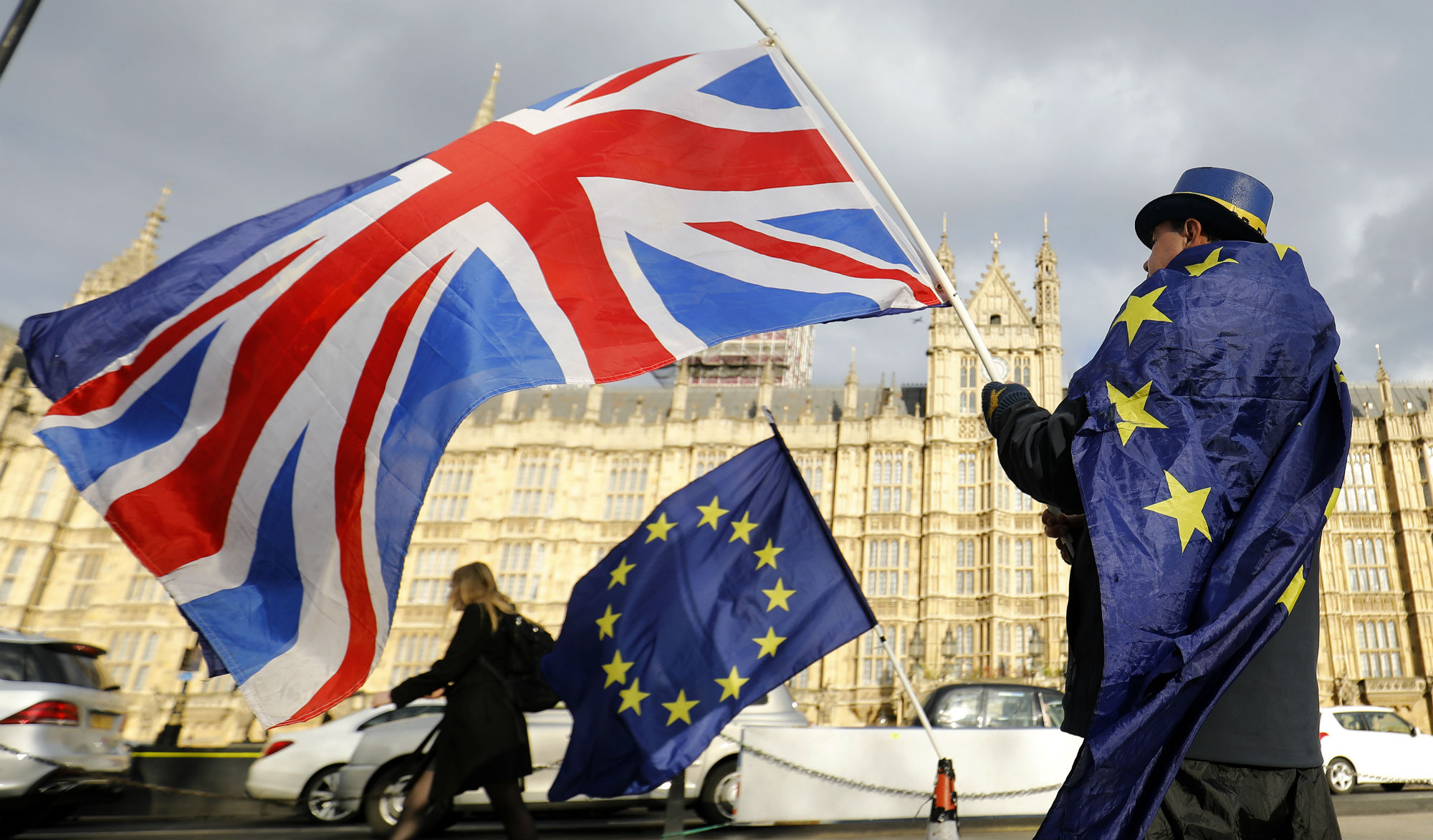 Council of Councils global perspectives roundups gather opinions from experts on major international developments. In this edition, members of four leading global think tanks offer their perspectives on the regional and global impact of the United Kingdom’s January 31 departure from the European Union.

When the United Kingdom (UK) voted to leave the European Union (EU), few expected that the ensuing negotiations would take over three years and trigger two general elections. Disagreement over the extent of and timeline for the UK’s separation from the bloc continued through the end of 2019. Only after the UK Conservative Party’s landslide victory in December did the path forward become clear. While the UK will formally leave the EU on January 31, 2020, it now enters a transition period during which it will remain in the EU’s customs union and single market until their future relationship is hashed out. Still, the Friday exit undoubtedly marks a new chapter in the Brexit saga. 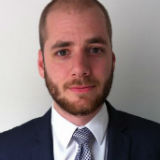 Brexit will reshape the UK’s position in the world, as the country exits the EU’s common institutions, establishes an independent trade policy, and recalibrates its international relationships.

This is an opportunity to reexamine the assumptions that have guided British foreign policy for the last few decades. Too often, the vision of the UK’s post-Brexit foreign policy has been reduced to glib enthusiasm about trade deals with Anglosphere countries. What Britain needs is a more clear-eyed assessment of how to protect and promote its interests from outside the EU, in a way that is realistic about its size and influence and that reflects the type of country it is today. Britain remains a significant, if thinly stretched, military power, and it will hopefully continue to be a champion of international development, human rights, and liberal values. Through its planned Strategic Defence and Security Review, the government will have to navigate various interests, values, ambitions, and resources, which will include some difficult trade-offs.

The first building block of a post-Brexit UK foreign policy should be a new working relationship with the EU, which will continue to be the country’s largest trading partner. A pragmatic foreign policy partnership is a central part of this: Close cooperation in fields such as law enforcement and on issues including sanctions and climate change will be mutually beneficial. But building a comprehensive new relationship will take time.

The UK will regain power over its trade policy. While this creates the potential for a nimbler approach, the country will struggle to compensate for the shortfall in UK-EU trade and the departure comes at a time when trade policy is increasingly linked to other issues. Taking back control of trade policy also means repatriating more of the politics and complications that trade deals provoke. Focusing on new agreements with midsize partners, rather than a contentious deal with a politically volatile Trump-led United States, makes sense.

More broadly, the UK could seek to recalibrate its diplomatic relationships. It could try to expand the E3 format with France and Germany, or develop more initiatives with like-minded middle powers such as Canada and Japan. Avoiding being caught between the United States and Europe will be a recurring challenge, particularly if President Donald J. Trump wins a second term. The UK is not as well-placed today to play the bridging role it has sought in the past, but it should still try to be an engine for transatlantic cooperation: Its security ties with the United States will remain deep, economic gravity will keep it in the EU’s orbit; and, for the moment at least, it is politically in tune with France and Germany on issues including climate change, global trade, and the Middle East. A tough balancing act lies ahead. 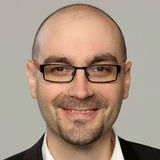 From a foreign policy perspective, Brexit remains a lose-lose exercise. While the UK has been a reluctant supporter of EU foreign policy and security cooperation, it is losing direct access to a framework that has benefited it. The EU, meanwhile, is losing one of its main military and diplomatic powers and a permanent member of the UN Security Council. Three challenges stand out.

First, unlike other policy areas, Brexit will have immediate consequences for EU foreign and security policy. Until the end of 2020, EU laws will continue to apply in the UK, though the country will leave the EU’s institutions as of January 31. However, EU foreign policy is less about laws than about constant coordination at all levels among EU institutions. The UK used such coordination to facilitate the European response to the 2018 attack on Sergei Skripal, for instance. It will no longer sit at that table.

Second, EU states and the UK share an interest in finding new ways to cooperate as soon as possible. The size of the UK is more of a problem than an advantage. The third-country mechanisms the EU typically employs for countries such as Norway allow them to participate in EU operations or sanctions, but without a say on their strategic direction. This format will not work for the UK, and the EU will not be willing to give a third country full access to its decision-making. This will further strengthen the trend in European foreign policy away from the EU framework and toward bilateral and multilateral formats such as the E3 grouping.

Third, the UK will find itself torn between two poles when the United States and the majority of EU members diverge on major foreign policy issues. The UK will no longer function as a transatlantic bridge; to the contrary, it will likely often be forced to pick a side. Remarkably, although a free trade agreement with the United States is a major aim of post-Brexit UK, it has sided more often with its European allies on major issues since the 2016 Brexit vote, including Iran tensions, the Paris Agreement, and, most recently, Huawei’s 5G access. Following the UK’s exit, as London starts difficult trade negotiations with both Brussels and Washington, this struggle over influence will intensify—and it will become more difficult for the UK to maintain a balanced position. 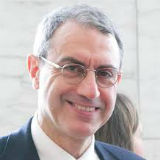 On January 31, the UK will enter a complicated transition period during which it will have to negotiate new bilateral relations with the EU. The British government aims for a “zero-tariff, zero-quota” free trade agreement (FTA) with the EU, but it rules out a regulatory alignment that would keep it anchored to the EU legal order and limit its freedom to strike FTAs with other countries. Prime Minister Boris Johnson’s goal is to give British economic policy a “global dimension.”

The EU favors an ambitious trade deal, but only in exchange for provisions that ensure a level playing field, including regulatory convergence in sectors such as the environment, state aid, and workers’ rights. The priority for Brussels is to preserve the integrity of the single market. Filling the gap between the two sides’ stances won’t be easy, especially by the end of 2020, the binding deadline that Johnson and his government have promised to meet at any cost. He could very well lose this race against time. In fact, Johnson’s critics still raise the specter of a cliff-edge Brexit.

At the same time, the UK seeks to prioritize an FTA with the United States. The Donald J. Trump administration, which has been an ardent and active supporter of Brexit, ostensibly plans to use the trade talks with the UK to further insert a wedge between London and Brussels. It has encouraged the UK negotiators to seek full regulatory autonomy. No doubt, if London reaches a deal with Brussels that entails regulatory convergence, U.S.-UK trade negotiations, particularly on food and animal products, would become much more complicated.

While the EU’s red lines may prove too stringent for a UK government eager to restore its sovereignty, the United States is urging the UK to deregulate some economic sectors, such as pharmaceuticals, which could provoke considerable popular opposition. Similar anxieties and insurmountable divergences over standards led to the failure of negotiations for the Transatlantic Trade and Investment Partnership (TTIP). At a certain point, London will have to choose between the European and U.S. regulatory models. 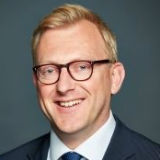 After decades of expansion and integration, the European Union has lost a member. So far, the bruising Brexit experience has strengthened rather than weakened the cohesion of the twenty-seven remaining partners. However, if the EU wants to keep the UK’s exit from marking the end of an “ever closer union,” the bloc needs to take at least three main lessons.

There is strength in unity. The European Council’s guidelines for Brexit have deliberately afforded the European Commission minimal flexibility in negotiating on behalf of the bloc, a unity that stands in sharp contrast to the deep splits in the UK. For the crisis-ridden EU, this is an uplifting experience, especially given that its members often disagree on foreign policy challenges. Economic and regulatory power define its core, but the EU is a political endeavor well beyond a mere free trade arrangement. The case of Ireland shows that being an EU member can give a country extra protection as well as clout to further its national interests.

Interdependence cannot be denied. The modern international system is largely built on two fictitious notions of sovereignty, one that insists on the sanctity of national boundaries and another that hails the monopoly of decision-making authority within those borders. The Brexit debacle reveals just how difficult and costly it is to maintain this fiction. The Irish backstop has made vividly clear what was apparently absent in the UK imagination: by pooling together with others, a country might give up a modicum of theoretical sovereignty, but gain a great deal of real-world strength. The EU too will have to accept that interdependence is a double-edged sword. The departure of the UK will weaken the EU. As neither side controls the framing of their future relationship, both are responsible for limiting the damage from the divorce. The EU should be wary of the downsides of an overly legalistic posture, especially in areas where UK involvement would directly benefit the Union, notably security and defense.

EU debates are won or lost at the national level. The political mess and economic uncertainty that Brexit has created in the UK have prevented a domino effect of other countries exiting the EU. The populist tide has been receding in many parts of the continent, and Brexit has been a great boon for the EU in an increasingly hostile international environment. But this is no time for hubris. Brexit should serve as a warning to all as to what happens when ordinary people see the EU as distant, unaccountable, and out of touch. The real test for the EU will come when the next recession comes, as it will, and national governments again use the Union as a scapegoat for many of their own failings, as they will. The EU needs to change and work from the bottom up, representing citizens better to defend a Europe in which the next generations can thrive.

More from the Council of Councils
Biden's Summitry Was Reassuring for the West. Now Comes the Hard Part.
Biden's Welcome Climate Reboot and the Daunting Diplomacy Ahead
U.S. Capitol Breach Was a Shot Heard Round the World
Drag