What can the world expect for climate change in 2020? Four Council of Councils experts discuss the most important risk, challenge, or opportunity they foresee for the coming year. 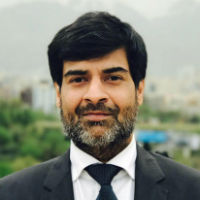 The changing climate is a clear and present danger and its deleterious consequences are global. Humankind needs clarity as well as more ambition if efforts to make peace with the planet are to succeed. The Paris Agreement was one small step in this direction, but it is insufficient. Countries will need to make more comprehensive pledges along with drastic emissions cuts. All of this will have to be done during the Fourth Industrial Revolution, which will alter the patterns of production and consumption and create stronger links between economic and environmental priorities.

For developing countries such as India, the challenge will be to leverage this new moment to leapfrog the twentieth-century paradigm. New economic opportunities in green sectors will complement the information economies driving growth in many parts of the world, and the two together could well form the core of the Green New Deal that many are seeking.

For the developed world, the challenge is different. There will be louder demands of those countries to meet their financial obligations on climate change in 2020. This global expectation will sharpen as the United States and the European Union are busy tripping over their domestic politics. This will likely lead to disharmony in global climate efforts. As developing states attempt to green their economies, developed ones will likely try to shirk their obligations.

Next year will determine how the world navigates this massive challenge. The battle against climate change will almost certainly be won or lost in emerging economies. Their green industrialization efforts will need to be supported by innovations in a global financial system currently held hostage by the developed world’s preoccupations with itself. 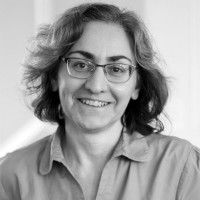 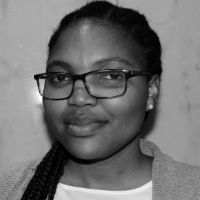 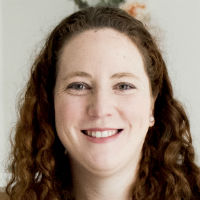 The window for action to avoid the most catastrophic effects of a warming world is shrinking. Current projections show that, even if countries meet their nationally determined contributions (NDCs), the world is still on track to be 3 degrees Celsius warmer by 2100, with increasingly severe and frequent floods, droughts, fires, and storms. Global emissions will have to peak by 2020 in order to limit temperature rise to 1.5 degrees Celsius. As more countries recognize the importance of resilient ecosystems, their NDCs will increasingly emphasize comprehensive and systematic climate action. Marine and coastal ecosystems are likely to receive increased focus, in particular, due to their important roles as carbon sinks and for energy production.

The year 2020 will mark five years since the Paris Agreement was signed, and will be a time for the world to take stock and set new carbon-cutting targets. Some leaders in the fight against climate change, such as the European Union, are struggling to reach consensus on setting more ambitious emissions-reduction goals. The United States, the world’s second-largest emitter, after China, is set to withdraw from the Paris Agreement one day after the 2020 U.S. presidential election, which could create a political void in the lead-up to the twenty-sixth Conference of the Parties (COP26) to the UN Framework Convention on Climate Change in Glasgow, Scotland. Additionally, the UN biodiversity conference next year aims to draw up a global biodiversity framework that is aligned with the UN Sustainable Development Goals.

The scale of ambition required in both instances is significant. The planet faces a ticking time bomb, and the necessary changes are unlikely to be realized in the cut and thrust of negotiations. Coordinating action across sectors and across levels of government is one of the greatest diplomatic challenges to combating climate change. Until then, climate protests from civil society groups and youth are likely to persist, with only a decade to go before the planet sees irreversible changes. 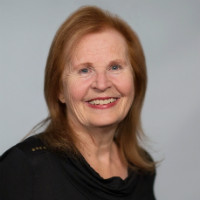 Look for the Financial Sector to Lead on Climate Action

It is difficult, in light of accelerating greenhouse gas emissions and ever-increasing evidence of climate-related effects and disasters, to be optimistic about limiting global temperature rise. However, the financial sector has shown some encouraging signs for climate action. The Paris Agreement pushes countries to adopt a low-carbon economic system, but significant investments will be needed to achieve this.

Recent developments appear to advance this objective. In 2017, the Group of Twenty (G20) Financial Stability Board recommended that companies disclose climate-related risks in their financial reporting. This will help companies to address climate risks and keep investors informed. Also in 2017, eight central banks established the Network of Central Banks and Supervisors for Greening the Financial System, now with more than forty members. The group aims to enhance the financial system’s role in managing risks and mobilizing capital for green investment. In April 2019, the Coalition of Finance Ministers for Climate Action [PDF] was launched with the objective to use public finance and fiscal policy to advance climate action. Finance ministries, together with corporations, have a crucial role to play in the global shift to a low-carbon economy. These initiatives to address climate change through the financial system can form a foundation for the transformations so urgently needed to limit temperature increase and preserve the planet for present and future generations. In 2020, the financial sector should take an even larger and more visible role to accelerate the shift to a low-carbon global economy.

Next year, signatories of the Paris Agreement are due to submit new nationally determined contributions to combat climate change. They are meant to upgrade their ambitions for climate protection and financial aid, and submit long-term plans to reduce greenhouse gas emissions to net zero by the middle of the century. All of these deliverables are due in December 2020, at the twenty-sixth Conference of the Parties (COP26) to the UN Framework Convention on Climate Change in Glasgow, Scotland. Unfortunately, these new goals will likely not be sufficient to stay within the Paris Agreement’s target for global temperature rise.

The biggest political challenge to mitigating climate change will be the official withdrawal of the United States from the Paris Agreement, which is set to take effect in November 2020. This leadership vacuum will likely be filled by the European Union, which is headed by a new, climate-ambitious European Commission president. Nevertheless, EU member states will struggle to agree internally on setting more ambitious climate targets for 2030. While some will want to make a multilateral climate agenda a top priority, others will object to what they believe will be costly measures.

As the Donald J. Trump administration continues to pursue its America First foreign policies, Beijing is likely to further downgrade its commitment to international climate talks. However, China’s interest could be reactivated, for example, by linking investments in the country’s Belt and Road Initiative to climate cooperation.

Brazil and other Latin American countries will be preoccupied with domestic social unrest. Yet, more extreme weather events, along with further evidence that climate change hits the poorest the hardest, will add to the pressure on the region’s liberal and authoritarian governments alike.

In summer 2020, Germany will hold a debate on climate-related security risks at the UN Security Council, which could provide some much-needed urgency to follow up on the Paris agenda.

More from the Council of Councils
Biden's Welcome Climate Reboot and the Daunting Diplomacy Ahead
U.S. Capitol Breach Was a Shot Heard Round the World
Up in the Air: Ten Global Summits That Will Test Joe Biden in 2021
Drag