Council of Councils
Global Perspectives
A Final Chapter for the WTO? Five Experts Give Their Assessments
Global Memo by CIGI, FGV, CFR, RSIS, CEPS
Dec 11, 2019
Global Memos are briefs by the Council of Councils that gather opinions from global experts on major international developments.

Council of Councils global perspectives roundups gather opinions from experts on major international developments. In this edition, members of five leading global think tanks offer their perspectives on the World Trade Organization’s (WTO) Appellate Body losing its quorum this week, and where the WTO can go from here. 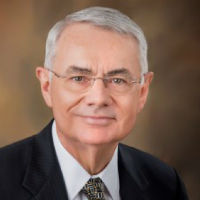 In 1995, I accepted an appointment as one of the seven founding members of the World Trade Organization’s (WTO) Appellate Body. I did so for two reasons. First, I hoped that by helping to uphold WTO treaty obligations, I could help establish the rule of law in international trade. Second, by proving that the rule of law could be upheld in trade, I hoped to help inspire the thought that we could find ways to uphold the international rule of law generally. In the quarter of a century since, my colleagues and successors have consistently upheld the rule of law in trade, in keeping with their mandate in the WTO treaty. The Appellate Body is not perfect, nor have all its rulings been perfect. No human institution is ever perfect. Yet, in its brief time, the Appellate Body has become the most significant and most successful international tribunal in the history of the world.

Now, to our shame as Americans, our own country, which did so much to help create the rule of law in trade, is trying to replace the rule of law with the rule of power by destroying the Appellate Body. President Donald J. Trump’s administration has refused to join other WTO members in appointing new judges. Down to one member, the tribunal is unable to hear new appeals. Trump and his anti-trade enablers have justified their intransigence with the same kinds of lies that have been typical in the president’s actions in so many other areas of public responsibility. Repeatedly, they have made charges against the Appellate Body that are either false or trumped up. This technique seems to have worked—for now. But their actions are not worthy of the United States. Americans must do better than this if we still hope to work with others and provide positive leadership for the world. When we wake from our current national nightmare, I believe the United States will once again provide leadership as a firm advocate for the international rule of law. 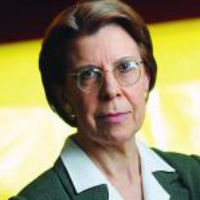 Time for a WTO of All Minus One?

When a group with common interests decides to create a club, that group must consider not only the potential benefits but also the costs, and they must agree on rules regarding how they will reach their objectives together. When a member, after decades of progress, decides to block the club’s activities, the others should try to understand the problem and find a resolution. When that member dismisses all proposals and hinders the club’s functioning, it is time for the other members to take a new approach: continue the club’s activities without that member.

This is what has happened to the World Trade Organization’s Dispute Settlement Body (DSB) and its Appellate Body. The United States was the main power behind the creation of the 1948 General Agreement on Tariffs and Trade and its successor, the WTO, including one of the most important achievements of the global trading system—its dispute settlement mechanism. The DSB’s main objective is to defend a freer trade, and the body has been a powerful mechanism to implement multilateralism, with the United States as its main beneficiary.

However, Washington has disagreed with various Appellate Body decisions, describing them as activist and overreaching, and since 2017 has sought to unilaterally strip WTO members of their right to a dispute settlement procedure. The United States has every right to oppose the Appellate Body’s practices; however, it does not have the right to keep other WTO members from using the dispute settlement mechanism.

Many lawyers and scholars have unsuccessfully tried to end this impasse. Unfortunately, this is an issue only high-level diplomacy can resolve. It is time for the WTO and its members to face their only two options: create a parallel body without the United States, or continue the multilateral trading system—with the DSB and Appellate Body as its cornerstone—without the United States out.

It is past time for rethinking the WTO’s role in the multilateral trading system. Now, it unfortunately seems it is an organization for all minus one! 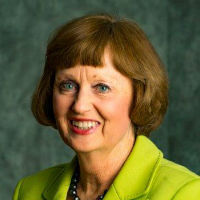 The WTO and the rules-based trading system face an existential threat from the Trump administration’s efforts to block appointments to the WTO’s top court, the Appellate Body. As of December 11, it has too few members to decide cases, potentially leaving pending appeals in limbo and threatening to turn every future trade dispute into its own mini trade war.

The difficulty for trade negotiators is that no one knows whether the Trump administration is seeking real reform to address long-standing U.S. concerns with the Appellate Body or it simply wants to kill it and, with it, the rules-based system for resolving trade disputes. Many fear that Trump’s true goal is a return to might-makes-right trading rules, despite the uncertainty such an approach creates for everyone participating in today’s highly globalized trading system.

How quickly the world descends into trade chaos will depend on other WTO members’ response to a nonfunctioning Appellate Body. If countries choose to file appeals anyway, the rules-based system will quickly unravel. Disputes will go unresolved since no action can be taken while an appeal is pending and appeals pend indefinitely in the absence of a functioning Appellate Body. On the other hand, if countries decide to simply accept the ruling of panels without an appeal or to utilize arbitration in lieu of the formal appeals process, the system could stay alive, albeit on a case-by-case basis and with little hope that the United States will participate.

The absence of a binding dispute settlement system also makes it less likely that WTO members will agree to new rules, on areas ranging from digital commerce to enhanced services trade, since there’s no binding dispute system to hold countries to new commitments. Gone too may be the restraining effect current rules have had on WTO-illegal trade barriers.

Resetting the dispute settlement process is possible, but getting there will require the United States to demonstrate that it can do more than tear down the system. Now the harder work of rebuilding and reforming the WTO must begin. 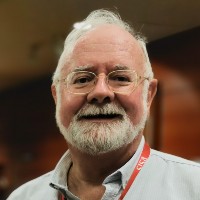 A More Unilateral Approach Will Not Help the United States

The Trump administration’s attacks on the WTO’s Appellate Body are the most destructive manifestation of its antagonism toward multilateralism. The U.S. veto on the appointment of new Appellate Body members means that the body will not be able to hear new cases as of December 11, and Washington’s move at the end of November to block funding for the Appellate Body appears designed to stop it from ruling on existing cases as well.

This is an assault against an international body that the United States was instrumental in setting up in 1995, and one in which the United States is well represented—there has always been an American among the seven Appellate Body members—and has won more cases than it has lost.

U.S. criticism of the Appellate Body predates President Trump. Its rulings on antidumping cases have long riled the U.S. steel lobby, for example. Under President Barack Obama, there was a growing view that the Appellate Body was exceeding its mandate and creating judge-made law. The Obama administration blocked the second term of Jennifer Hillman on the Appellate Body to appease these interests.

However, the Trump administration’s scorched-earth tactics are unprecedented. Yet, other WTO members have expressed understanding for U.S. concerns. Many acknowledge that the Appellate Body’s reach has expanded in the absence of new plurilateral negotiations. Canada, the European Union, and others have proposed WTO reforms. But the United States has refused to participate meaningfully in those efforts.

As in trade policy in general, the assumption appears to be that the United States will do better against China and others by using its unilateral strength, unchecked by WTO rules. Even for the United States, this is not working. For smaller economies, a reversion to the law of the jungle is a real threat. Many of these countries are U.S. allies, though that doesn’t seem to count for much in Trump’s Washington.

Some commentators have downplayed the risks of an inoperable WTO Appellate Body, arguing that improvised solutions will avoid a systemic collapse. This is too sanguine; improvised solutions can be fragile, and such optimism ignores the longer-term costs of further eroding the multilateral system on which the world depends. 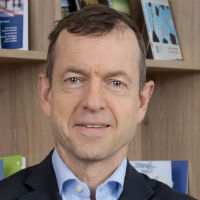 A Major Blow, but Not the End of the WTO

The WTO did not die on December 11. But an important part is now missing: disputes can no longer be settled by an independent body recognized by all parties. That was the function of the WTO Appellate Body, which can no longer operate, having only one sitting judge; it requires at least three. Its collapse had been expected for a long time.

The real surprise is that, although various reform proposals were submitted over the last few years, members could not reach an agreement on an alternative or substitute mechanism. This shows how difficult global governance is in practice. In theory, it is a straightforward task for a group of like-minded countries to form a coalition and agree on an alternative dispute-settlement mechanism. The fact that this was not done shows that, despite the high-sounding rhetoric about defending multilateral trade, there is little will to expend political capital and submit to the judgment of an independent body.

What happens next? The Appellate Body’s legal structure remains in place, so it is possible to resurrect it if parties find common ground in negotiations about how the body should function. But this is unlikely to happen. A large majority of WTO members—about 80 percent—have never had a case before the Appellate Body. This silent majority of mostly lower-income and smaller countries does not account for a large share of global trade, but those countries’ consent is needed for any reforms. Such approval could require other concessions that the big players might not be willing to make. An Appellate Body 2.0 would likely require wider reform of the WTO.

However, the demise of one important element of the WTO does not mean the end of multilateral trade rules. Except for the United States under President Donald J. Trump, no other major trading power doubts the benefits of free trade. The current rules are thus likely to stay in place, but they will be enforced even less perfectly than before.

More from the Council of Councils
Biden's Welcome Climate Reboot and the Daunting Diplomacy Ahead
U.S. Capitol Breach Was a Shot Heard Round the World
Up in the Air: Ten Global Summits That Will Test Joe Biden in 2021
Drag