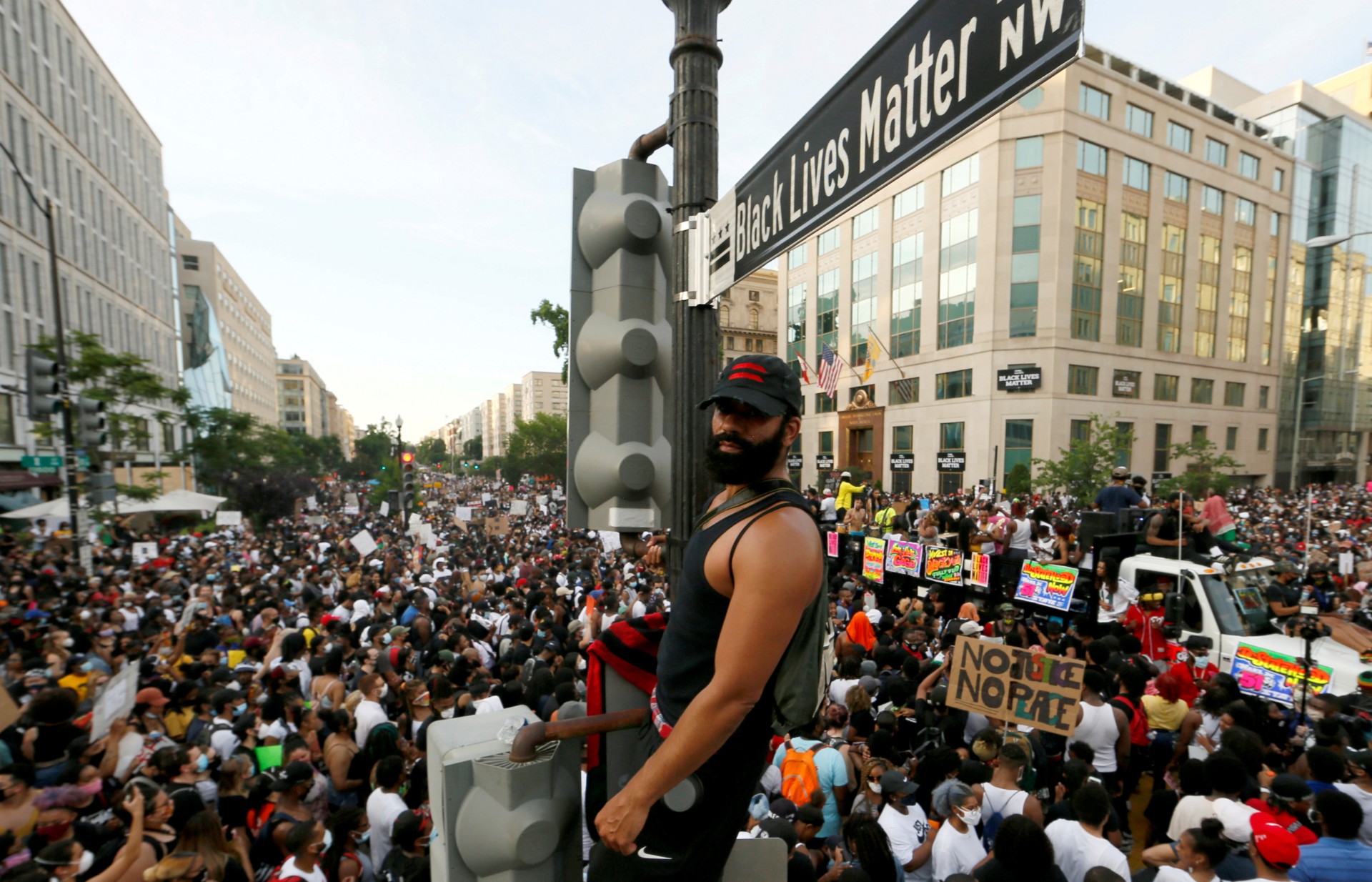 Council of Councils global perspectives roundups gather opinions from experts on major international developments. In this edition, members from leading global think tanks in Australia, Brazil, Germany, South Korea, and the United Kingdom reflect on the recent unrest in the United States, and the possible implications for the U.S. role in promoting the rule of law and human rights abroad. 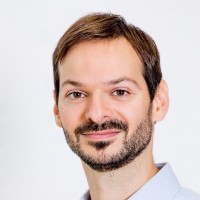 The killing of George Floyd by Minneapolis police and the White House’s response to the ensuing civil unrest is only the latest blow to America’s image abroad. The anti-racism protests come on the heels of the U.S. government’s botched response to the COVID-19 pandemic, which left the United States among the world’s worst-affected countries. While the United States likes to regard itself as a model for the world, its current state evokes disbelief and horror among its allies. Journalists and academics refer to this phenomenon as the “end of American exceptionalism.”

Floyd’s death and the aftermath have made headlines around the world. In Germany, tens of thousands of people protested in solidarity with the Black Lives Matter movement. Had a similar event occurred in any other country, the reactions in Germany and elsewhere would likely have been smaller. The good news is that the United States still holds the world’s attention and people care about what happens there. While many Europeans no longer see U.S. political institutions as exemplary, they still hold the United States to the highest standard of democracy. The high turnout at protests reveals a deep concern for developments in America as well as an awareness among Europeans that their region also suffers from systemic racism.

Police brutality, a lack of accountability for law enforcement, and structural racism that disproportionately claims the lives of people of color undermine Washington’s credibility as a champion of human rights and the rule of law. And nothing provides cover for authoritarian governments, like President Donald J. Trump’s threat to use the U.S. military to quell the protests. And Trump was not the only U.S. official to issue such a threat; one day before the anniversary of the Tiananmen Square massacre, Senator Tom Cotton called to “send in the military.” At a time when the president cannot be relied on to act responsibly, it is crucial that everyone else works to uphold American democracy and values. 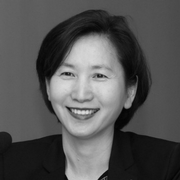 The killing of George Floyd, a Black man, by a white police officer amid the coronavirus pandemic is making many Americans take to the streets to protest the never-ending injustices against Black Americans. The spread of COVID-19 has further revealed the radical health and economic inequalities in the United States. Job losses are higher among racial minorities and Black Americans are dying from COVID-19 at three times the rate of white Americans.

The world is watching how the Trump administration handles the civil unrest. The United States—the world’s richest and most scientifically developed country—currently suffers from the highest number of pandemic-related deaths and cases. Now, the astonished eyes of the world are focusing on how the checks and balances of U.S. governing institutions, the observance of the rule of law by both the government and society, and the respect of minority rights operate when faced with such unrest. The United States often demands these democratic principles of authoritarian states. With the upcoming U.S. presidential election, there are already alarming signs of politicians using the current civil unrest for partisan gains. American citizens need to be smart and guard their protests from such calculated interventions.

The world has been seized by an unprecedented pandemic. This is a dangerous time, when dictators and strongmen use the pandemic to strengthen their power. If the unrest in the United States is not resolved peacefully and democratically, the country will lose its moral authority to criticize human rights violations in other countries. The Trump administration has already damaged the image of America as a beacon of democracy by pulling out of the UN Human Rights Council and World Health Organization. If American democracy is not assured, U.S. leadership in global democracy will be diminished. 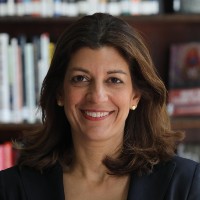 The rest of the world is watching the United States and does not know where to fix its gaze. The brutal killing of George Floyd by Minneapolis police triggered protests across the United States. This led to dramatic scenes in Washington, DC, of authorities using tear gas and rubber pellets to push back peaceful protesters, followed by the rebuke of President Donald J. Trump’s actions by high-ranking retired U.S. military officials and diplomats. This all came on the heels of the devastating news that the U.S. death toll from the novel coronavirus had reached one hundred thousand, with Black Americans making up a disproportionate number of deaths.

In the short term, this does not bode well for U.S. democracy. It also undercuts the appeal of the U.S. model, thereby setting a natural limit on the country’s global power, not least its ability to cultivate the rule of law and human rights beyond its borders. The democratic partners of the United States will be hard-pressed to persuade their own people to stand alongside a nation that promotes universal human rights abroad while shortchanging these values at home. Autocrats are having a field day; they are sparing no time calling out hypocrisy and highlighting both rampant injustice and the spread of the coronavirus in the United States. This puts the United States on the back foot in the competition over global values.

Still, the real test of both democracy and the U.S. ability to promote democratic values abroad will be decided less by recent brutality and persistent inequality than by what comes next. So long as Trump remains in office, the prospect that the United States will undertake comprehensive reforms and be well received as an exemplar or proponent of human rights is small. Peaceful protests across the United States have, however, been a catalyst for global protests and are creating a moment of reckoning for local injustices in many corners of the globe. American citizens are doing democracy a service by modeling its practice and demanding equality under the law. These actions, along with powerful statements by U.S. generals and diplomats, images of police officers kneeling alongside protesters, and the vociferous demand for accountability and change, are a symbol that is resonating around the world. 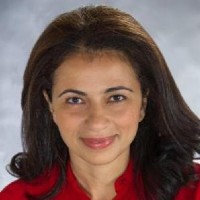 Black Americans Push U.S. to Live Up To Its Ideals

For many years, America’s image and standing in the world, particularly since the election of President Donald J. Trump, has declined. This has reduced the ability of the United States to effectively advocate for human rights and the rule of law. U.S. strategic failures in the global war on terrorism, the George W. Bush administration‘s misguided freedom agenda, and the Barack Obama administration’s unwillingness to engage with the Arab Spring all incrementally contributed to the sense that the U.S. promotion of human rights was cynically deployed and not a part of its foundational ideals. President Trump’s embrace of autocrats served to confirm that belief.

The current protests against police brutality have exposed just how deep systemic racism and polarization run in the United States. People around the world have been dismayed at how Trump is stoking and exploiting these divisions.

However, the protests also reveal that America’s commitment to human rights and the universal application of the rule of law lies not only within its political leadership or institutions—which have too often entrenched racism and inequality—but within its civil society, particularly within Black civil society. As Pulitzer Prize winning author Nikole Hannah Jones writes, “Black Americans have been, and continue to be, foundational to the idea of American freedom . . . the perfectors of this democracy.”

Because of the work and leadership of Black civil society to universally apply human rights at home, the United States can more authentically promote human rights abroad. U.S. leaders have often invoked efforts led by Black Americans, such as the abolition movement, Reconstruction, the civil rights movement, and course corrections on U.S. immigration policy, that have allowed people of all backgrounds to thrive in the United States as an example of effective democracy on the world stage.

Now they can add one more to the list—the Black Lives Matter movement—which was started in response to America’s domestic blights but has inspired global demonstrations against racism and for universal human rights. Once again, Black Americans are pushing the United States to live up to its democratic ideals. 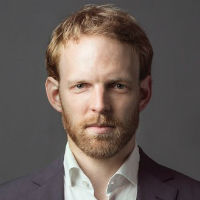 The U.S. Street Could Spur a Global Anti-Racism Movement

Civil unrest in the United States following the death of George Floyd in police custody has exposed police violence and racism in the country to a global audience. President Trump’s threats to use the U.S. military to suppress protesters, and his decision to use tear gas against protesters and journalists to take a picture in front of a church, predictably led to global consternation and will inevitably limit the U.S. government’s legitimacy in criticizing other countries for using similar tactics.

Calling out the hegemon’s double standards is a cheap and convenient way of soft balancing. It was thus no surprise that the Chinese government, which is seeking to quell protests in Hong Kong, eagerly condemned Washington, as did other countries which are routinely criticized by the United States, such as Venezuela and Iran.

However, as striking as the damage to the U.S. government’s reputation is the positive way citizen protests—including the participation of non-Black demonstrators—has resonated around the world. The protests have led countries such as Brazil, Germany, and the United Kingdom to reflect on their own shortcomings, particularly racism and obstacles citizens of color face at home. It is proof of the continued global dominance and agenda-setting capacity of U.S. culture that the recent civil unrest has aroused global attention.

Despite an ongoing shift of power away from the West toward Asia, the way U.S. society reacts to the unrest—for example, some cities are considering the removal of statues of generals who defended slavery—will have a massive impact around the world. If there are moves toward structural change in the United States to combat racism more effectively in the coming years, it will undoubtedly be good news for those fighting for similar change elsewhere.