Skip to main content
The World Economy in 2016: Watch China

The U.S. subprime crisis, the successive melodramas of the euro crisis, the excitements and disappointments of Abenomics in Japan: for several years the big shocks to the world economy have emanated from the rich nations. But 2015 was different. Although there was a scare over Greece’s near exit from the eurozone, the bigger commotion came from China, which suffered a sudden collapse in confidence in the summer, triggering jitters across other emerging economies. Even the U.S. Federal Reserve cited China-driven uncertainty when it deferred an interest-rate hike in September. 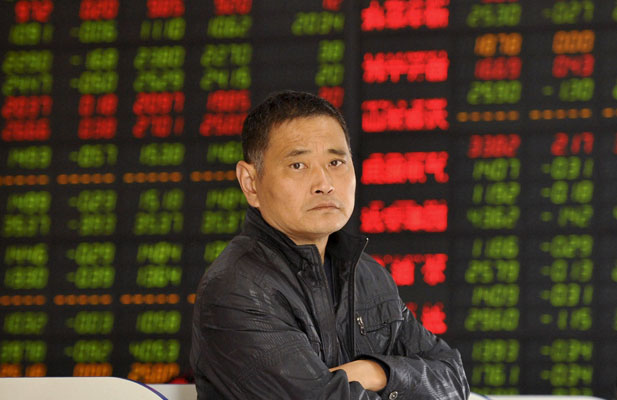 Next year, like this year, the chief uncertainty in the world economy will come from China. If the International Monetary Fund world forecast of 3.6 percent growth in 2016, slightly up from the 3.1 percent in 2015, turns out to be misguided, it will not be because some wild card dealt by the rich economies has changed the outcome.

Consider the United States, the least wild of all of the major growth centers. Its economy expanded at a respectable 2.6 percent in 2015 and is forecast to grow by a not hugely different 2.8 percent next year. With inflation still below the Federal Reserve’s target, the central bank will raise interest rates only very cautiously, sparing the economy the risk of an abrupt shock. Debt of all kinds—household, corporate, and government—is stable: no skeletons there. Financial markets, which looked bubbly at the start of 2015, seem relatively sober after a year in which the S&P 500 has abstained from intoxicating advances. Only technology companies appear to be valued on the basis of not-quite-rational exuberance. But many of the hottest tech ventures are owned privately and not particularly indebted. Even if their values suffer a correction, there need not be a wider economic reversal.

Europe and Japan are both growing more slowly. Although they face deep-seated economic problems, these pose no imminent threat. After growing at just under 1 percent in 2014, the economies of the eurozone managed growth of 1.5 percent in 2015 and will deliver a similar performance next year. They have been buoyed by low oil prices, low interest rates, and a weak currency that boosts exports; former crisis economies, such as Spain, Portugal, and Ireland, have recovered well. Huge government debts in some euro member economies remain an unsolved problem, and at some point the conundrum of a common currency—interest rates that are necessarily too high or too low for some members—will reassert itself. But, having demonstrated the political will to avoid a Greek exit from the currency union, Europe’s policymakers have earned some credibility. Speculators are unlikely to bet aggressively on the exit of a eurozone member, at least not for the moment.

Japan is in a comparable position. Its frailties are serious: a scary government debt burden and a graying population that suppresses growth. But at least the authorities are attempting to address the problem. The Bank of Japan is doing its best to deliver a stimulus, while the Trans-Pacific Partnership, if ratified, should act as a much-needed forcing mechanism for pro-growth reform. Nobody is expecting Japan to perform miracles: growth in 2016, forecast at 1 percent, will be much lower than the U.S. rate and a bit below the eurozone’s. But, given modest expectations, Japan is unlikely to disappoint by much.

That leaves the other major world economy: China. Already it has slowed dramatically. After averaging almost 10 percent growth between 2006 and 2014, it grew by 6.8 percent in 2015 and is forecast to grow by 6.3 percent in 2016. To put that in context, a one-third drop in the growth rate is comparable to the experience of the United States in the 1970s, and the result in the U.S. case was a decade of stagflation and a collapse of trust in government. But the real worry is that China’s slowdown could easily beget a further slowdown. This is why China is the most obvious source of upset for the world economy next year.

For the past quarter of a century, China has built its dynamism on factors that are not sustainable. Its growth has been export driven; both commercially and politically, there is a limit to how many Chinese products the world can absorb. Its growth has been based on copying Western technologies and methods; sooner or later, the copying will be done. Its growth has been powered by demography: the one-child policy, as well as the natural fall in fertility that accompanies industrialization, has cut the ratio of dependent children to workers. But the demographic dividend is now in the process of reversing itself. As yesterday’s missing children become tomorrow’s missing workers, economic growth must slow as well.

China has also based its dynamism on a precarious feedback loop. High spending on investment drives up the growth rate; a high growth rate buoys business confidence and spurs yet more investment. But investment is only sustainable if the resulting productive capacity finds willing consumers. In the past, China could invest frenetically on the theory that excess output could be exported, but that game has neared its limits. In the future, most of the consuming must be done by Chinese households.

Optimists believe that China will manage this transition smoothly. Unfortunately, this will be tough. Investment spending is more volatile than consumer spending: it is liable to fall faster than consumer spending picks up. Further, because investment spending represents a huge share of the economy—according to the World Bank, the share was 48 percent in 2013, compared with 36 percent for consumption—the effect is compounded: even if a 25 percent drop in investment were offset by an equivalent 25 percent jump in consumption, the combined effect implies negative growth of 3 percent. Because of this grim arithmetic, nearly all investment-intensive economies come down to earth with a bump.

Moreover, China’s investment-led growth model has been financed by enormous quantities of debt. Again, there is an unsustainable feedback loop at work here. State-owned banks have collected vast pools of savings from long-suffering Chinese households, paying artificially low interest rates on them. They have funneled this cheap capital to politically connected companies, which have duly splurged on investment. So long as this lending and investing continued at a high velocity, they were enough to sustain the growth rate, which in turn kept the default rate to a reasonable level. But once the music stops, the debts will cease to be repayable. Default rates will jump; banks will experience losses. If the banks react by lending less, growth will slow further and the default rate will spike more.

The upshot is that, with China now slowing, it is at risk of slowing a lot more. Whereas the IMF projects that China will grow next year by 6.3 percent, there is a logic to a much lower projection—something on the order of the 4 percent or so. The IMF remains relatively optimistic only because it expects China to double down on its debt-based growth model—that is, borrow and spend more.

There are two obvious ways that this can happen. The government can run a larger budget deficit, boosting demand and therefore growth, or it can repeat its usual pattern, inducing state-owned companies to borrow and spend on its behalf. But either expedient can work only temporarily, because both lead to an increase in China’s already alarming debt burden. China-watcher Michael Pettis reckons that the government’s direct and indirect obligations come to more than 200 percent of GDP; although direct comparisons are difficult, this approaches the public debt burden in famously indebted Japan. By putting off the inevitable slowdown, China will compound this debt problem and make the eventual reckoning worse.

The best bet for 2016 is that China will opt for procrastination, and that the procrastination will work. Banks will pump out loans to infrastructure projects, and growth will clear the 6 percent hurdle, much as the IMF projects. But there is at least a risk that the unsustainable will be perceived as such, and that money will leak out of the country, finding gaps in the state’s Maginot Line of capital controls. Either way, China will be the economy to watch in 2016. The country that has powered global growth for more than a decade could turn out to be the source of the next global economic shock.