How significant are Russian President Vladimir Putin’s order for a “partial mobilization” to replenish Russian military forces and his support for referendums to formally annex several regions in eastern Ukraine?

Putin’s order is designed to reconfigure the character of the conflict to Russia’s advantage after it recently suffered stinging setbacks in Kharkiv Oblast. The sham, hastily organized referenda in the Luhansk and Donetsk Oblasts of the Donbas region and occupied territories of the Kherson and Zaporizhzhia Oblasts will inevitably lead to their annexation by Russia, perhaps as early as next week.

Although no major country is likely to recognize the annexations, the regions will nevertheless become Russian territory as far as the Kremlin is concerned. That provides a legal basis in the Russian system for greater efforts to defend them, such as this partial mobilization and perhaps a more general mobilization in the future, as well as the possible use of nuclear weapons.

The War in Ukraine

The partial mobilization, which Russia’s ministry of defense said would call up some three hundred thousand reservists in coming weeks, is intended to fill the manpower gap left by the massive casualties Russian has suffered so far. It is also an indication that Russia is planning for a prolonged fight. It will likely take weeks to retrain the reservists and organize them into units for deployment along the one-thousand-kilometer front in Ukraine.

Meanwhile, the Kremlin hopes its nuclear saber-rattling will deter the West from providing ever more sophisticated weapons in ever greater numbers to the Ukrainians, and raise the specter of a nuclear response should Ukraine press too hard militarily in the soon-to-be-annexed regions that the Kremlin will then consider inalienable Russian territory. Russia’s nuclear doctrine clearly allows for the use of such weapons should Russian territory come under nuclear or conventional attack. 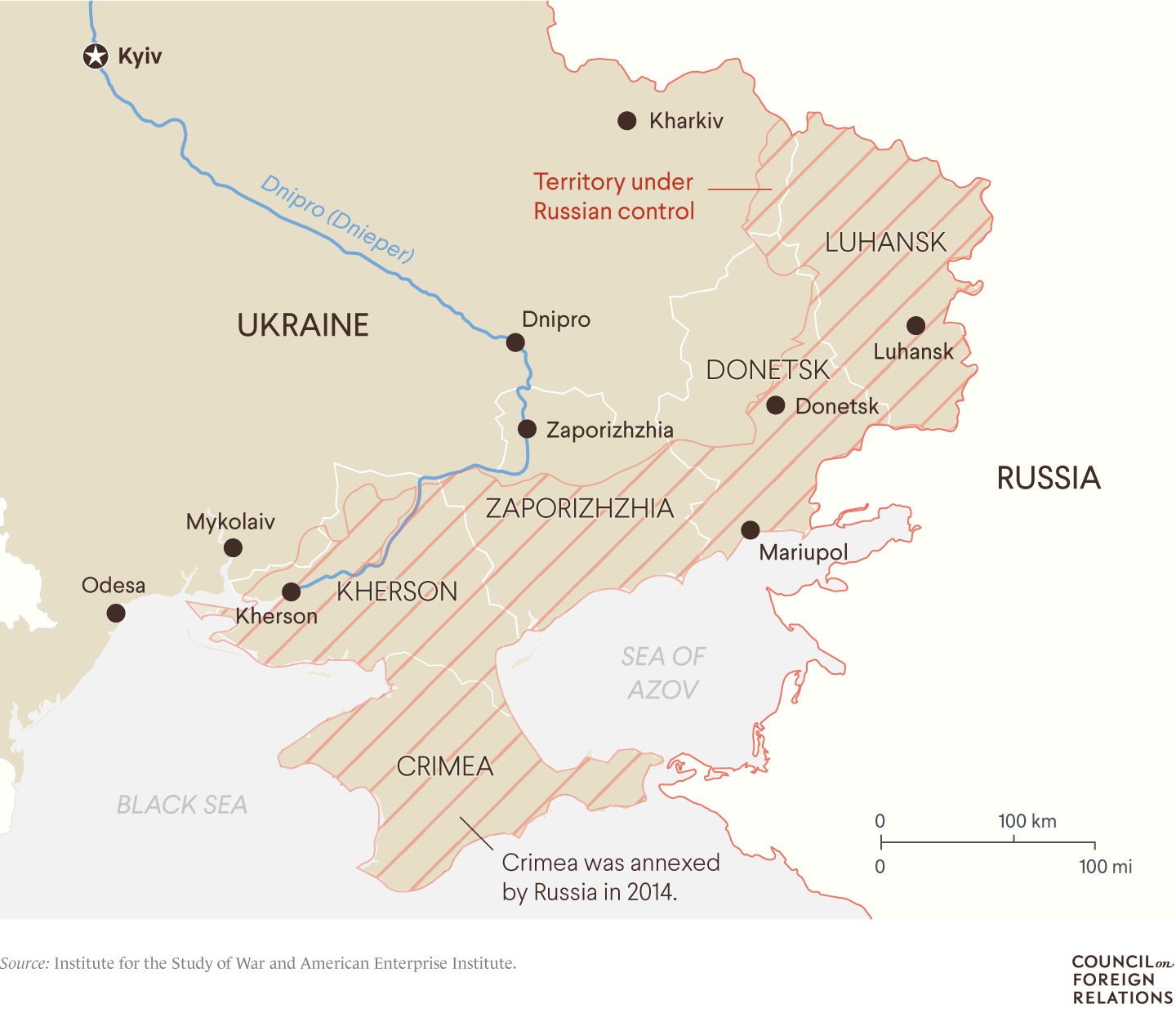 Do these moves pose risks to Putin’s regime at home?

Russians’ support for the war has so far been mostly passive and untested; few have been called upon to make genuine sacrifices on the front lines. The widespread view in Moscow is that the Kremlin has avoided calling a general mobilization because of doubts that young Russians were ready to actually fight and die for Putin’s goals in Ukraine. Tellingly, Russia’s ministry of defense took pains to explain that students would not be subject to the call-up, and that conscripts would not be sent to Ukraine, two extremely sensitive points for young men and their families. That said, the Kremlin turned to the partial mobilization to mitigate the hard-line blowback it has already faced because of the military’s stunning retreat in recent weeks and the overall general lack of progress on the ground in Ukraine. As the conflict continues, the Kremlin will have to balance constantly between those two challenges.

The threat of nuclear weapons has formed the backdrop to this conflict from the very beginning. Particularly given Russia’s recent setbacks, it is hardly surprising that Putin would raise the threat once again. In response, U.S. President Joe Biden repeated in his United Nations address on Wednesday the formula that President Ronald Reagan and Soviet leader Mikhail Gorbachev developed in the late 1980s, and which the five permanent members of the UN Security Council reaffirmed this past January: A nuclear war cannot be won and therefore should never be fought.

The War in Ukraine

The United States and NATO should continue to put the onus for breaking the nuclear taboo on Putin and urge other countries, especially China and India, to reiterate their opposition to the first use of nuclear weapons. At the same time, the United States is certainly reviewing with greater urgency the range of possible responses to Russia’s use of nuclear weapons in the Ukraine conflict, and should continue to stress, as Biden already has, that Russia will pay a heavy price.

These moves came despite repeated calls at the United Nations this week for Russia to de-escalate. Is there a path for peace in Ukraine?

There is no near-term path to peace, and the prospects for diplomacy will dim further with these annexations. The conflict has become a war of attrition. Although both sides have suffered significant casualties, Ukraine’s economy is collapsing, and Russia’s is under growing stress, each side still has large reserves to draw on. The struggle is existential for Ukraine. Public opinion polls show overwhelming support among Ukrainians for continuing the struggle and confidence in ultimate victory; they will not back down, especially as long as they receive large-scale military and economic support from the West.

The conflict might not be existential for Russia, but it certainly is for Putin and his entourage. The Kremlin continues to insist that the goals it laid out at the beginning, the demilitarization and “de-Nazification” of Ukraine, will be achieved—and the most serious resistance that Putin is facing comes from hard-line forces who advocate even more aggressive action.

All sides believe that this coming winter will test their resilience. The Kremlin is orchestrating a massive energy crisis that it hopes will cause an economic recession and, in turn, will undermine Europeans’ support for Ukraine. While taking emergency measures to deal with the crisis, European countries (along with the United States) are maintaining a tough sanctions regime that they hope will crack Russian resolve, particularly if Ukraine continues to make progress on the ground. In these circumstances, diplomacy is dead as long as each side believes it can win on the battlefield.

It cannot be said too often that peace in Ukraine will not resolve the broader question of relations between Russia and the West. Putin stressed in his remarks that Russia is engaged in an existential struggle with the West, which in his telling is out to destroy and dismember Russia. Ukraine is only the current focus of that struggle.