The short-term situation in Afghanistan is more promising than is perceived in the United States, but uncertainties abound in the long run, says CFR’s Stephen Biddle. Afghan security forces have thus far exceeded expectations as they assume greater autonomy from U.S. troops, but "this summer’s fighting season will be a major test," he says. On the political front, Biddle notes that much is a stake for Afghanistan in the election next spring, when President Hamid Karzai is expected to anoint his successor. As the United States seeks to rekindle stalled peace talks between Afghanistan, Pakistan, and the Taliban in the coming months, the "overwhelmingly critical long-term issue" after the U.S. departure in 2014 will be Congress’s willingness to keep funding Kabul. 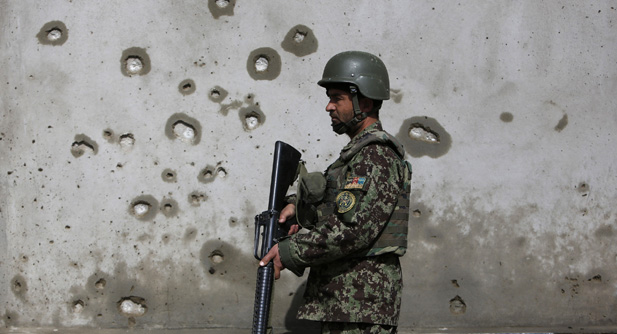 You recently made your eighth fact-finding trip to Afghanistan. How are the Afghan forces doing now, and what are the chances for a political agreement to end the war that would be in the interests of the United States and Afghanistan?

The short-run situation [in Afghanistan] is probably more favorable than is widely understood in the United States. A variety of positive things are happening. One of the critical issues for the near-to-medium term is the performance of the Afghan National Security Forces. The sense at the moment is that although there is a wide variation of proficiency across different Afghan units, combat motivation seems to be going up as the U.S. safety net is removed.

Why take unnecessary risks to no good purpose? Now much of the time the Afghans are patrolling on their own without us. And now they actually will fight, because they have to.

There’s kind of a "dependency doctrine folk theory" around the U.S. command, which is that when we were actively partnered with Afghan forces, and you’d have joint patrols--typically with the Americans at the front of the column and the Afghans at the back of the column--the Afghans tended not to fight very hard because they figured the Americans would. Why take unnecessary risks to no good purpose? Now much of the time the Afghans are patrolling on their own without us. And now they actually will fight, because they have to.

But this summer’s fighting season will be a major test of this theory and of the future performance of the Afghan security forces. But generally speaking, the reviews in theater so far are that they’ve been doing better than perhaps expected. Very little of the Afghan military is currently capable of operating without extensive American logistical support. Very little, if any, of the Afghan military can operate without American medevac. But the process of transition from an overwhelmingly U.S. campaign to what will after 2014 be an overwhelmingly Afghan campaign is well afoot.

And how many Afghan troops are there now?

We’re building toward somewhere in excess of 350,000 soldiers.

What about the political front? There is a presidential election next spring, and Karzai cannot run again. Are people in Afghanistan already talking about that?

A lot. But whether they have very much to say is another matter. The general perception in the theater is that presidential elections are a potential point of failure if they go badly, where a really poor election would potentially undermine everything. People’s ability to anticipate what the election will be like is very limited at the moment because of the nature of Afghan politics. The expectation is that there will be a lot of jockeying including the formation of a coalition, but that will occur only very late in the process.

There’s a general expectation that Karzai is going to try to anoint a successor that he believes would carry forth his legacy, and that that would be politically important, but not necessarily decisive, in solidifying one slate. But he’s very unlikely to do that until the very last minute. If Karzai anoints a successor now, he becomes a lame duck immediately.

Is corruption still rampant throughout Afghanistan?

Yes. There’s a general recognition that this problem isn’t getting much better and might be getting worse--although we think we are making more progress on this than before. We spend more time and effort monitoring our contracts to reduce the amount that is siphoned off for protection payments to the Taliban, for instance. But in general, there’s very little sense that we’ve made much headway on reducing corruption.

Another major question right now is these peace talks. There’s been a Taliban delegation in Qatar for some months, and the United States has been recently very energetic in trying to get these talks moving. Karzai is in favor of it now, but it’s unclear whether the Taliban will talk to him directly and also what Pakistan’s role is. Secretary of State John Kerry just held a meeting with the Afghans and Pakistanis in Brussels. What is the issue here?

There are a lot of issues. Among them is that the Taliban has been refusing to negotiate directly with Karzai, who they argue is a puppet, and they want to talk to the people who have the real power--by which they mean the Americans. There’s significant reason to believe that this is tactical on the Taliban’s part. Whereas they know that if there is a settlement to the war, it will legalize them as a political actor and they will then be competing in Afghanistan’s political public square with Karzai’s successor and legacy. So they’re trying, in part, to position themselves for this eventual competition by painting Karzai and those around him as foreign puppets. That means that they’re going to resist talking to Karzai as long as possible, and that’s clearly an important barrier to making progress.

Karzai is very concerned that there will be some sort of separate peace made behind his back. We’re concerned about his perception of that, and therefore we’re very reluctant to do anything he would interpret that way. As long as we insist that this be an Afghan-led process and the Taliban insist that they won’t talk to the Afghans, then it’s going to be very hard to make much progress. The Pakistanis clearly play an important role in this because they have veto power over any prospective deal. They can arrest critical Taliban actors in a way that would make further progress effectively impossible.

What is Pakistan’s attitude to these talks?

The Pakistanis have been blowing hot and cold lately with respect to these talks. A few months ago they looked like they’d be a lot more cooperative, and there was a lot more direct contact between Islamabad and Kabul. Then that pretty much came to a grinding stop. One possible hypothesis to explain this is that when it became fairly clear that the United States really was going to withdraw the great majority of its troops on the timetable anticipated in 2014, the Pakistanis became convinced that their analysis of the U.S. surge in 2009 had been proven right--that it hadn’t worked, that their proxies were going to succeed, and therefore they were happy to negotiate because they thought that those negotiations would give them more or less everything they wanted without having to make many concessions. They then apparently discovered that Karzai wasn’t willing to share their assessment and disappear as perhaps they hoped, and what looked to be progress in negotiations stopped.

What would a Pakistani image of success be?

The best case for Pakistan would be a post-Karzai Afghan puppet state that they basically can control--where the Afghan government is pliant and cooperative, as existed in 2001, and very unlikely to do something like, for example, aligning with India in a way that would leave them encircled.

Part of the challenge for the United States is that we are not ready to accept a Pakistani client or a Pakistani puppet state. We want an independent state that has real sovereignty.

Part of the challenge for the United States is that we are not ready to accept a Pakistani client or a Pakistani puppet state. We want an independent state that has real sovereignty. So Pakistan’s best case is one that, for the time being at least, we’re not ready to accept. However, Pakistan’s worst case is probably not that far from our worst case: I don’t think they want chaos and civil warfare on their western border any more than we do. So the challenge in these talks is to find an intermediate balance somewhere between a best case for Pakistan (that we can live with) and a worst case (that we both view as a catastrophe). This could be the basis of a settlement.

You’ve been an observer for a long time. When we last talked about Afghanistan last summer, you were not very optimistic and were worried about whether Congress would continue to fund the Afghans.

That’s still the overwhelmingly critical long-term issue. When handoff is finalized in 2014, the war is going to be deadlocked unless the Afghan security forces collapse, which is always a possibility. But my best guess is that the war will essentially be stalemated. If this is the case, the problem is finding a way to end it somehow before the U.S. Congress does it for us by defunding it. It’s unclear what Congress will do, but there are a variety of scenarios in which it’s not hard to imagine Congress shaving the appropriations which the Afghan national security forces depend upon to stay in the field.

For instance, if after 2014 there’s a corruption scandal where the special inspector general for Afghanistan discovers a large amount of money intended for the support of the national security forces has been siphoned off, let’s say, to some Afghan power broker; or if Karzai’s successor equates the United States with the Taliban the way Karzai did; or there’s another accidental Qu’ran burning; or an American adviser is killed by an Afghan advisee--there are all sorts of these kind of random events that could emerge where U.S. lawmakers who are hard-pressed to find money for domestic priorities decide in frustration with Afghanistan not to just turn off the spigot, but to, say, reduce this appropriation by 20 percent for next year.

What do the Afghans get now?

It’s expected to be somewhere between $4 billion and $5 billion a year to support Afghan security forces. When you compare that to what we were spending to wage the war ourselves in 2010 and 2011, when we were spending in excess of $100 billion a year, it’s a drop in the bucket. But of course in absolute terms, it’s an enormous amount of money.

As Congress argues over the 2020 defense authorization bill, there is one issue that should provide common ground: the benefits of investing in women’s contributions to security. The House has already passed a set of provisions requiring the Defense Department to better draw on women; these should become part of the bill ultimately sent to the White House.

Blog Post by Jamille Bigio September 3, 2019 Women Around the World