The crisis in Ukraine has not thus far diverted international diplomatic efforts toward a lasting deal on Tehran’s controversial nuclear program, says Iran expert Barbara Slavin. "Despite some rhetorical threats by the chief Russian negotiator, there has been no indication that the Russians have tried to impede the talks," she explains. Meanwhile, Slavin says the Obama administration’s refusal to grant Iran’s new UN ambassador a visa "is unfortunate, but not fatal" to the nuclear talks. 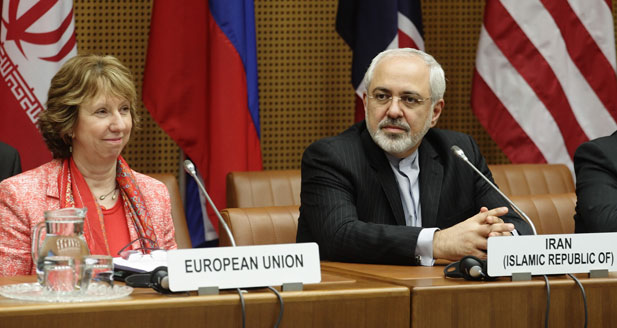 The negotiations between the P5+1 nations [the United States, Britain, France, Russia, China, and Germany] and Iran have been overshadowed recently by events in Ukraine, but how are they going? Have the Russians cooperated with their Western colleagues?

Public attention has not been focused on the talks in Vienna, but that may be a blessing. The negotiations appear to have made good progress—so much so that according to U.S. negotiators, the representatives of the P5+1 and Iran will start the formal drafting of a long-term nuclear agreement at the next plenary meeting in mid-May. That meeting will be open-ended in an effort to strike a deal by July 20, when implementation of the interim agreement is due to conclude.

Despite some rhetorical threats by the chief Russian negotiator, there has been no indication that Moscow has tried to impede the talks. The United States and Iran are the main adversaries in this negotiation; the Russians are certainly not going to insist on a more stringent deal than [that proposed by] the United States. However, Russia stands to win whether there is an agreement or not. If there is no deal, Iran will be forced to turn more toward Russia for trade and investment, and world oil and gas prices will remain high. If there is a nuclear agreement that lifts sanctions, Russia will also seek to expand trade with Iran, selling more nuclear infrastructure and arms.

What are the main issues that need to be resolved before the interim deal runs out in July?

The central issues include the number and type of centrifuges Iran will be allowed to operate, the stockpile of low-enriched uranium it can possess and the form in which it can be held, the status of the Fordow enrichment plant and the Arak heavy water reactor, and clarification of reported past military dimensions of the nuclear program. Also to be decided: the degree of international scrutiny of the program, the duration of various elements of the agreement, and how Iranian concessions will be sequenced with sanctions relief.

There are reports that the Iranians proposed sharp reductions in plutonium production at the Arak reactor, to alleviate the concern of the P5+1 powers that a bomb could be created there. Can you shed light on this?

A group at Princeton University suggested some months back that Iran could significantly reduce the amount of plutonium in the spent fuel from Arak by using enriched uranium instead of natural uranium to operate the facility. It appears that the Iranians have embraced this suggestion. The Iranians have also promised not to construct a reprocessing facility.

Has Washington’s refusal to approve Iran’s ambassador to the UN [Hamid Aboutalebi] endangered the nuclear negotiations? Will it cause a major problem for President Rouhani at home?

It is unfortunate, but not fatal. The Iranians misunderstood the degree to which the nominee’s peripheral links to the hostage crisis would inflame Congress and give ammunition to U.S. hardliners who oppose any reconciliation with Iran. I believe the Iranians will continue to grumble for a while but eventually name someone else. While the post is important for them, it is less crucial now that the United States and Iran are talking routinely on a high level.

How has Rouhani done in the first half year of his presidency? Will he be able to handle the expected criticism if Iran is forced to agree to give up nuclear weapons forever?

Rouhani has focused on the nuclear talks and has not been able to fulfill all his campaign promises in other areas. There are still far too many political prisoners, including the former 2009 presidential candidates [Mir-Hossein] Mousavi and [Mehdi] Karroubi, and an overuse of capital punishment. But the atmosphere for ordinary Iranians is less oppressive, the economy has stabilized somewhat, and Rouhani and his very capable foreign minister Javad Zarif appear determined to clinch a long-term nuclear accord and improve Iran’s relations with the Arab world as well as with Europe and the United States.

Since Iran has consistently claimed that it does not intend to build nuclear weapons—indeed Supreme Leader Ali Khamenei has issued a fatwa against them —it will not be a loss of face to formalize this pledge in an agreement, provided that Iran maintains a limited uranium enrichment capacity.