Despite French president François Hollande’s recent declaration that a recovery is under way, many policymakers continue to regard the country’s troubled economy, the second-largest in the eurozone, as a growing liability for the troubled currency union. For Dominique Moïsi, special adviser at the French Institute for International Relations, the question is whether France has fundamentally shifted away from healthier countries in the North of Europe "and moved in the direction of its Southern European neighbors." He describes Hollande as a moderate constrained from pursuing bold reforms by both his political left and eurozone requirements. Regarding nascent EU-U.S. free trade talks, he defends France’s insistence on cultural exception, but believes that "the Asian challenge should force us to go beyond our differences." 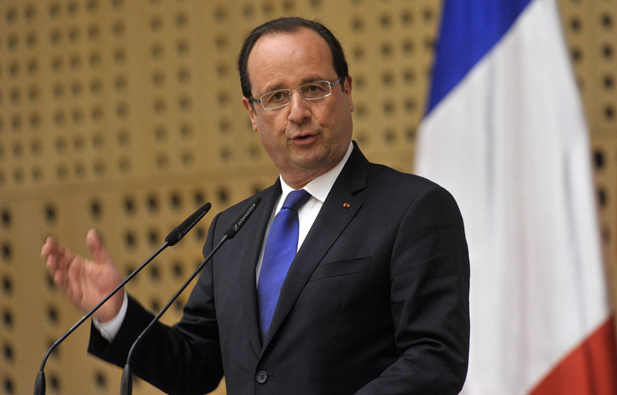 This past June, François Hollande announced to a Japanese audience that the "euro crisis is over." But we’ve subsequently seen record unemployment numbers in France and Fitch’s downgrade of the country’s triple-A status. Could France’s current economic malaise push the eurozone back into crisis?

"Unfortunately for Europe today, France no longer plays in the same league as Germany."

The expression "back into crisis" is slightly misleading because the eurozone is still in crisis. What’s happening in the southern periphery--in Spain, Portugal, Greece, and even in Italy--shows that the euro crisis is still very [active]. The important question is whether France has [fundamentally shifted away from] the countries in the north of Europe that seem to have overcome the crisis and moved in the direction of its southern European neighbors. If France was to move clearly and unfortunately in the direction of Greece and Spain, the consequences for the entire European Union would be very negative. This is why you have so many political leaders in Germany who [have] expressed their concern with the direction of the French economy.

Just more than a year into his presidency, Hollande’s approval ratings are at a historic low. What are the big challenges facing this Socialist president, who ran on an anti-austerity platform, both at home and in the context of a larger Europe?

Contrary to what people think, Hollande doesn’t have a majority in parliament because half of the socialists who are really at the left of the party or at the left of the left would not support him if he were to adopt an openly social democratic policy. So [we have] a president who is a moderate, clearly a social democrat, but is prisoner of his left and has been a victim, from that standpoint, of his own rhetoric. Remember when he vowed to tax the very rich at 75 percent? That was to satisfy the left of the left, which proved to be absurd. So in a way, there is a challenge of rationality posed by the radical ideological socialist.

"Yes, Germany is more respected, but when it comes to sending [troops] abroad, it’s France--not Germany--that makes the difference."

Then there is a challenge of courage. For many economists, the French state should be much much less interventionist when it comes to micro economy, but should be much more interventionist when it comes to the macro economy--big "New Deal" types of projects that could relaunch the French economy and create jobs and a new climate of optimism and energy. But of course, Hollande cannot do this because of Brussels (and, to a large extent, because of Berlin), which sees the level of debt in France as already being too high.

Unlike his predecessor, Hollande’s strong views on austerity pitted him against his German counterpart from the start of his term. Has his relationship with Chancellor Merkel improved over this past year?

I don’t think the problem of the Franco-German relationship is fundamentally one of personalities. It’s about balance, equilibrium. The Franco-German relationship is sound and good when there is a sense of balance between the two countries. Unfortunately for Europe today, France no longer plays in the same league as Germany. Germany is perceived--rightly so--as a much stronger country, with a more dynamic economy and with a much more positive society than France. So while the relationship between Hollande and Merkel has not been great, this is not the problem. The problem is the fact that France and Germany are no longer equals.

Were they ever really equals? Some critics would contend that the partnership always served "to hide the strength of Germany and the weakness of France."

There was an equilibrium that existed for most of the postwar Franco-German relationship, at least as long as Germany was divided, and even, I would say, the first ten years of German unification. (Germany had to pay so much for the integration of the East that the balance continued.) The turning point was probably 2003 when Germany engaged courageously in the direction of structural reforms. Germany went in the right direction, France in the wrong direction.

Do you think a stronger Franco-German alliance could emerge after the German general elections in September?

No, I don’t think it will make a difference. A stronger Franco-German relationship will result from a greater balance between France and Germany, [which] means a stronger France.

Let’s turn to the French intervention in Mali: Do you agree with the critics who said this military exercise revealed the shortcomings of common European security and defense policy?

Yes, Mali was the proof that there’s no "Europe," but if France had waited for Europe to come together, the fundamentalists would have taken over. So France acted alone, and because she acted alone, she acted decisively because time was of the essence. And though it’s too early to claim victory and there are still many risks still involved in the French action in Mali, at the end of the day, most people would agree that Mali is better off because of the intervention.

What you see happening in the Middle East right now--the Europeans coming together to punish Israel’s settlement policy, or to condemn Hezbollah as a terrorist group--shows that it’s too early, too premature to bury Europe. What Europe is very bad at is military intervention because there are only two countries that are willing: Great Britain and France. In the case of Mali, the two countries who supported the French army most were not the most expected ones. They were Belgium, because Belgium has an African tradition, and Denmark, because Denmark is slightly more interventionist and a Dane serves as the secretary general of NATO. But there are countries that don’t want to intervene, like Germany, so this is still the clear weakness of Europe.

But when it comes to a common diplomacy, like in the Middle East, sometimes you are happily surprised by what you see with Europe’s ability to forge common decisions, which do have an impact. If you read Israeli newspapers, you [can] come to the conclusion that Kerry might not have been that successful with the restart of the peace process between the Israelis and the Palestinians if the European Union had not imposed sanctions on Israeli products made in occupied territories. So the judgment on the evolution on European security and foreign policy must be balanced. I would say Europe has been better on foreign than on security policy.

It requires defense spending, and it requires the will to send troops to pay a kind of blood tax in the name of security goals, [which] very few European countries are willing to do. But when France [intervenes] in Mali, she underscores what makes her different from Germany. Yes, Germany is more powerful economically; yes, Germany is more respected, but when it comes to sending [troops] abroad, it’s France--not Germany--that makes the difference.

With regards to the Transatlantic Trade and Investment Partnership, the French insistence on excluding audiovisual services almost killed the negotiations before they commenced. Is this a reminder of the major cultural divide that still exists between the United States and France?

If you look at the position of many prominent American film directors and people that belong to that industry, you would get a more nuanced answer. [The French emphasis on l’exception culturelle is backed by Hollywood heavyweights like Steven Spielberg and Harvey Weinstein.] But cultural exceptionalism is a very touchy subject. When I see the French saying, "We can’t teach English in French universities even if we want to attract the best foreign students," this is ridiculous--defensive nationalism that reflects an inferiority complex. But when the French [want to] support their film industry, which [produces] serious films of quality, I say, "Well, maybe this is an exception that is badly needed."

I don’t say that about agricultural products, for example. But when it comes to culture, and a culture particular to movies, I would beg to differ for the sake of cultural diversity. The French have a point, and the Americans have been too simplistic in their denunciation of the French position. This is something unique. We have a film industry that is a rare jewel, which makes a contribution to world culture. We have to protect it--not for our sake, but for the sake of culture at large. At some level, a universal brand of market economy guided only by economic liberalism principles is not the solution.

Do you think these challenges foreshadow the difficulties that are likely to emerge in the next eighteen months or so of talks?

"The United States would be interested in a stronger Europe. It’s the excessive weakness of Europe that preoccupies Americans."

Yes, clearly. At the same time, the West at large has common interests. The real threat and the real competitor is China. China is much more dangerous for the United States and Europe than Europe or the United States are dangerous to each other, so we have to find some spirit of compromise. I know the French have not made that compromise much easier with their emphasis on cultural exceptionalism, but we must go beyond that to find ways that we are united by what I would describe as "the Asian challenge," which is mostly the Chinese challenge. The Asian challenge should force us to go beyond our differences, to go beyond our rivalries.

You recently wrote that "Europe no longer interests America." What must European countries do to ensure that the United States remains an engaged partner in the years to come?

When you say "more Europe," does that mean a more federal Europe?

We have to go beyond that today. The Europe dreamt of by the founding fathers is not going to happen. A more united Europe is a Europe whose various nation states have a strong sense of their common interests and act accordingly, not necessarily a more federally integrated Europe--because that’s not going to happen in the coming years. But of course, you have another scenario: Russia returns to be a threat, and suddenly America will be very interested in Europe. This is not the kind of scenario you really want to see transpire.