Skip to main content
A New UN Message From Iran?

For the first time in years, Iran’s annual appearance at the UN General Assembly annual debate this fall brings hopes for progress on some thorny global issues, says expert Gary Sick. He says new president Hassan Rouhani and the foreign minister, Mohamed Javad Zarif, will likely set a more constructive tone. Iran also offers a potentially useful channel for pressing Syria to give up its chemical weapons, given the country’s own suffering under chemical warfare during the Iran-Iraq War. On nuclear negotiations, Sick says it is crucial for U.S. envoys to meet directly with Zarif in private to iron out where the two sides want to end up in talks that have so far been fruitless. 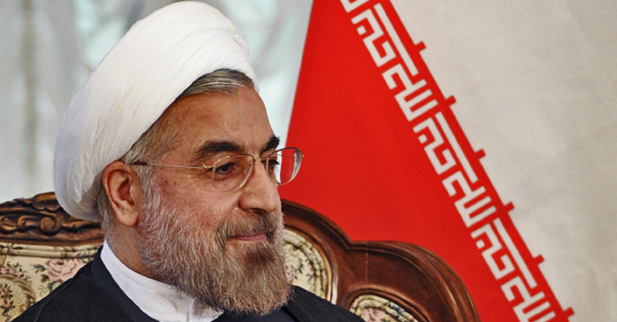 Later this month, Iran’s new president, Hassan Rouhani, and its foreign minister, Mohamed Javad Zarif, will arrive for the UN General Assembly session. There’s an expectation of a new voice or a new approach from Iran toward the West. What do you expect?

More From Our Experts
Inu Manak
Outbound Investment Screening Waits in the Wings
Stewart M. Patrick
The G7, NATO, and the Future of the West
Ray Takeyh
Three Challenges That Are Testing Iran’s Regime

The first message they’re going to be trying to portray, and that they want to be heard, is that they represent the anti-Ahmadinejad, that this marks a very big change. They are coming with a different kind of message. If I understand properly, President Rouhani has meetings scheduled with most, if not all, of the members of the P5+1 [the United States, Britain, France, Russia, China, and Germany], the group that is negotiating a nuclear deal with Iran. He does not have a meeting set with any American officials that I know of, but the possibility of a meeting with high-level Americans cannot be ruled out. Rouhani and President Obama will be speaking on the same day to the General Assembly. I wouldn’t predict that there’s going to be a meeting, but it is not beyond the realm of possibility.

Of course, Mahmoud Ahmadinejad made headlines early by saying Israel would be "wiped out."

Rouhani and Zarif are going to send a message that will be very different. I suspect that there will be little or no mention of Israel whatsoever in Rouhani’s speech. He will instead be talking about the kind of role that Iran can play, a much more constructive role in international politics. Zarif is extremely well known in New York, Rouhani not, but a lot of people have had a chance to meet him and talk to him—these are not people who are going to simply say, "Okay, we’ll roll over and play dead, and you Americans or the West can get whatever you like from Iran." That’s truly not the case at all, and anybody who thinks that these guys are patsies and they’re going to simply come and give away the store as far as Iran is concerned is really wrong.

They are tough bargainers, they have real principles, and they’re going to insist on them, but they’re going to put those principles out in a much more attractive way than the previous administration did. Ahmadinejad was a catastrophe for Iran. He did more damage in his eight years than almost could be imagined. And by the end of his eight years, just about everyone in Iran had come to that conclusion, as well.

More From Our Experts
Inu Manak
Outbound Investment Screening Waits in the Wings
Stewart M. Patrick
The G7, NATO, and the Future of the West
Ray Takeyh
Three Challenges That Are Testing Iran’s Regime

Rouhani’s coming at a time when there’s a very hot issue out there, which is the question of Syria and Syria’s use of chemical weapons. Where does Iran stand now on chemical weapons?

Iran was one of the first countries to sign the Chemical Weapons Convention when it was put forward some years ago. They have destroyed their entire stock and any capability that they had to make chemical weapons. They have been inspected, and nobody has ever suggested that they were cheating or that there was any problem whatsoever with their chemical weapons program.

The Iranians feel about chemical weapons the way the Japanese feel about nuclear weapons. They are totally neuralgic to these weapons because they lost something like one hundred thousand people either killed or injured with chemical weapons, and they are the world’s greatest repository of knowledge about how to deal with these problems because they’ve seen more cases than anybody. In my view—although they join with the Russians in raising questions about whether it really was Bashar al-Assad who used the weapons—this provides an interesting opening for the United States.

What do you mean?

If we want to actually negotiate something with the Syrians, Iran potentially is an ally. In terms of this issue, and the fact that they might be receptive to really acting as an intermediary with Assad to ensure that he follows through on his end of the bargain by admitting that Syria has chemical weapons, by joining the Chemical Weapons Convention, and then by following through—and it’s a tricky, long process—having Iran on our side would actually be a useful thing. And I hope that the tremendous hostility that has been built up between the United States and Iran won’t blind us to the reality of the fact that we sometimes have ideas in common, we sometimes have objectives in common, and that we can in fact build on that. And this is one of those cases.

And has there been any indication of the two governments—that is, the United States and Iran—having had any contact recently?

Yes, there has been. There have been hints that President Obama did send a message, a private message, to Mr. Rouhani, and there are hints that the message was in fact answered. [EDITOR’S NOTE: Obama said in a September 15 interview that the two leaders have exchanged letters.] The Swiss embassy is our protecting power in Iran, since we have no embassy there. They act as our ambassadorial representatives in Iran. And in the past, the Swiss have been quite active in carrying messages back and forth and representing the United States there. And I can tell you for a fact that the Swiss are gearing up in the anticipation that they will be playing a much more active role than they have in the past. Under Ahmadinejad the communications pretty much dried up, except for occasional warnings back and forth. But in this case, everybody realizes that we may have some really productive communications between the two sides.

On the nuclear negotiations, what is it that the Iranians would like to see from the P5+1 group?

It’s a two-sided game. The Iranians believe that our opening position, the position that we’ve stuck with from day one, is that Iran should give up a lot in terms of putting caps on its enrichment program or going to zero enrichment, reducing its activities everywhere, giving all kinds of pledges of heightened access to International Atomic Energy Agency inspectors, in return for the promise of a marginal improvement in their sanctions situation. The Iranians don’t see that as a good deal. Clearly, we’re going to have to give some, and they’re going to have to give some. And my own view is that we’re going to have opportunities here when Zarif is in town for people to meet with him privately.

What is needed is what happened when we dealt with Iran during the Afghan period, and to some degree even in the Iraq period, when they actually were very helpful to us. They actually helped us a great deal in terms of getting the Karzai government installed in Afghanistan in 2001–2002. Zarif was meeting with Zal Khalilzad, who was the U.S. representative, and they were having regular meetings. And ultimately that was all squelched by the speech by President George W. Bush saying that Iran was a member of the "axis of evil." And he was saying that at a time when we were actively engaged in taking advantage of their expertise in Afghanistan to in fact accomplish our own objectives. And the Iranians saw that as a clear betrayal.

In this particular case, what is needed between the United States and Iran is a private meeting, without all the glare of publicity, something called the "heads of agreement"—that is, here’s where we want to go, this is where, at the end of the day, we want to end up, this is what we’re looking for.

How would you do it?

The trick has always been getting the two sides to actually agree about which way they want to go, and to begin to build a little trust. If I were doing it, that’s where I would start. I would start off the record, behind the scenes, with some quiet meetings, talking very substantively about what our mutual objectives in this process are. Is there anything we can agree on, and if so, let’s think about how we might in fact get there.

They say that they really don’t want nuclear weapons. We should take them at their word. So let’s figure out how you can satisfy us that you don’t want nuclear weapons, and to do that you’re going to have to do certain things. And they will say "Yes, we understand that, but also you have to do certain things." And the big hitch in this whole thing is sanctions. The Iranians—we have actually imposed on Iran probably the most drastic sanctions ever really imposed on another country. And the thing that’s different about them this time is that it really manipulates the financial system. And that undercuts everything that goes on in the country.

The United States has mastered this financial sanctions technique to make it into a kind of weapon of mass destruction. We’re having an enormous impact on Iran’s economy. The problem is, it’s easy to put those on and it’s very hard to take them off. And people fall in love with their sanctions—that this is such a neat tool and a nifty way of bringing pressure, which you can never quite bring yourself to give them up. And we’re going to have to face that very soon, because if we are going to make any progress with Iran, we will have to give up something, and that’s what they’re going to ask for, and we’re going to have to confront the question of whether we care more about a deal with Iran or about our pressure with sanctions.

African leaders must hold the United States to its vow, even as they put their own house in order.