Skip to main content
Tensions and Stalemate in Israel

An unusually public rift between Israel and the United States, ongoing Israeli-Palestinian disputes, and tensions in Jerusalem have created serious challenges for leaders on all sides, says CFR Senior Fellow Robert Danin. "There need to be efforts to keep the situation, particularly in Jerusalem, from exploding," Danin says. "That means getting the parties to act responsibly, it means toning down incendiary rhetoric."

More From Our Experts
James M. Lindsay
Ten Anniversaries to Note in 2023
Inu Manak
Will Biden’s Trade Policy Shift after the Midterms?
Martin S. Indyk
The Case for a New U.S.-Saudi Strategic Compact 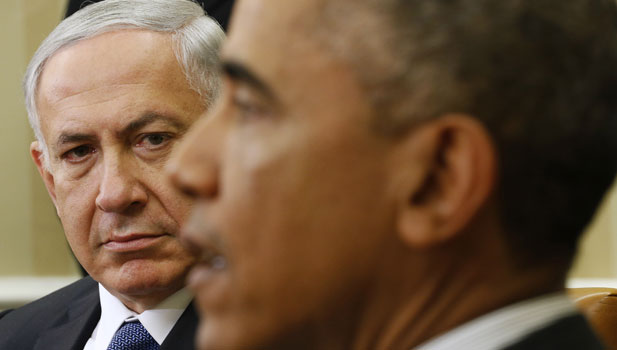 Where do things stand domestically in Israel? The Israeli cabinet is split, right?

The prevailing view in Israel today is that the country will go to elections some time in 2015, and that the current government has effectively initiated all that it is going to do—legislatively and policy-wise. So we are in the pre-election phase. To understand the actions of various players in the coalition, you have to take that into account. Prime Minister Benjamin Netanyahu himself is widely criticized in the Israeli press and seems like he is unpopular, except for the fact that his poll ratings are head-and-shoulders above any other possible contender. The expectation in Israel, almost unchallenged, is that Netanyahu will head the next government if things continue along the trajectory they are on today. The big question is: how will the various parties fare in the next election, and what will ultimately be the composition of the next government?

The current coalition brought together one party committed to a two-state solution and intensive negotiations with the Palestinians, another party that has sought legislation to address social inequality and bring religious parties into the army and into civic life, and several other parties committed to a right-wing nationalist agenda. This includes Netanyahu’s own Likud party, which itself is increasingly perceived as being dominated by the settlers’ agenda [EDS: primarily to expand settlements]. So Netanyahu today appears to be trying to curry favor with the settlers and with the ultra-orthodox he hopes he might bring into his next government. That explains his actions in the face of pressures and criticisms from the United States and the international community not to continue settlement activity. For him it is a political no-brainer that Israel should intensify building in Jerusalem because it is popular across the political spectrum in Israel. Netanyahu’s actions today are motivated first and foremost by domestic political considerations with an eye towards elections in the next year or so.

So that would probably rule out any real negotiations with the United States as a mediator until really after the next American presidential election.

More From Our Experts
James M. Lindsay
Ten Anniversaries to Note in 2023
Inu Manak
Will Biden’s Trade Policy Shift after the Midterms?
Martin S. Indyk
The Case for a New U.S.-Saudi Strategic Compact

While Secretary of State [John] Kerry is attempting to bring the parties back to the negotiating table, it seems to me that it’s going to be very difficult to do so. First and foremost is the intense mutual suspicion that exists between Prime Minister Netanyahu and President [Mahmoud] Abbas. Then there are are the tensions between the United States and Israel, not to mention tensions that exist between the United States and the Palestinian Authority headed by President Abbas. Don’t forget, the United States is unhappy with the way in which Abbas responded to American peace proposals last spring, nor are [U.S. officials] pleased with Abbas’s efforts to pursue Palestinian statehood in international forums.

So we’re at a stalemate?

We are at a stalemate but that doesn’t mean that there aren’t steps that need to be taken. First and foremost there need to be efforts to keep the situation, particularly in Jerusalem, from exploding. That means getting the parties to act responsibly, it means toning down incendiary rhetoric, it means various parties exerting real leadership to keep their own constituents from inflaming a very tense and violent situation.

Why is the situation in Jerusalem so inflammatory right now?

There are three separate dynamics under way concurrently in Jerusalem which are all fueling tensions. On one track, there are Israeli efforts to build more housing units in Jewish neighborhoods in East Jerusalem. This activity has exacerbated tensions between the Obama Administration and the Israeli government, particularly because the two sides lack a shared definition of what constitutes settlement activity. Israel differentiates between East Jerusalem and the rest of the West Bank, and so Prime Minister Benjamin Netanyahu says, "What? I’m not supposed to build in our own capital?" For the United States, building in East Jerusalem is settlement activity which Washington deems illegitimate.

Secondly, you have a movement by some right-wing Israeli activists to move into Arab neighborhoods of East Jerusalem, the latest being Silwan. That sparks a fear among Palestinians that the Israelis are trying to push them out of Jerusalem.

Against this backdrop you have a third development, which is tension that is building at the most sacred place in Jerusalem, what Jews call the Temple Mount and that Muslims call the Haram al-Sharif, or the Noble Sanctuary. It is the holiest site in Judaism, and the third holiest for Muslims. Here you have efforts from some Israeli Jews to pray on the Temple Mount. After Israel captured East Jerusalem in the Six Day War [in 1967], it immediately returned all control (other than security) of the Temple Mount/Haram area to Jordan. The Jordanians, through the [Jerusalem Islamic] Waqf, control the religious administration of that area. What you have now is an effort to change that status quo by a small number of Israelis who want to introduce Jewish prayer on the Temple Mount. Some of them even talk about wanting to build the Third Temple there [EDS: The Second Temple was destroyed 2000 years ago. Jewish tradition holds that a third temple will be built on the Temple Mount in a future messianic era].That’s what was behind the attempted assassination of an Israeli activist last week who had been a leading advocate for allowing Jews to pray up on the Temple Mount area.

At last weekend’s cabinet meeting, Netanyahu called for calm. What does that really mean?

The most important thing that the prime minister did over the weekend was that he said repeatedly that he would not allow any change to the status quo on the Temple Mount/Haram area. And that was meant to be a calming message not only to the Palestinians but also to the Jordanians, who have been very concerned about what’s been happening there. But at the same time, you have the construction and housing minister in Netanyahu’s own cabinet, Uri Ariel, who called on Israel radio for the Third Temple to be built on the area where the Muslim holy sites sit. So the messages that are being heard are mixed.

In the United States there was a bit of an uproar because the Atlantic published an interview in which an unnamed U.S. official used a derogatory term describing Netanyahu, causing a big stir in Israel as well. How would you describe U.S.-Israel relations?

The U.S.-Israel relationship has been extremely bumpy, frankly, throughout the tenure of both President Obama and Prime Minister Netanyahu. The tensions increased with the breakdown of the peace talks in April of this year, at which point the United States effectively accused the Israeli government of undermining the talks through continued settlement activity. And again, when it comes to Israeli housing efforts in East Jerusalem, you have a real disconnect between Israel and the United States over what to call what is actually happening.

"Netanyahu today appears to be trying to curry favor with the settlers and with the ultra-orthodox he hopes he might bring into his next government."

Last weekend was the nineteenth anniversary of the assassination of Prime Minister Yitzhak Rabin, who was noted for his flexibility in his last year in negotiating with the Palestinians and for signing the Oslo Accord. What was it in Rabin’s last years that made him different from before?

There’s still in Israel a very intense debate about what Rabin intended to do. Rabin had, in signing the Oslo Accords calling for mutual recognition between Israel and the PLO, ruled out a Palestinian state as the end goal. So you have some in Israel today saying, "Rabin never went as far as some of his successors such as Prime Ministers [Ehud] Barak or [Ehud] Olmert did with proposals they put forward." But you also have another camp in Israel that says that Rabin was in the process of continuously revising his views and was on a trajectory toward accepting a demilitarized Palestinian state. We don’t know and we can’t know the answer to this because Rabin was assassinated before it could be tested. His intentions have become a bit of a Rorschach test for Israelis.

Rabin’s son has called for an all-state conference like the one that President George H.W. Bush and Secretary of State James Baker organized after the first Gulf War, to have everyone around the table to talk about peace. Do you think that would be a possible start?

Some in Israel and elsewhere say that following years of failed bilateral negotiations between Israel and the Palestinians a regional approach should be adopted. They cite the convergence between Israel, Egypt, those Palestinians who oppose Hamas, and some Gulf states, particularly Saudi Arabia and the United Arab Emirates, in opposition to Sunni radicals. They suggest that around this shared regional view you can build a peace settlement. The Arab response today is that they have put forward the basis for such an approach, and it’s called the Arab Peace Initiative. It was put forward in 2002 by Saudi Arabia and endorsed by the Arab League. Some in Israel, even in the Israeli government, like Tzipi Livni, say Israel should agree to the Arab Peace Initiative as a basis for negotiations. They say the proposal is not a take-it-or-leave-it document since the Arab League has subsequently indicated its willingness to modify it. But the key point is that the fundamental Arab response is that any approach toward peace between Israel and the Arab states that does not address the Palestinian issue first and foremost will not work.