Skip to main content
A U.S. Playbook For Iraq and Syria

The Obama administration should collaborate, at least temporarily, with Iran and Russia in a campaign against Sunni extremist groups fighting in Iraq and Syria, says Leslie H. Gelb, a former official at the State and Defense Departments. He says that jihadists must be kept from overrunning the two states, if a practical, long-term political solution is to be found. "In both countries, the only kind of peace that could possibly work is a federal system," he explains, resurfacing a proposal he made in 2006 with then senator Joseph Biden. 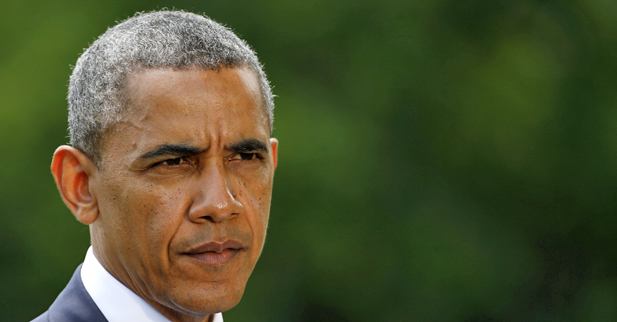 Several years ago, you and then senator Joe Biden proposed a federal system for Iraq in which the Kurds would control the north, the Sunnis the center, and the Shia the south. That seems to be what’s happening right now amid the heavy fighting, although the chaos was not what you had in mind at the time. What is going to happen in Iraq?

What I had in mind at the time was preventing what we’re seeing now—that is, the breakup of the country by civil war. Because I didn’t think it was in the interest of the Iraqis or of our friends in the region, or especially of the United States, to see a real breakup of the country. And I thought the only way to keep it together was to allow each of these groups as much leeway as possible in governing their own affairs. And what’s happening now is a form of civil war of the three groups that always underpinned the area we call Iraq.

Why did the Iraqis, at the time, reject your proposal?

Some Iraqis hated it and some didn’t. As you know, the federal system that Joe Biden and I proposed, and which was passed as a resolution by the U.S. Senate, is in the Iraqi constitution today. It was put in there several years ago, so they couldn’t have disliked it so much.

The people who disliked it most were the American Middle East experts, who were uniformly and without exception opposed to it. They said the federal system was going to break up the country, but the whole point of it was to prevent the breakup. So there were some Iraqis who didn’t understand it, didn’t understand federalism, like a lot of Americans don’t seem to understand it, and some Iraqis who said, "yes, this is the way to handle it," and they put it in the constitution.

But Prime Minister Nouri al-Maliki, who also presided in 2007—when the Senate approved this resolution—didn’t’ like it.

And is still opposed to it. Why?

For terrible and obvious reasons. He wanted his Shia to run the whole country, just the way the Sunnis ran it for so many years under Saddam Hussein. He was thinking: "now it’s our turn, and I’m not going to give any quarter to any other group, particularly the Sunnis who were our historical oppressors."

If President Obama called on you for advice on the current situation in the region, what would you tell him?

I would say, first and foremost, that you need a strategy. If you don’t operate with an overall strategy, any individual move you make ultimately won’t work. Strategy has to start with this: who’s the real threat in that part of the world now? And the answer is, in Syria, it’s the jihadis. And in Iraq, it’s the jihadis. So we’ve got to look for allies to confront that threat. That’s the most serious thing.

And in Syria, it means cooperating in some fashion with the guys we don’t like and eventually want to get rid of, namely President Bashar al-Assad, and as well working with Iran and Russia, who also oppose the jihadis in Syria.

But it’s not just a Syria problem or a single country problem. It’s always been spilling over into Iraq, and our natural allies there are the Iranians again. And I’d work with them to deal with this immediate problem, because if the jihadis are allowed to, in effect, prevail in Iraq and to some extent in Syria, there’s no time to develop the kind of political solutions in both countries that we need for a more stable peace down the line. And in both countries, the only kind of peace that could possibly work is a federal system.

If we cooperate closely with the Iranians, won’t that greatly upset the Saudis, who are Sunni?

When you look at the realities of what’s been going on—in the Middle East, in Africa, around the world—who has been financing the terrorists, the jihadis? Who’s been giving them money and arms? It’s come principally from three places, from three of our—I put this in quotes—"allies," from Saudi Arabia, Kuwait, and Qatar. The fact is they have been funding the very people who threaten our friends and allies, and ourselves. We’ve got to crack down on them.

Do you think the Iranians would be really willing to help us?

The Iranians are not our buddies, but they have their own interests. And their main interest now is in rebuilding their economy, which has really been hit hard over the last thirty years, and harder in the last several. And they want us to help lift the international sanctions. That’s their number one strategic objective. And they also worry about the jihadis. So there is a basis for cooperating with them. It’s not a basis for a love and marriage, but it is for cooperation.

Is a summit , where Obama and [Iranian president Hassan] Rouhani could talk about these issues in person—possible?

I don’t know. As you know from all our conversations over the years, I don’t think the George W. Bush administration or the Obama administration is strong on strategy. They tend to react to immediate problems and threats. And the only way to pull things together over time in the Middle East is with a common sense strategy.

The Iranians say they’re going to help the people in Baghdad, but I don’t know what the Americans can do militarily in Iraq.

There’s a lot of talk now. There’s a great deal of pressure from certain Republicans to take air action—fighter aircraft and drones—and to put spotters on the ground for intelligence. But frankly, if they thought about it for just seconds, they would see that that kind of military input would be a drop in the bucket.

The question is the viability of the Iraqi government and the willingness of their nearly million-men security forces to fight. And if they see a few American aircraft in the sky, that’s not going to change those things. The problem goes far deeper.

Obama told reporters that he was sending some three hundred advisers to Iraq. He also left the door open to some cooperation with Iran, but urged the Iranians not to send any armed forces into Iraq. Do you think the limited U.S. military role can help the Iraqis stabilize the situation?

No. The situation in Iraq is profound upheaval. It is not going to be reversed by U.S. drone and fighter plane attacks. The problem is on the ground, not in the sky.