China
Notable Quotables From THE BATTLE OF BRETTON WOODS

“The various currencies, which were all maintained on a stable basis in relation to gold and to one another, facilitated the easy flow of capital and of trade to an extent the full value of which … 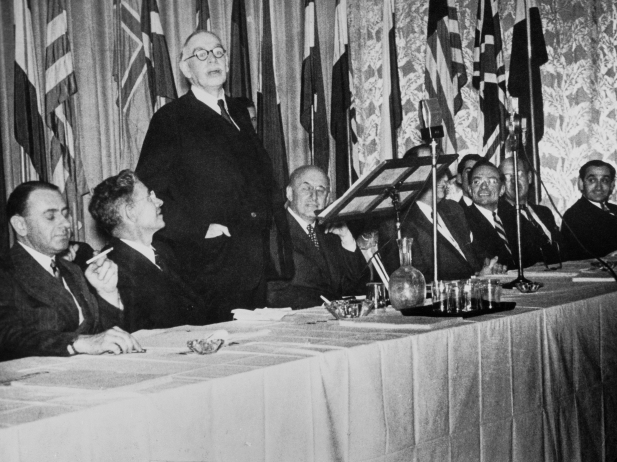 Those universities commonly regarded as the best in South Africa have been roiled by student unrest over the past two years. First, it was protests against the symbols of imperialism and racism such …

I wrote yesterday about ten Americans who died in 2016 who helped shape U.S. foreign policy during their lifetimes. But Americans are not the only ones who influence world affairs. Below are ten worl…

As whites in South Africa protest perceived marginalization, it's worth taking a look at the legacies of apartheid, slavery, and Jim Crow.

Zimbabwe’s founding father, Robert Mugabe, ushered his country into independence, then established a tyrannical regime and presided over the destruction of the economy. He was ousted in a November pa…

Nobody who cares about Africa’s wildlife can like a September 9 New York Times headline, “Hunter Seeks to Import Parts of Rare Rhino He Paid $400,000 to Kill.” The story recalls the dentist from Michigan who paid for, shot, and killed Cecil, an elderly lion in Zimbabwe. In this case, a Michigan big game hunter paid a Namibia conservation organization $400,000 for the opportunity to shoot a black rhino. Now, he is applying to the U.S. Fish and Wildlife Service to bring its skull, hide, and horns into the United States.

Zimbabwe
Wildlife Conservation in Africa, Outrage in the West, and Cecil the Lion

Four years ago, on July 2, 2015, a Minneapolis Dentists killed a well-known Lion, Cecil, in a Zimbabwe trophy hunt with a bow and arrow. Cecil was something of a star in the developed world.