Iran
America Must Be Ready For Iranian Retaliation

The assassination of Qassem Suleimani may have been legally justifiable but was not strategically prudent.

Bill Weld was the first Republican to officially announce he would challenge Donald Trump for the Republican presidential nomination. Weld knows that his bid faces long odds. Roughly nine out of ten …

Sierra Leone currently ranks as one of the least developed countries in the world, with a GDP per capita of less than $300 and high levels of poverty. But President Julius Maada Bio has charted an ambitious development plan for the small West African country. Since 2017, President Bio has overseen increased investment in advanced technologies in the hopes of spurring development.

China
When it Comes to Exporting (Manufactures), Europe is Now the One from Mars

Manufacturing exports are about three times more important to the euro area than to the U.S. economy. That's largely because the U.S. now exports very few manuactures. And China's imports of ma… 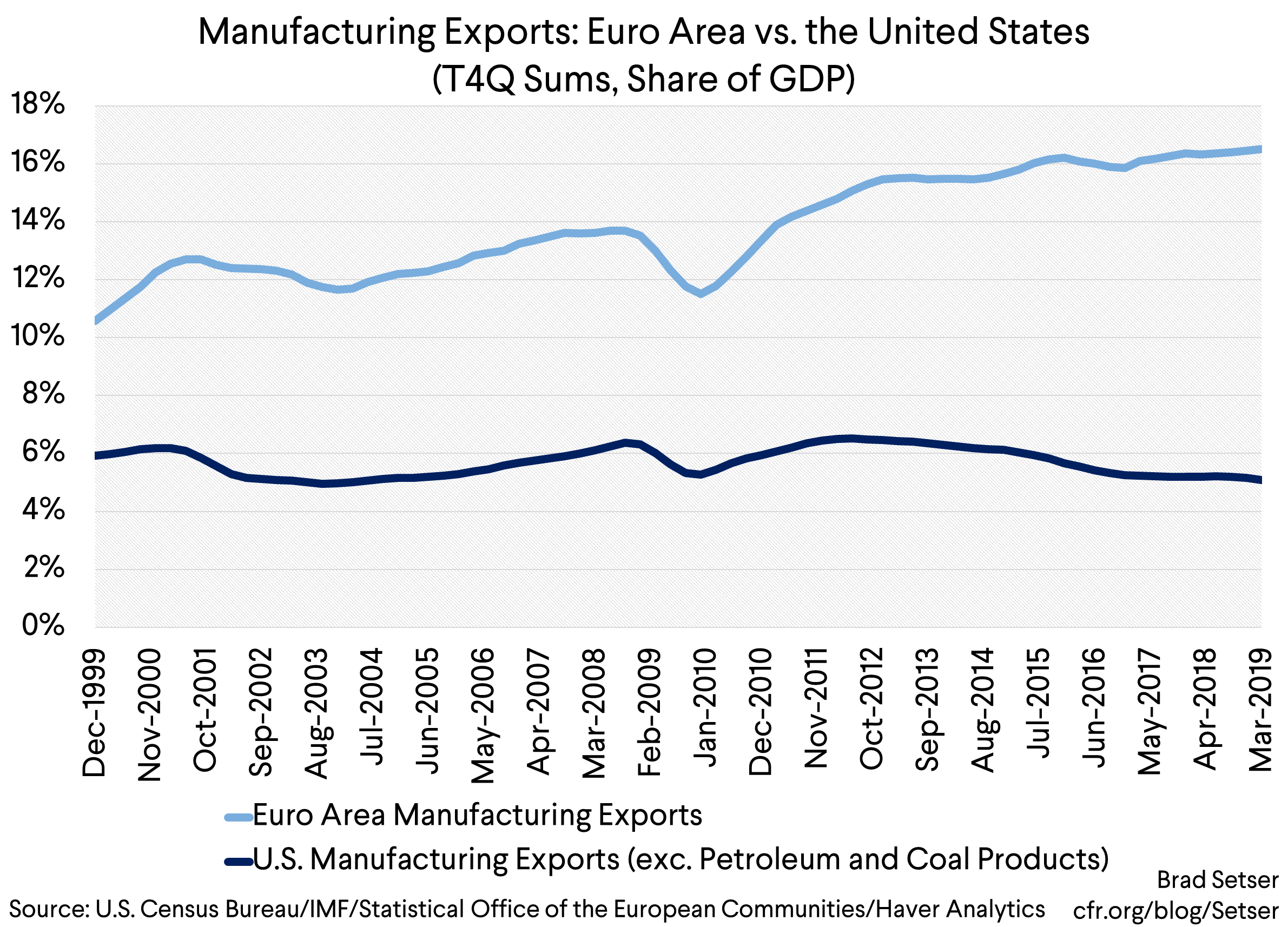 South Africa
Background to South Africa's National Elections on May 8

On May 8, South Africans will vote in national elections for the sixth time since the end of apartheid and the transition to “non-racial” elections in 1994. While there are forty-eight political parties contesting, only three have a reasonable chance of forming a government. They are the ANC, the Democratic Alliance (DA), and the Economic Freedom Fighters (EFF).

In the run-up to the elections, the BBC has done a service by presenting statistical data on how South Africa has changed since 1994. The data is drawn from Stats SA, the official statistics office, and think tanks. South African statistics, official and non-official, are credible. The BBC’s selection of statistics shows greater social progress since the end of apartheid than the current political debate would indicate, but that poverty remains mostly black and coloured. (Coloureds often regard themselves as a separate race, not of mixed race.)

South Africa
The End of Apartheid in South Africa: The U.S. and UK Policy Perspective

Panelists present firsthand accounts of the end of apartheid in South Africa, specifically the involvement of the United States and Great Britain, and the repercussions of their policies for South Af…

Event by Chester Crocker and Robin Renwick Lessons From History

South Africa’s national elections on May 8 are likely to be dominated by the governing African National Congress (ANC) and the official opposition, the Democratic Alliance (DA). However, the third largest party, the Economic Freedom Fighters (EFF), is likely to continue to benefit from outsized media attention because of its economic radicalism and its anti-white stance. In the national elections in 2014, its first election after being founded in 2013, it won 6 percent of the vote, and in local government elections of 2016, it won 8 percent.

On February 2, the Economic Freedom Fighters (EFF) unveiled its election manifesto with spectacle and fiery rhetoric characteristic of its leader, Julius Malema. It reiterated its position on land and mine ownership, called for the doubling of social grants (welfare payments), and for increases in spending on educational infrastructure and healthcare.