“I am confident that the apparent disconnect between growth and inflation is a temporary phenomenon,” said ECB executive board member Yves Mersche on December 6. The “deep downturn” in the Eurozo… 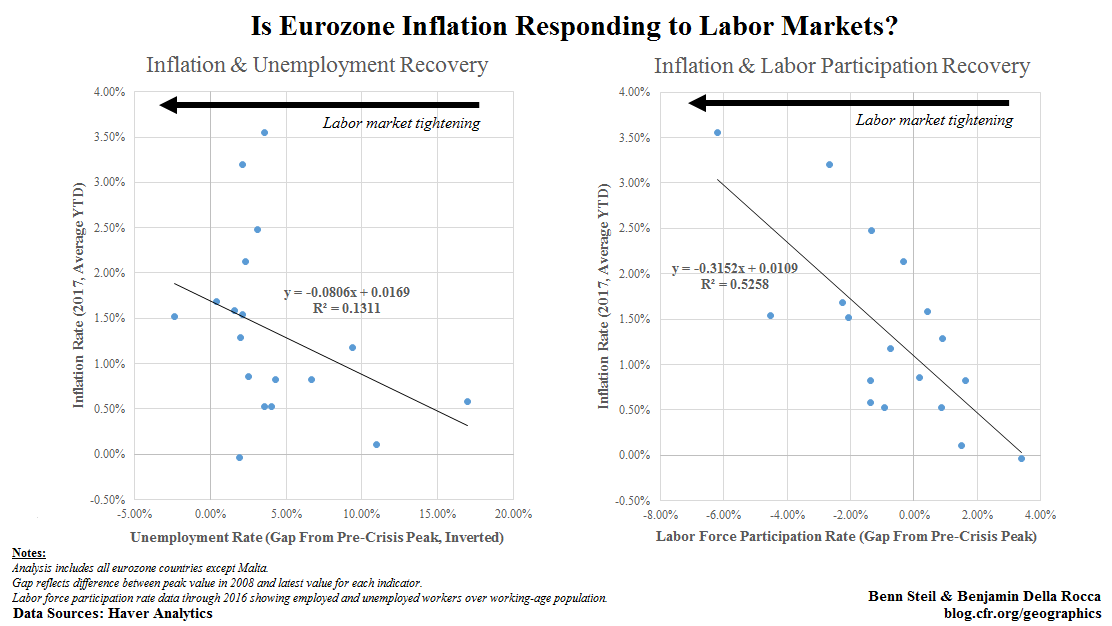 David L. Phillips, a senior fellow at the Council on Foreign Relations and the deputy director of its Center for Preventive Action, visited Iran in December. On the basis of that trip and in the afte…

Energy and Climate Policy
Electricity as Coercion: Is There a Risk of Strategic Denial of Service?

This guest post is co-authored by Joshua Busby, associate professor of public affairs at the Robert S. Strauss Center for International Security and Law at the LBJ School at the University of Texas a…

The birth of Archie, the first son of the Duke and Duchess of Sussex, has led to British media speculation, picked-up by the New York Times, that the Queen (actually, in conjunction with the Theresa May government) may dispatch them to Africa for a undetermined period. Their role, beyond lubricating the UK’s ties with its former African colonies, would be to build support for the Commonwealth of Nations. It would also get the Royal couple out of the media circus surrounding Archie’s birth. There is further speculation that Archie’s mixed race would make the family particularly attractive to Africans.

Chances are you haven’t heard of Andrew Yang even though he’s been running for president for more than a year now. By any objective standard, he is the longest of long shots. He has never held politi…

Charles Evans discusses the Federal Reserve Bank of Chicago's role in the U.S. economy and policies for economic growth.   The C. Peter McColough Series on International Economics brings the worl…

A disenchanted government insider’s take on the planning that did go on for postwar Iraq that the Bush administration willfully ignored. According to conventional wisdom, Iraq has suffered because…

Overview Iraq's election on January 30 was an important step in the country's political transition. Still it is essential to keep a sense of perspective. In a democracy, power is distributed am…

Turkey
Unsilencing the Past

The Turkish-Armenian Conflict has lasted for nearly a century and still continues in attenuated forms to poison the relationship between Turks and Armenians. Contact was taboo before the author brought the two sides together to explore ways of overcoming their historical enmity.

Georgia
Stability, Security and Sovereignty in the Republic of Georgia

Overview Georgia is strategically important to the United States in the war on terror and an indispensable transit point for energy supplies between Asia and Europe. Though the country’s Novemb…