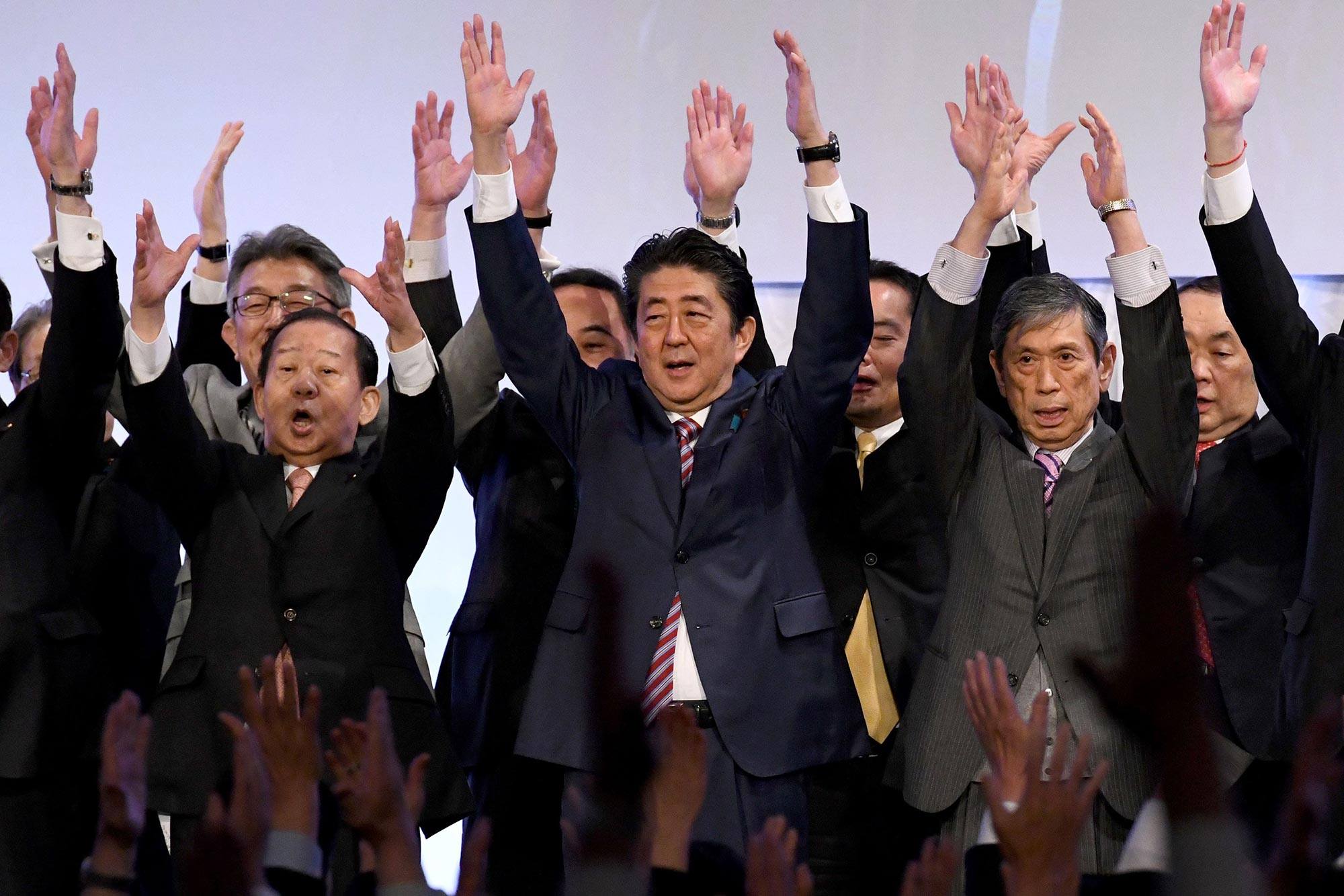 For most of the last seventy years, Japan’s political parties have been at odds over the constitution, making revision impossible. The conservatives in the Liberal Democratic Party (LDP) have advocated for revision since the party’s formation in 1955. Opposition to change from the left, specifically from the Socialist and Communist Parties, was similarly unequivocal. Only after a political realignment in the 1990s did new parties express interest in constitutional revision as part of the national conversation on governance reform.

By 2000, the Diet had created special multiparty commissions to discuss the constitution. The lower and upper houses presented detailed reports on their respective commissions’ deliberations in 2005. A study group then began to consider how to organize a national referendum.

In 2016, the Liberal Democrats and their coalition partner, Komeito, had gained both a two-thirds majority in the lower house and sufficient seats in the upper house to make revision possible. The opposition fragmented. A new party, the Constitutional Democratic Party of Japan, formed to oppose revision. Prime Minister Abe, however, could not rally his party around a legislative effort to revise the document.

The Mechanics of Revision 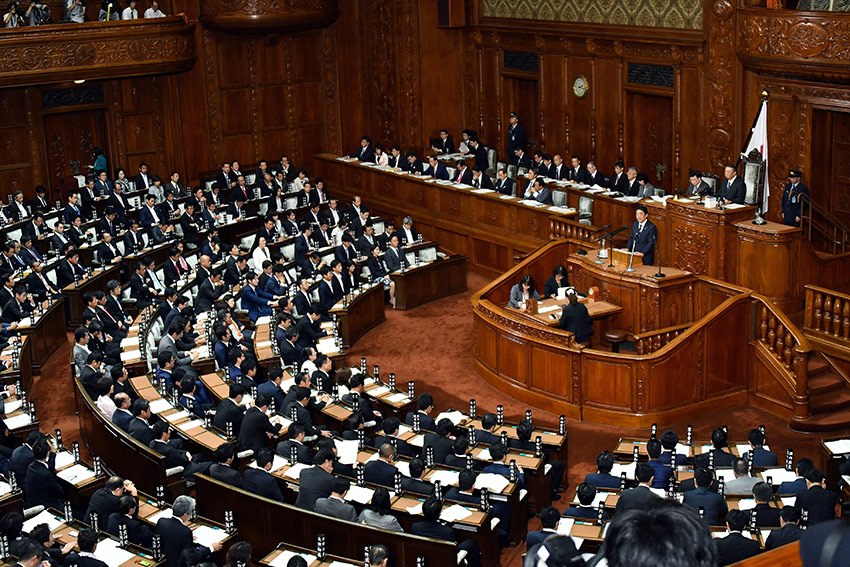 Article 96 requires that any revision gain the approval of two-thirds of legislators from both houses of the Diet and then approval by a majority in a national referendum. The prospect of revision has seemed so distant that a national law specifying how to hold a referendum was not considered until the early twenty-first century. The first such law passed the Diet in 2007 and was revised in 2014.

The LDP Takes the Lead

The LDP has sought to introduce deliberations on the constitution to the Diet twice. The first effort began on June 11, 1956, when the Diet created the Commission on the Constitution.

The Japan Socialist Party, the largest opposition party at the time, refused to participate in the commission, which it saw as a thinly disguised attempt to endorse revision. In the end, the commission largely sought to clarify how the constitution was drafted, interviewing U.S. and Japanese participants in the process. When the commission released its final report, the body included only nineteen legislators from both houses, all members of the LDP.

A second effort to reconsider the constitution in the Diet began in 2000. Each house formed its own Research Commission on the Constitution (Kenpo chosakai). The lower house commission had fifty legislators, and the upper house commission had forty-five. Several areas of agreement emerged between the LDP, the Democratic Party of Japan (DPJ), and Komeito. Each commission issued a report in 2005. The reports did not make recommendations but tried to provide a basis for future discussion.

In 2007, a bill was introduced in the Diet to create procedures for holding a national referendum, spearheaded by the LDP. Through coalition with Komeito the bill passed both houses. In 2014 the Diet revised the law to lower the voting age to eighteen, with little opposition.

Constitutional Change in Other Democracies 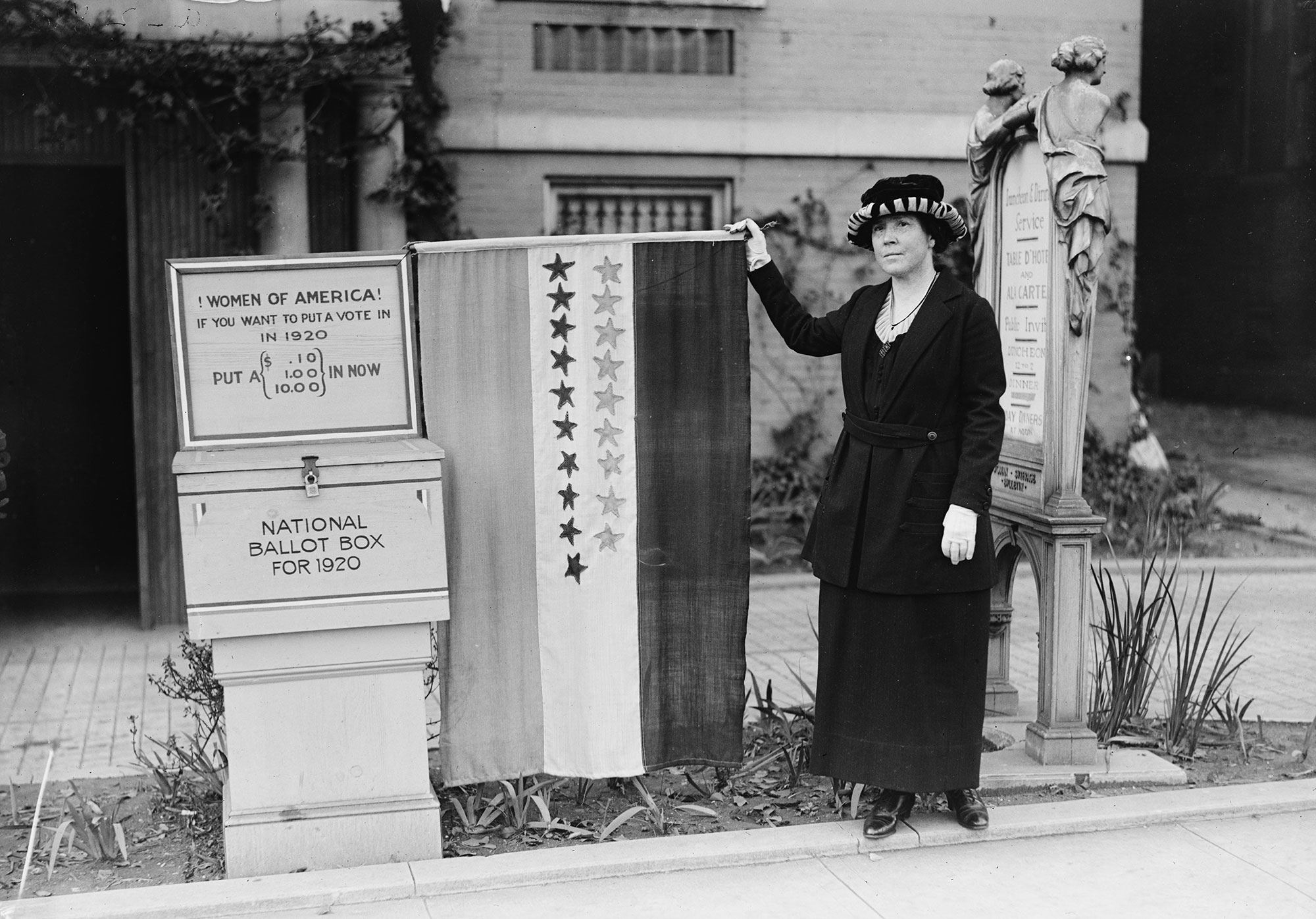 Japanese citizens’ hesitancy to revise the document that underpins their postwar democracy is striking in comparison to practices in other democratic nations. Many have amended or fully revised their constitutions.

In Japan, though, to date no party has proposed initiating the process of constitutional revision in the legislature. Although the prime minister urged his party to prepare a new revision proposal in 2018, the LDP has yet to present its proposal to the Diet.

Compare Constitutional Changes Around the World

Japan
United States
Date of Promulgation
1947
Date of Promulgation
1788
Revisions / Amendments
0
Revisions / Amendments
27
(11,000 attempts)
Process
A two-thirds majority in both houses must approve the revision/amendment, followed by a majority in a national referendum
Process
Two-thirds of the House and Senate must approve, followed by three-quarters of the states
Source
Shugiin
Source
National Archives 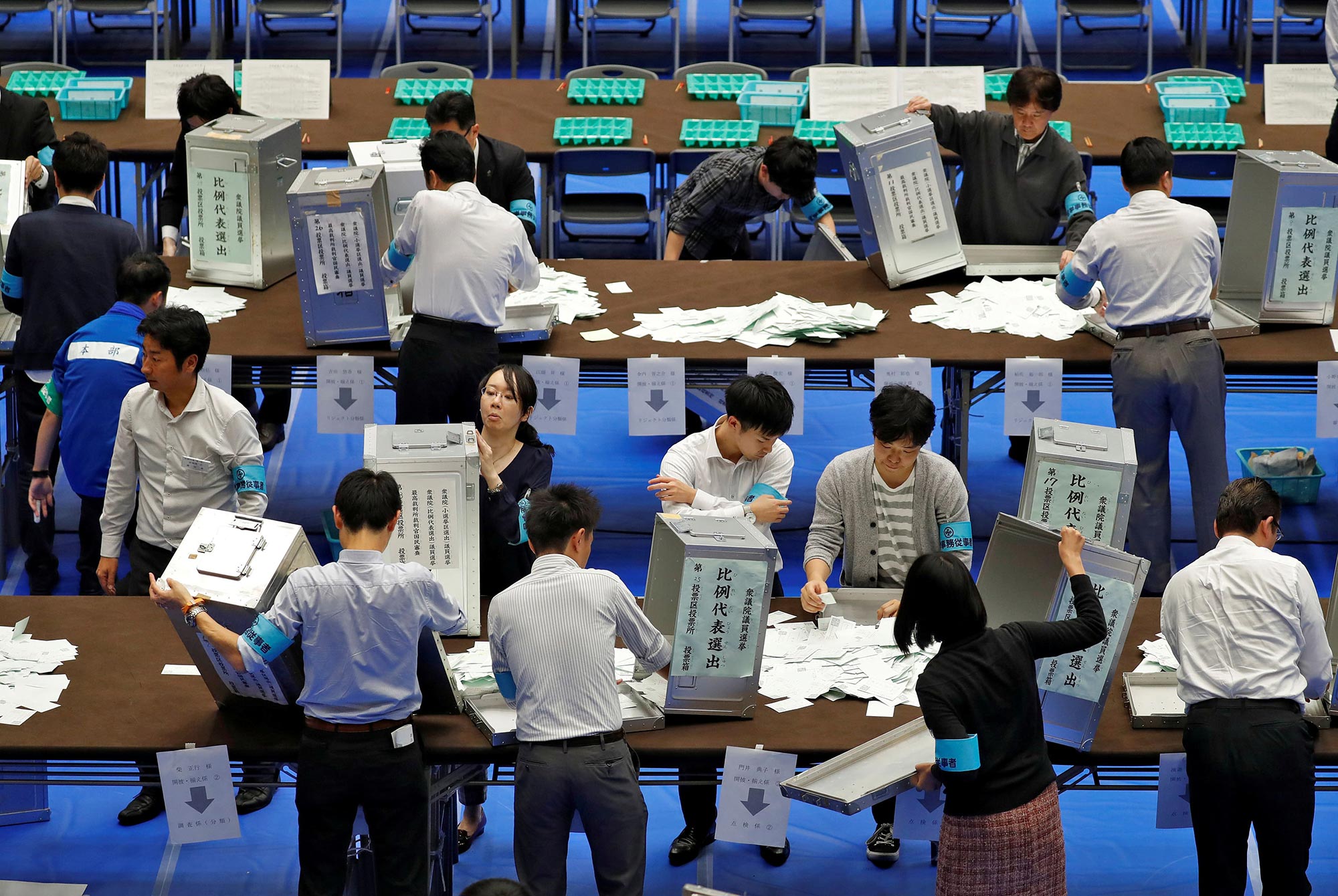 The Diet commissions of the early 2000s provided the first opportunity for cross-party discussion on revising the constitution. In the lower house the Socialist and Communist Parties dissented, but in the upper house consensus was emerging between the LDP, DPJ, and Komeito. Only the LDP, however, was willing to amend the language of Article 9.

Outside the Diet, other organizations also weighed in. Some media organizations provided proposals for revision, and Japan’s business leaders noted that Japan’s global role should be considered in revision discussions. 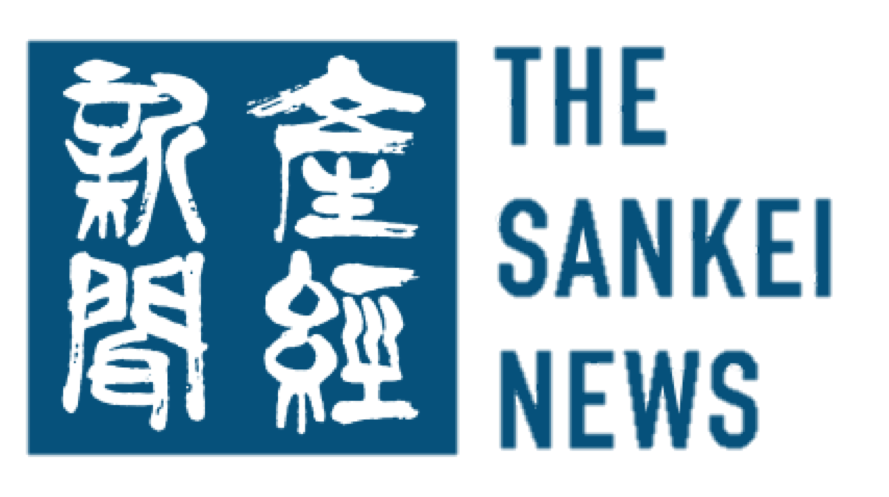 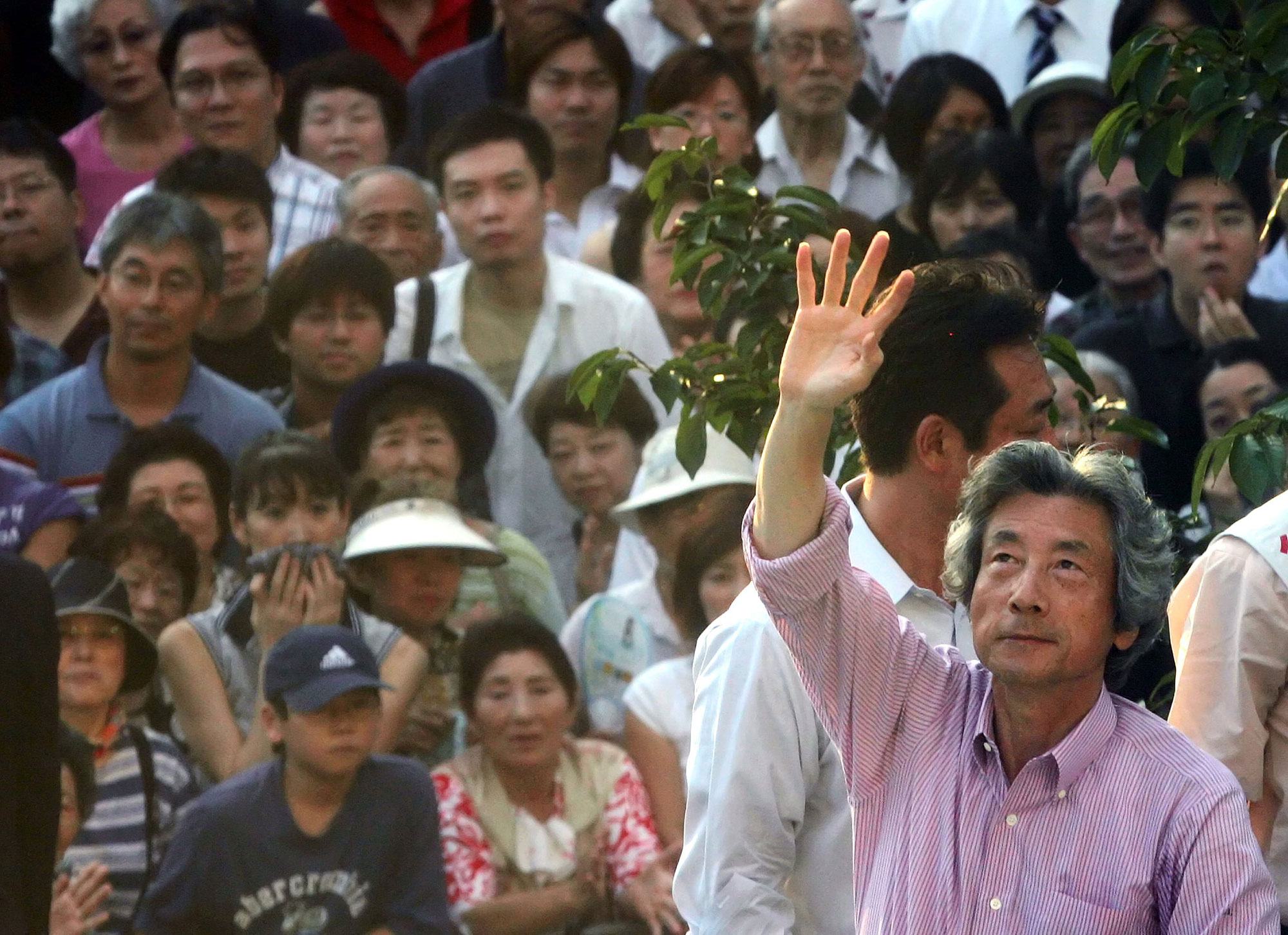 Reforming governance has become a common refrain in Japanese politics. The LDP and other parties have called for new ideas on how to meet Japan’s emerging challenges. Constitutional revision has become linked to this broader notion of governance reform and has been added to party campaign platforms.

By 2005, the DPJ and Komeito were campaigning on their ideas about amending the constitution. Political realignment created the opportunity for new parties that were eager to clarify where they stood on Japan’s constitution.

When Shinzo Abe and the Liberal Democrats returned to power in 2012, the prime minister openly called for a formal Diet deliberation on constitutional revision. In January 2017, Abe surprised many by suggesting that Article 9 should be amended. Constitutional revision became the centerpiece of the LDP Party Convention in March 2018, but no consensus emerged on a new draft.

Abe stepped down in 2020 after almost eight years as prime minister, unable to amend the constitution. 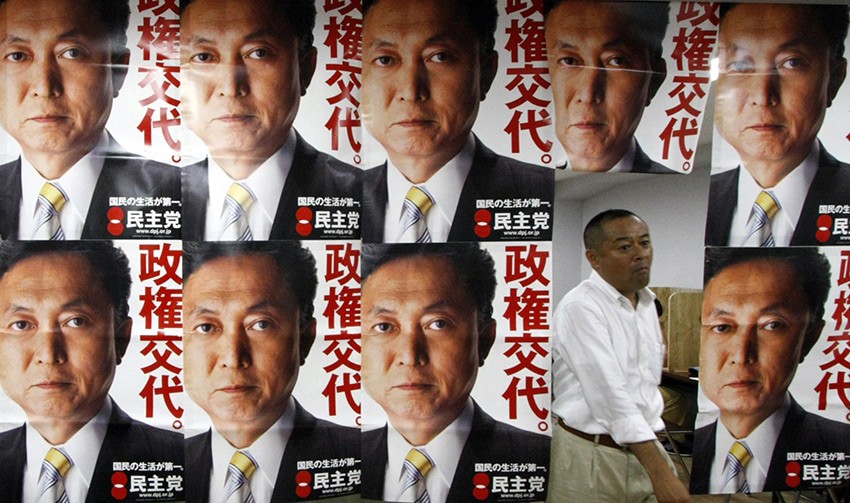 The DPJ won the 2009 lower house election, accomplishing its aim of "a change in government" (seiken kotai), with a broad mandate for reform. Constitutional revision was its priority. But over the next three years the DPJ had to confront the demands of governing Japan and major crises—the clash with China over the Senkaku/Diaoyu Islands and the 2011 earthquake, tsunami, and nuclear crisis. 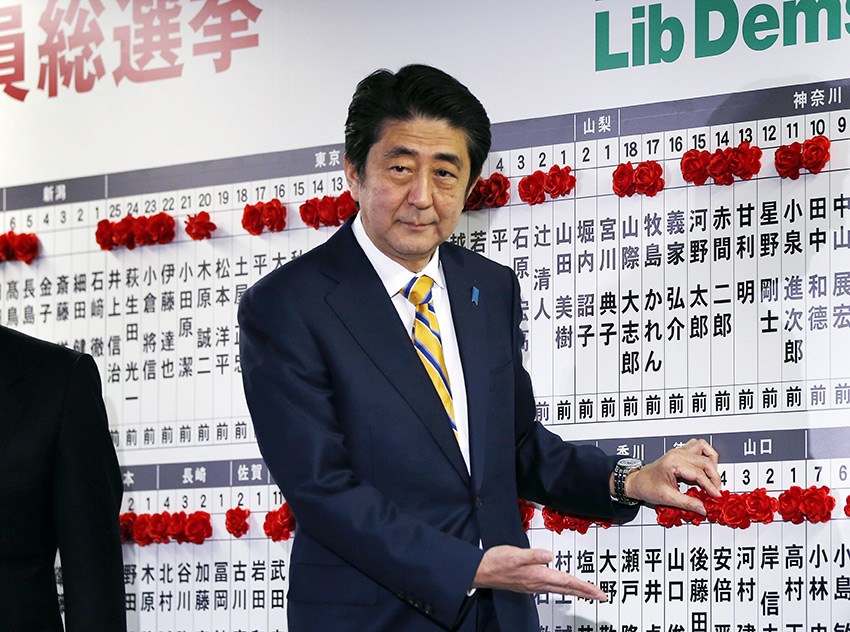 The LDP returned to power in coalition with Komeito in the lower house election of December 2012 under the leadership of Shinzo Abe. Abe’s views on the constitution were clear: "The Liberals and Democrats who formed the LDP wanted to create our own constitution, and the merger of the two parties was done to achieve the two-thirds majority in both houses that was needed for revision. Revising the constitution was the symbol of our regained independence. It was for this that the Liberal Democratic Party was founded" (Shinzo Abe, Utsukushii Kuni e). 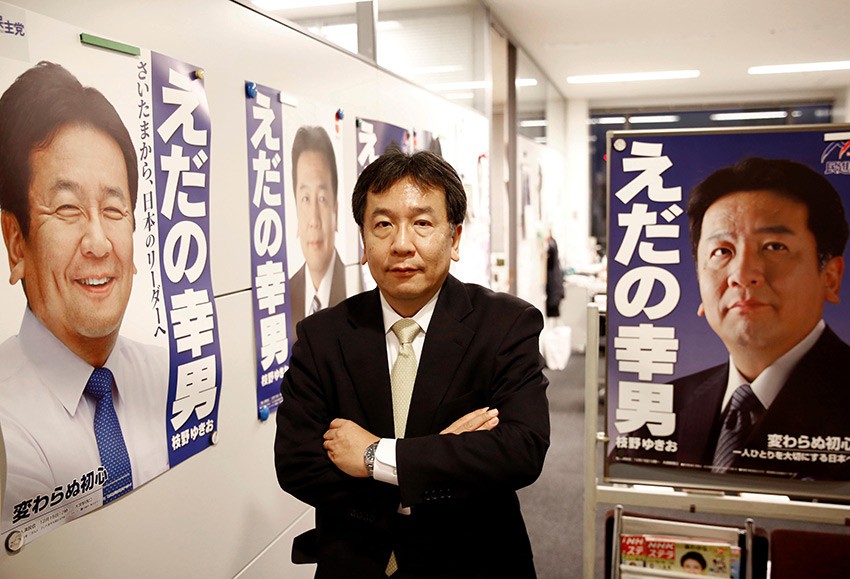 The 2017 lower house election resulted in the breakup of the DPJ. The opposition split into new parties, the Party of Hope and the Constitutional Democratic Party of Japan (CDPJ). The former supported revision, while the latter opposed it. The CDPJ won 54 seats, making it the largest party to oppose the LDP in the 480-seat lower house, but it was still far too small on its own to stop a revision attempt.

Campaigning on the Constitution

Political parties became more forthright on their thinking about the constitution after the release of the 2005 Diet reports. Both the DPJ and Komeito embraced the idea of constitutional debate. In 2005 the DPJ developed its own proposal for revision, but it later vacillated, becoming more hesitant once elected in 2009.

In 2012, the Japan Innovation Party (Ishin no Kai) joined the LDP as a second pro-revision party, and in 2017 the new Party of Hope (Kibo no To) also declared it was pro-revision. By 2019, even Komeito had moved beyond promoting discussion of revision to embracing the idea of revision. These party dynamics suggested that the LDP could create a pro-revision coalition.