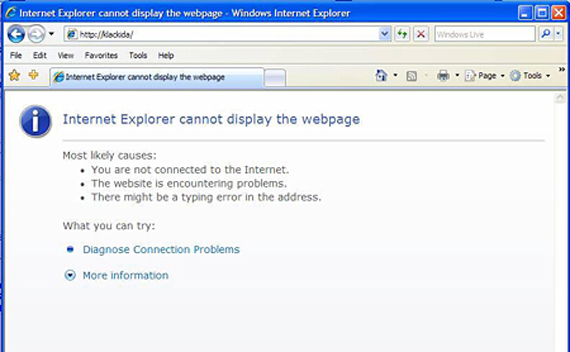 This Saturday is the seventy-ninth anniversary of the Mukden, or Manchurian, Incident, and, depending on who you believe, Chinese hackers are gearing up to launch massive attacks on the computer networks of the Japanese government and private industry, placing Chinese flags on some websites, knocking others offline, and deleting and destroying data. Or perhaps they are not.

Emotions are high since the collision of a Chinese fishing vessel and a Japanese patrol boat near the disputed Diaoyu/Senkakus island chain. After several days of Chinese protests, the Japanese have released the ship’s crew, but are still detaining the captain and may prosecute him.  Besides summoning Japanese Ambassador Uichiro Niwa at least four times, the Chinese have postponed discussions on the disputed gas deposits in the East China Sea.

Both the Chinese and Japanese press have reported that the Chinese Honker Union, a group of hackers, has put out an "attack announcement."  Hacking and denial of service attacks are now often part of the atmospherics when tension erupts between Tokyo and Beijing: in 2001 and 2005, for example, Chinese hackers defaced government websites after official visits to Yasukuni Shrine, and Japanese hackers targeted the website of the China Federation of Defending the Diaoyutai in 2004, 2005, and 2008.

For their part, the Honker Union deny that anything is brewing, issuing a press release stating that the real war "has no smoke and fire." The statement disparages website defacement as "only a form of emotional catharsis," and advises, "please do not launch any pointless attacks."

While it looks like a hacking war will not break out this time, it is another reminder of how the Internet is complicating the conduct of foreign policy. Chinese officials now frequently point to online nationalism as a force they have to answer to and that constrains their freedom of maneuver.  Chinese officials have signaled to the Honker Union that an attack would not be appreciated right now; students have been told not to protest, the website of the China Federation of Defending the Diaoyutai taken offline, and anti-Japanese statements erased from chat rooms.  This may all be further evidence that Beijing hopes to start lowering the volume since attacks on Japanese networks would drown out diplomatic efforts.

So it is very possible that the weekend will pass with very little hacking activity. But if I were a Japanese official in charge of defending computer networks I would probably take little comfort from a relatively uneventful few days. The Honker Union waived off website defacement because of its ineffectiveness. "The real attack," in the words of the release, "is to fatally damage the enemy’s network or gain access to its sensitive information. Any attack will be executed silently."

A Pleasant Surprise While in China...Then Back to Reality