Are government regulations stifling the U.S. economy? Unfortunately the answer to that question, even outside the electoral silly season, rarely goes beyond a simple, and usually partisan, yes or no.

So it was probably inevitable that the release this week of a rather sophisticated economic study by the Manufacturers Alliance for Productivity and Innovation (MAPI) generated predictable headlines about the costs of regulation weighing down the U.S. economy. And as the research and education arm of the big U.S. manufacturers, MAPI was probably perfectly happy with that reading -- which is unfortunate, because the study, conducted by NERA Economic Consulting, contains a wealth of interesting data to help assess the cost of regulations.

My reading of the bottom line: the burden of federal regulation has grown substantially over the past three decades, with real costs to U.S.-based manufacturing, and continues to grow. But the most costly regulations are those designed to improve air quality, reduce energy consumption, and ensure safe working conditions – goals the public generally favors. 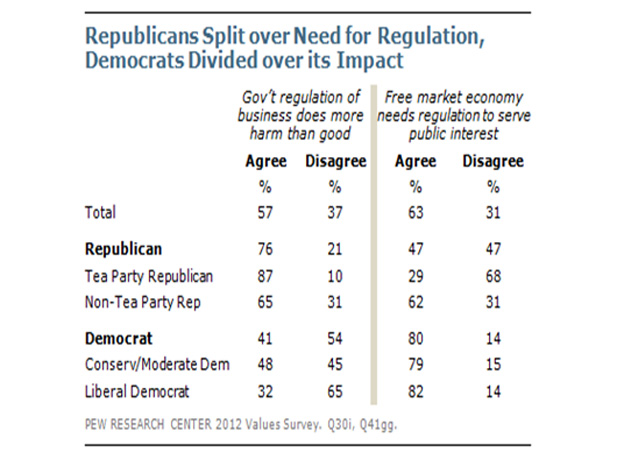 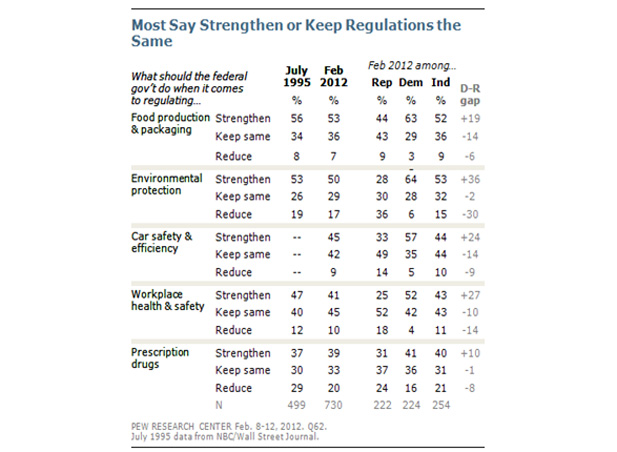 The real question raised by the new study is whether the costs of those measures are reasonable ones, and whether the gains in overall public welfare are worth the expenses foisted on particular industries. Most Americans would be untroubled, I suspect, by the report’s finding that the chemical and petroleum sectors are the ones paying the highest costs for regulation. These are industries that have the potential to do real environmental damage if not properly regulated. The agency that issues the greatest number of regulations is the Department of Agriculture, which is charged with protecting the U.S. food supply. The two regulations that impose the highest costs overall are a pair of 1998 Environmental Protection Agency measures to reduce ozone and particulates in the air. The people of Los Angeles say “thank you very much.”

But it does not follow that more regulation is always better, and in recent decades we have been seeing steadily more federal regulation (though alongside deregulation of certain industries like airlines and telecommunications). During the Clinton administration, the average number of major regulations  -- those with an economic impact of more than $100 million -- enacted each year was thirty-six. During the Bush administration that rose to forty-five per year. In the Obama administration it has been seventy-two each year. And while it says more about an anemic economy than runaway regulation, the inflation-adjusted compliance costs for manufacturers have risen on average 7.6 percent each year since 1998, compared with average annual GDP growth of just 2.2 percent, and manufacturing output growth of only 0.4 percent. Given the other competitive challenges facing U.S. manufacturers, escalating regulatory costs are clearly a problem.

The study drew a predictably angry response from consumer and environmental groups, which called it "pure hokum." They rightly pointed out that the study did not attempt to calculate whether the public benefits of regulation have outweighed the costs to industry. That, of course, was not its purpose. Unfortunately buried in a footnote to his executive summary, the president of the Manufacturers Alliance states:

This study does not address the benefits related to regulation. MAPI recognizes the need for regulation to protect the health and safety of the population and to protect the environment. Our goal is not to argue for the elimination of regulation but to describe and quantify the substantial cost of federal regulation to manufacturers, and to provide a framework for a rational evaluation process so the economic benefit of the rules clearly exceed the cost and American manufacturing competitiveness is not hampered.

I would add that other, not purely economic, benefits such as improved health and a cleaner environment, need to be considered as well. But the study is certainly a useful starting point for a serious discussion of the trade-offs involved in government regulation.