My thoughts on the ruble’s collapse are here. Three points to highlight in particular:

The real test of whether sanctions work starts now. I have for some time believed that it would be an upturn in inflation, and a deep recession, that would be the real test of whether sanctions would create conditions for peace, not a move in Russian stocks and bonds alone. That is because it is only now that the broader Russian public is feeling the costs of President Putin’s policies. No doubt the Russian’s searing experience with hyperinflation in 1998 still resonates with the Russian public. History also reminds us of the fragility of confidence. When crisis happens, exchange rates will move far and fast.

Figure 1: The Ruble and the Price of Crude Oil 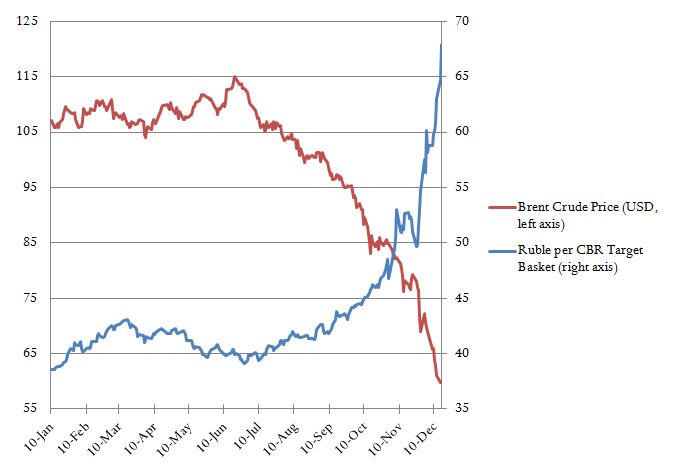 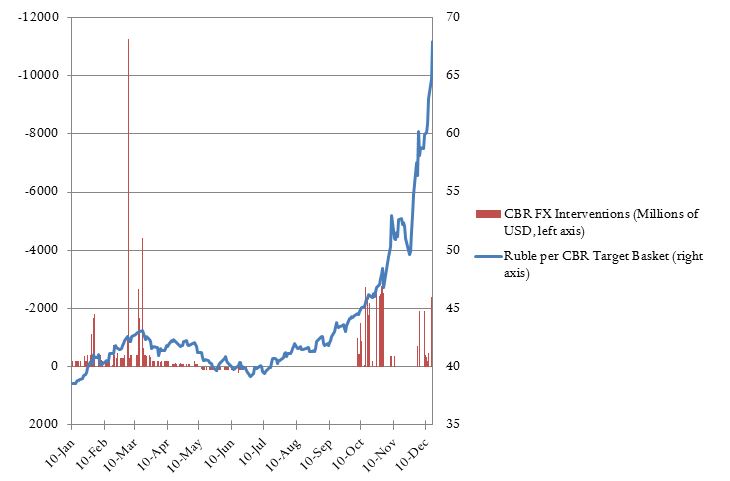