After failing to reach a nuclear accord by last July, the so-called P5+1 nations [the United States, Britain, France, Russia, China, and Germany] and Iran agreed to resume negotiations in New York this week with a new deadline of November 24. Arms control expert Daryl G. Kimball says that while disagreements over some major issues like enrichment capacity and verification measures remain, "a comprehensive agreement is within reach." Kimball says that progress over the next few weeks will be critical as both President Barack Obama and President Hassan Rouhani have dwindling political space to conclude an agreement. 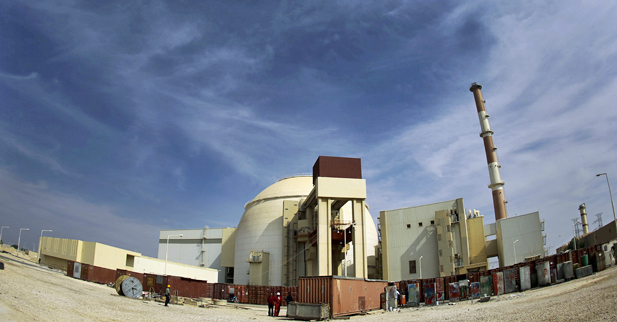 The P5+1and Iran are due to resume their negotiations in New York on Thursday. Are they on track to meet the November 24 deadline ?

There are still major hurdles, but a comprehensive agreement is within reach. Before the last round of negotiations ended on July 20, the previous target date, diplomats had made progress on several major issues. [However,] they still had not bridged the significant gap on how to define Iranian nuclear enrichment capacity, which has become not just a technical discussion, but is tied up in the politics of the United States and Iran.

It’s going to be very difficult for Iranian Foreign Minister Javad Zarif, Secretary of State John Kerry, and Undersecretary of State Wendy Sherman to find a way to resolve that Iranian enrichment problem and tie up the loose ends on the other key issues. But with creativity and flexibility on both sides, and a focus on what’s really important, they can achieve an agreement they each really need.

What are some of the outstanding problems?

A key issue is [Iran] agreeing to a more intrusive monitoring and verification regime. The two sides have a general understanding of what that’s going to take, like Iran’s agreeing to the so-called Additional Protocol, which would allow the International Atomic Energy Agency (IAEA) short-notice inspection at sites Iran does not officially declare.

They also have to address the possibility that Iran might develop a plutonium production capability. There is also the Arak heavy water reactor project that has been under construction for some time. If built according to plans, that facility is capable of producing eight to ten bombs’ worth of plutonium each year.

Wasn’t there some agreement on Arak?

Yes, the two sides apparently have agreed to modifications of the reactor, changing the type of fuel and reducing the power level in such a way as to drastically reduce its potential plutonium output.

What does Iran want?

The two sides have to resolve the structure of sanctions relief—this is what is particularly important for Iranians who are under tremendous pressure due to international financial and oil sanctions. Iran has, over the past several months, come to understand that this is a very complex process. President Obama will initially use his authority under existing U.S. law to waive certain sanctions, and the EU can remove certain sanctions. And when Iran meets its obligations under this agreement, the major sanctions will be eliminated.

But isn’t a major issue the number of centrifuges?

Yes, the problem is that Iran is on track—if there is no agreement—to increase the number and sophistication of its centrifuges so as to enable it to produce a large amount of weapons-grade uranium in short order, if they get up to industrial scale.

Currently they have 20,000 centrifuges installed, about 10,000 of which are operating. About 9,000 of those are first generation. Iran claims that it needs to build up this centrifuge capacity so that it has, by the year 2021, 100,000 or 120,000 centrifuges. That claim is based on the assumption that Iran will no longer be getting fuel for its only operating light water reactor, the Bushehr reactor, from Russia after that date. But the Russians are more than happy to continue the fuel supply arrangement. So the P5+1 have said, "Well, your uranium enrichment needs are not as high as you claim, and we actually think that you don’t need any more than a few thousand first generation centrifuges for the next several years."

Furthermore, there is concern about research and development on more sophisticated technology that could theoretically allow Iran to use a smaller number of centrifuges to produce the same amount of enriched uranium material, which is theoretically easier to hide from international inspectors. The two sides were divided on this issue as of July 20, but there are ways to square the Iranian enrichment circle by November 24.

What would you recommend?

The two sides need to look at other variables in the equation that can help Iran achieve what it wants—the ability to maintain a uranium enrichment and nuclear fuel production capacity in the long term, while giving the P5+1 what they want—reduction in Iran’s enrichment capacity so that it does not have the ability to produce quickly and without detection a sufficient amount of weapons-grade uranium.

One way is if the Iranians agree to cut their overall centrifuge capacity in half, while reducing uranium stockpiles to close to zero and moving some of them outside of Iran. Then, the P5+1might allow Iran, by the year 2021 or so, to go back to its current centrifuge capacity—10,000 centrifuges—and allow them to begin to upgrade centrifuges while keeping the overall enrichment capacity under the desired level. Over time, Iran might be allowed some limited R&D on more advanced centrifuges so that by the end of the agreement, maybe 2025 or 2031, they would have the capacity to enrich uranium for any future reactors.

That kind of compromise may not get either side everything they want, but it would achieve what each side needs, and it could stabilize the situation for quite a long period of time. From our perspective, it would ensure that Iran can’t break out of the Nuclear Nonproliferation Treaty by amassing highly enriched uranium material to make nuclear weapons.

Last year at this time, the new Iranian President Hassan Rouhani and Foreign Minister Mohammad Java Zarif came to New York to the UN General Assembly. At the time, there seemed to be a new atmosphere between Iran and the West—of course, Rouhani and Obama had a now famous phone call. This year, Zarif and Rouhani are here again. What is the feeling now in Iran?

Last year, there was a great deal of drama about President Rouhani’s visit. He struck an entirely different tone and profile than his predecessor. Since then, the negotiations between the P5+1 and Iran, and even the United States and Iran, have become normalized. It is no longer front page news for U.S. and Iranian diplomats to meet on a bilateral basis to talk about the nuclear issue. So that’s a positive development.

But the window of opportunity for President Rouhani and Foreign Minister Zarif to conclude a comprehensive agreement with the P5+1 is narrowing. They are now approaching their one year anniversary in office. Along with the P5+1, they missed the original July 20 target date. While they expanded the interim agreement that was reached in November 2013, which provided limited sanctions relief in return for reversing most of Iran’s nuclear program’s progress, the hardliners in Tehran have begun making it a little bit more difficult for the Rouhani regime to continue to engage. There’s more criticism than before, and if the two sides don’t reach a comprehensive agreement by November 24, their diplomacy’s not over, but the opportunity for a comprehensive agreement may be lost.

In the Middle East, of course, attention has shifted dramatically to the problems dealing with [the Islamic State in Iraq and Syria]. In President Obama’s speech last week, he did not mention Iran, but is this affecting the nuclear talks at all?

Despite all the other turbulence in the international system over the last year, these talks have moved forward. The negotiators have been very serious, they’ve shut out, apparently, a lot of the other tensions and problems going on. The United States and Russia have continued to work closely in the P5+1 talks with Iran despite the Ukraine crisis, so I would expect that the recent focus on terrorist/extremist threats in Syria and Iraq is not going to distract the negotiators from their task.

But over the next few weeks, the United States and Iran will probably be acting in complementary ways to deal with the ISIS threat because it’s in their common interest. Does that make them strategic allies? No, they are becoming de facto allies of convenience in dealing with these extremists.