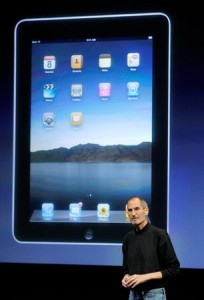 During the almost two-hour confirmation hearing for Lieutenant General Keith B. Alexander to be Director of the National Security Agency and Commander of the United States Cyber Command, China did not come up once (unless you count Senate Armed Service Committee Chairman Carl Levin’s question about a hypothetical traditional armed conflict with country C that involves cyber attacks. If you’re not going to name names, why pick C? Why not A, B or X ?). Still, there were a few nuggets of interest for the Chinese, and for everyone else.

In his opening statement, Lt. Gen. Alexander described his mission as one of building capacity and capability to secure Defense Department networks. His declaration that the Cyber Command was "not about the militarization of cyberspace," but rather safeguarding vital systems, was clearly meant to reassure Beijing (and Moscow) and to dampen an arms race. However, it is likely to have little impact. In his written answers submitted to the committee before the hearing, Alexander says that military command and control networks, power grids, banks and other financial institutions, transportation and national telecommunication networks are "all potential targets of military attack, both kinetic and cyber, under the right circumstances."

Since cyber is "unchartered territory" in terms of law, policy, and military doctrine, there was a great deal of discussion about overlapping authority, transparency, and responsibility between NSA and the Cyber Command as well as NSA and the Department of Homeland Security. Alexander tried to reassure privacy advocates that even though he will be dual-hatted at NSA and the Cyber Command and there will be a great deal of synergy between the two, each will maintain their own identity and separate authority.  As for NSA and DHS, there was a need for greater discussion and transparency, which led to one of the sharper observations, from Senator Mark Udall, that many of Alexander’s answers to the committee’s questions were placed in the classified supplement.

Finally, Alexander mentioned that he was the proud owner of a new iPad, leading to this blog’s title.