Five years ago, a 9.0-magnitude earthquake struck off the coast of northeastern Japan, triggering a tsunami that caused the meltdown of two nuclear reactors at the Fukushima Daiichi plant. Coping with the consequences, especially to the once-thriving nuclear power sector, remains a chief challenge for the government.

The immediate effect of the earthquake was a historic thirty-foot tidal wave that devastated cities and towns up and down the coast, resulting in 15,894 (PDF) dead, 2,561 (PDF) missing, and more than 386,000 (PDF) Japanese displaced. Today, more than 170,000 (PDF) victims of Japan’s so-called triple disasters are still unable to return to their homes. Above all, the legacy of the meltdown at Fukushima endures, and public consensus on nuclear power remains elusive. 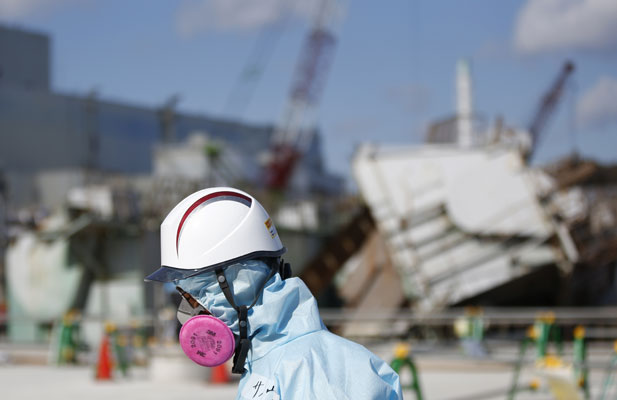 In the weeks after March 11, 2011, Prime Minister Naoto Kan’s cabinet struggled to prevent the real possibility that the Fukushima reactors would erupt and the 13.2 million Japanese who lived in Tokyo would be subjected to lethal levels of radiation. Luckily, after desperate attempts to cool the reactors, the worst-case scenario was avoided. Despite this, hundreds of thousands of Fukushima residents within a twenty-kilometer radius of the plant were affected; some were told to shelter in place inside their homes, while others were urged to leave.

The Fukushima disaster called into question all aspects of nuclear governance in Japan. Initially, both government and private assessments focused largely on the government’s response to the nuclear meltdown. As time went on, however, the entire structure of the nuclear regulatory regime was suspect: the Kan cabinet’s response to the disaster, the confused response by Tokyo Electric Power Company (TEPCO) operators at the site, and the executives responsible for regulators, industry, and “nuclear village” scientists cozying up to one another, which allowed preventable vulnerabilities to lead to disaster.

Since March 2011, three reports have been generated in Japan on what are now known as the “triple disasters,” and the International Atomic Energy Agency (IAEA) additionally issued its own report (PDF) on the Japanese response to the Fukushima accident. Each of the Japanese reports found the Kan cabinet’s crisis management wanting. The report generated by the Investigation Committee on the Accident at the Fukushima Nuclear Power Stations of Tokyo Electric Power Company, a commission organized by the prime minister in September 2011 (PDF), largely focused on the confusion at the time of the accident at the Fukushima Daiichi plant.

A new, redesigned regulatory authority is perhaps one of the most important changes for Japan’s management of nuclear power.

Subsequent reports—one initiated by the Rebuild Japan Initiative Foundation (RJIF), a new Japanese nonprofit, and one commissioned by the Japanese legislature—viewed the Fukushima disaster as a systemic failure. Both conducted interviews with those responsible at the TEPCO plant, in the prime minister’s office, and in various other agencies tasked with responding. The legislature’s report concluded that a core failing was the absence of accountability and that “the fundamental causes of the accident already existed prior to March 11, 2011.” The RJIF report similarly diagnosed the problem as systemic, and argued that all institutions of governance failed to exercise responsibility for public safety.

Japan’s nuclear regulations now incorporate the impact of natural disaster, and the institutions responsible for safety inspections prior to restarts have been overhauled. A Nuclear Regulatory Authority (NRA) has been created to separate the oversight of commercial utilities companies that manage Japan’s nuclear reactors from the government agencies that have long been the strongest advocates for the nuclear industry. The new NRA today stands alongside the Ministry of the Environment as an independent agency, with commissioners nominated by the cabinet and approved by the Diet. One of the first tasks of the NRA was to modify the safety standards for Japan’s nuclear reactors based on the lessons of Fukushima.

Five years later, there are still misgivings about the lessons learned for emergency management, but the prescription of a new, redesigned regulatory authority is perhaps one of the most important changes for Japan’s management of nuclear power. The NRA’s new Nuclear Emergency Response Guidelines for nuclear disaster evacuation measures require (PDF) municipalities to define measures, routes, and an evacuation destination for residents living in both the Precautionary Action Zone (within five kilometers of a nuclear power plant) and the Urgent Protective Action Planning Zone (within five to thirty kilometers of a nuclear power plant). But as Yukari Sekiguchi of the Center for Strategic and International Studies notes (PDF), plants currently coming back into operation have yet to fully develop their emergency evacuation plans.

Outside of government, TEPCO, which was responsible for operating the Fukushima Daiichi plant, also faced scrutiny and investigation. In the immediate years after the accident, TEPCO’s liability for the damages created by the meltdown was the focal point, but the company’s relationship with government officials who tried to respond to the crisis was also scrutinized in the think tank report’s analysis. At one point, Prime Minister Kan marched into the company’s headquarters to demand information after TEPCO executives refused to tell the government exactly what was happening at the Fukushima plant. Today, three TEPCO executives stand accused of criminal wrongdoing for their mismanagement during the crisis.

Needless to say, the March 2011 nuclear disaster changed the way most Japanese felt about their country’s nuclear energy program. According to a 2009 survey conducted by the Cabinet Office (PDF), 59.6 percent of respondents supported further expansion of Japan’s nuclear energy, but in a recent poll conducted by the Nikkei Shimbun, Japan’s pro-business newspaper, 60 percent of respondents opposed restarting nuclear reactors.

As the public began to reassess the government’s management of nuclear power, the government initiated new safety regulations that would ultimately affect all of Japan’s nuclear reactors. Some reactors in the north had been taken offline as a result of the 2011 earthquake and tsunami, but scheduled servicing also gradually deactivated other reactors. By May 2012, all of Japan’s fifty-four nuclear reactors had been taken offline. Restarting them took years; the first restart since the disaster occurred came in August 2015, when the Sendai plant in southern Kyushu finally came back online.

The Kan cabinet also rapidly shifted away from its advocacy of nuclear power as a significant share of Japan’s energy mix. While the Democratic Party of Japan government advocated in 2010 (PDF) for greater energy self-reliance with a plan that would rely on nuclear power for Japan’s energy needs, a new longer-term energy plan announced in 2012 stepped back from this approach. By the summer of 2012, the Japanese government, then led by Prime Minister Yoshihiko Noda, began to advocate for accelerated investment in renewable energy and a gradual process of stepping back from nuclear power altogether.

Restarting Japan’s dormant reactors, meanwhile, posed a serious political hurdle for the incoming Shinzo Abe government in late 2012. Today, only three reactors have been restarted successfully. A fourth reactor, Takahama 4 run by Kansai Electric Power Company, was restarted just last month despite concern about radiation leakage, and within a few days, the operation was suspended automatically. The troubles at Takahama 4 only exacerbated concerns about governmental decision-making. In all of these cases, political bargaining between local communities, their governments, Japan’s utility companies, and the national government has been excruciatingly difficult and fraught with popular anxiety.

As Japanese debate their dependence on nuclear power, Japan’s ability to sell and manage nuclear power in other countries, as well as its role in the global institutions of nuclear management, has also been affected.

As a core provider in the global nuclear industry, Japanese firms (along with U.S. firms) are largely viewed positively for their role in introducing nuclear power generation and providing critical oversight needed for these new reactors. Since 2011, successive prime ministers have continued to advocate for a global role for Japan’s nuclear industry, and Prime Minister Abe, in particular, is an active promoter of Japan’s nuclear technology. Abe signed nuclear agreements with Turkey and United Arab Emirates in May 2013, and with India in December 2015.

The Fukushima tragedy is the third major global nuclear accident following Three Mile Island in 1979 and Chernobyl in 1986. Japan’s willingness to allow the United States to assist early in efforts to contain the reactor meltdown demonstrated the importance of international cooperation as well as the ongoing need to develop the capacity to respond to nuclear accidents. The IAEA, at the time led by Yukiya Amano, a Japanese citizen, also stepped in to help develop a global platform for analyzing and disseminating information about the impact of Fukushima and Japan’s crisis response. But the IAEA’s capacity to offer immediate assistance was limited. Today, as so many countries embrace the development of civilian nuclear power, the global capacity for a collective international response to future accidents deserves greater attention.

Japan remains a critical source of scientific and managerial expertise needed by the global nuclear nonproliferation community. On March 31, at the fourth Nuclear Security Summit hosted by U.S. President Barack Obama, Prime Minister Abe will join about fifty other global leaders who have committed their countries to enhancing nuclear materials security.

As one of the world’s most technologically advanced societies, Japan’s steadfast commitment to the Nuclear Nonproliferation Treaty remains a powerful model for nations that seek to limit themselves to the peaceful, civilian use of nuclear technology. Tokyo’s ability to serve as a model will thus depend on whether it can yet again demonstrate, both to its citizens and to the world, that even after the devastation at Fukushima Daiichi five years ago, civilian nuclear power can be managed safely.

Washington’s request that Seoul pay more for their military alliance has heightened tensions between longtime allies and poses risks for regional security.