Although violence continues across Syria and the first round of the peace talks in Geneva yielded no progress, Syria expert Mona Yacoubian says that diplomacy is complex and negotiations will be "a months-long process." With the next round of talks slated to begin February 10, Yacoubian says that if the Geneva process fails, the UN Security Council might succeed in getting Russia to pressure Damascus to allow humanitarian aid into the country. She recommends that regional powers such as Iran and Saudi Arabia be invited to take part in a parallel conference to try to ease regional tensions, and warns about the "downside risks" of U.S. military involvement. 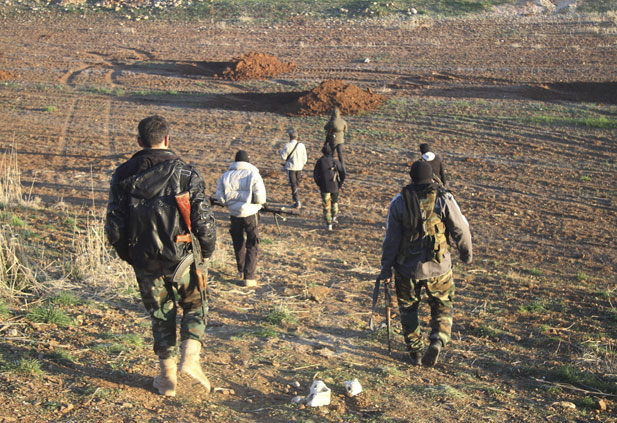 The first round of the Geneva II peace talks on Syria lasted eight days and accomplished nothing, according to UN negotiator Lakhdar Brahimi. Is that your view as well?

The fact that they happened and lasted the duration they were supposed to last is important. The fact that both sides stayed is notable, but it was also very disappointing that nothing, not even some confidence-building measures, was accomplished, particularly on the humanitarian front. There was not even success in negotiating humanitarian access to the quarter of a million Syrians trapped in rebel-held areas. The Syrian government is not allowing humanitarian assistance to reach them.

Unfortunately, the government is using starvation as a tactic to punish innocent civilians in rebel-held areas. It claims that it is not allowing aid to go through because the "terrorists" will send in arms to the rebels [with the aid].

More From Our Experts
Elliott Abrams
Israel's Election: What to Think About Religious Zionists, Netanyahu, and Tales of Doomsday
Catherine Powell
The Robots are Coming: AI Replaces Line Judges at U.S. Open, With Global Implications for Jobs

What is the agenda for the peace talks scheduled to resume on February 10?

The focus is going to be on trying to negotiate a short-term cease-fire, with the [longer-term] objective of a transitional government.

Is there any chance that Damascus may allow some opposition figures into the government?

The Syrian government has a long history of having approved opposition figures taking part in the government. But the Geneva communiqué of 2012, which is the basis for these talks, asserts the need for a transitional governing body with full executive power that is created by mutual consent both by the Syrian opposition and government. That’s the crux of the issue. The opposition is saying, understandably, that President Bashar al-Assad should have no role in the transition government. The government is of course saying that he is president of the country and that the only way there would be a change in government is through elections. So we’re at this very profound sticking point on how to move forward.

Another problem is that the opposition is divided and fighting each other, although al-Qaeda said the other day that the group ISIS could no longer claim to be affiliated with al-Qaeda.

The opposition is divided. It has been divided also on whether to go to Geneva. Part of the coalition boycotted the first round of talks. That said, the opposition delegation pleasantly surprised many by its conduct at the talks. They came off as very professional. They presented their case quite well, and it gained support among Syrians. The critical challenge going forward is that it cannot afford continuing to to participate in the talks when there is no progress. It has been noted that 1,900 people were killed during the ten days that the discussions took place. And people are continuing to suffer and die in Syria. So it is incumbent on the opposition that they are able to make progress on issues like humanitarian access, so they have something to show for their decision to take part in the diplomatic process.

There were reports from Munich that Secretary of State John Kerry said in closed-door briefings to U.S. senators that he was unhappy with U.S. policy. This was later denied by the State Department. Has the United States been too passive?

"The combination of Russia and Iran and the leverage they can exert on the Syrian regime may move the ball forward on the immediate question of humanitarian access."

The critical challenge in the U.S. strategy is changing the strategic calculus of the Syrian regime. Thus far that clearly has not happened. If the United States and Russian together can apply pressure on the regime on the question of humanitarian access, which is something the Russians say they are in favor of, will that begin to unlock some of the challenges? There is also the question of whether Iran should be included in the talks, and I believe Iran has a critical role to play. The combination of Russia and Iran and the leverage they can exert on the Syrian regime may move the ball forward on the immediate question of humanitarian access.

But beyond that is the bigger question of what happens should these talks fail. What is the Plan B? There are any number of measures that can be taken to increase pressure on the Syrian regime. For example, there is the possibility of a Security Council resolution. Would Russia now agree and vote for a resolution demanding humanitarian access? There are other, military ways of exerting pressures. The problem is that providing more sophisticated weapons to rebels on the ground, or more overt U.S. or allied actions, bring more significant downside risks.

What are those risks?

Extreme jihadis are gaining influence in Syria. We know that they are becoming a magnet for foreign fighters. So funneling sophisticated weapons into that kind of chaotic battlefield runs the risk of turning them into the wrong hands. The question of limited U.S. attacks, which were on the table last August, risks precipitating more chaos on the ground and involving more U.S. military at a time when the U.S. public has made it clear it is not eager for further involvement in a Middle East war. Diplomacy is complex. We are at the beginning. It will be a months-long process. We should not give up on diplomacy. We should be more creative on how to make this process work.

How important are the other regional powers in all this?

We should now initiate a second level of talks at the regional level that involve Iran, Saudi Arabia, Turkey, Iraq, the United States, [the EU], and Russia, to provide strategic depth to the Syrian talks.

Is President Obama’s trip to Saudi Arabia next month part of this?

The United States is working hard behind the scenes to repair relations with the Saudis. It is going to be essential to bring [them] around. They can play a key role in a a regional pact if one is ever put together.