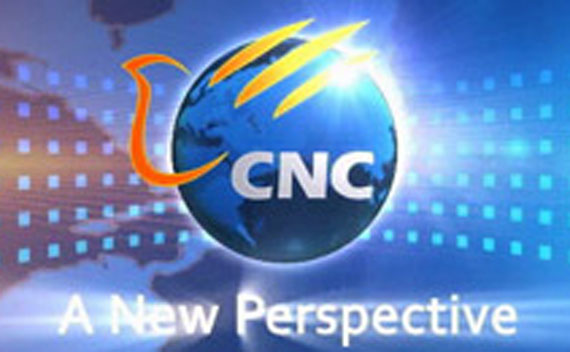 Just four months after launching their 24-hour global news network, CNC, Chinese media officials are in the midst of a strategic rethink. Selling China "Chinese-style" hasn’t quite worked out. The problem is less about getting the news—CNC has access to 130 news bureaus globally—than it is about getting people to watch. While they haven’t publicized their global viewership, total daily viewers in Hong Kong, China’s most globalized hometown, average only 5,000.

After promising that CNC would provide "international and China news with a Chinese perspective to global audiences," CNC President Wu Jincai has changed his tune. He has decided that CNC needs to rid itself of typical Chinese sloganeering, insisting that CNC is a "news channel and not a propaganda station." He is now telling his editors, "Do not watch CCTV [Chinese state television] and watch Phoenix [Hong Kong television] even less, but watch more of CNN and BBC." He has even suggested that they watch Taiwanese news. One of Wu’s deputies, Ren Libo, says the network needs to adopt an "international ideology and way of thinking."

The fact that CNC is reportedy half privately-financed may be responsible for Wu’s turn West; as he has noted, "A system financially backed by the government, in any country, is always a waste with problems of inefficiency. But in a market system its scale is adjusted. It creates a very good pattern." Wu might also be one of the many Chinese journalists and media officials who find value in a free and open media; even more importantly, he is one of the few who has the wherewithal to do something about it.

It’s not clear how well this is going to go over with Beijing and how much things will really change. After all, in the words of one propaganda department official, the whole point of starting up CNC and investing billions of dollars in a PRC world-wide media blitz was to "initiate targeted international public opinion battles and create an international public opinion environment that is objective, beneficial and friendly to us." Whatever the reason behind Wu’s awakening, a Chinese news channel operating on the principles of CNN and the BBC may well turn out to be less of an export to the West than an import to China.

What do the 2010 Elections Mean for Asia?