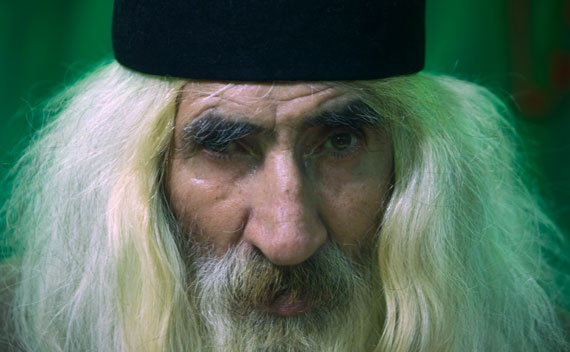 I hope everyone is enjoying the holiday season. Check out the picture of “Father Time” above. As we bid goodbye to 2010 and say hello to 2011, it is time for that great American pastime of lists: “Best of…,” “Worst of…” “Most Influential…”, and “ Most Important…” of 2010.

Here’s my take for the seven (I couldn’t think of 10) most important stories in the Middle East this year, in no particular order:

The incident aboard the Mavi Marmara on Memorial Day, in which Israeli commandos killed 8 Turks and a Turkish American, marked the end of an era of Turkish-Israeli strategic cooperation. It was a long time coming, but when this break happened, it signaled a shift in the geo-political configuration of the region.

The Tehran Research Reactor Deal was also a pivotal moment. Ankara’s willingness to work with the Brazilians and Iranians on the agreement was a coming out party of sorts for the “new Turkey.” Although Turkey has been willing to pursue different tracks from the United States on a variety of issues for some time (see, Syria), the TRR deal demonstrated Ankara’s determination to pursue a foreign policy independent of the United States.

Kudos to the Obama administration for getting its partners on the Security Council to go along with sanctions. While the sanctions are weak, they opened the door for tougher bilateral sanctions that are affecting the Iranian regime.

Mohamed ElBaradei will likely not end up being Egypt’s president in 2011, but his return to Egypt in 2010 certainly complicated the Gamal Mubarak succession scenario in ways that Ayman Nour, Saad Eddin Ibrahim, the Muslim Brotherhood, and any number of opposition groups could ever hope of doing. With his pristine resume, Nobel prize, and Twitter feed in tow, ElBaradei seized the high ground on reform and democratic change.

Even if Lebanon has an embassy in Damascus and vice versa, the July rapprochement between Hariri and Assad confirmed Syria’s return. The “Independence Uprising” (aka Cedar Revolution) of 2005 was all for naught. Never count the Syrians out.

You cannot knock the administration for trying to forge peace between the Israelis and Palestinians. After all, wasn’t the Bush administration’s lack of trying for seven long years the problem? The denouement of Plan A suggests maybe…just maybe…the parties are not terribly interested in making peace. Contrary to the statements of various officials and former officials, it seems that the Israeli and Palestinians leaderships believe that time is, indeed, on their respective sides. We’re back to square one, out of ideas, and looking weak on this issue. Not a great place to be.

Corporate Taxes in a Globalized World