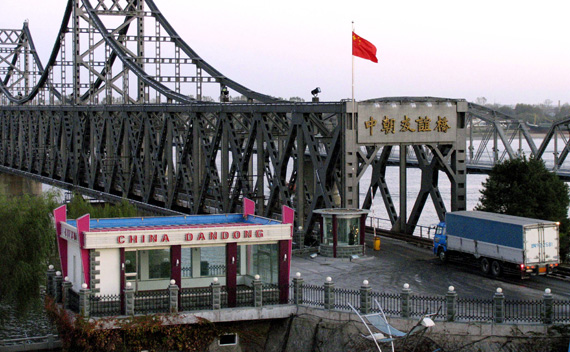 The Office of Senator Richard Lugar has released the latest Congressional Research Service (CRS) report on implementation of U.N. Security Council Resolution 1874, along with a statement that “the findings include a stark reminder that U.S. and China interests regarding North Korea are largely incongruent. While the United States presses for elimination of North Korea’s nuclear weapons program, China’s primary focus is on preserving regional stability.”

As if to underscore the point that China’s implementation of UN Security Council resolutions has been put on the backburner, I came across this heart-warming story that the China Waxwork Museum for Great Figures will be donating a life-size rendering of Kim Jong Il’s mother, Kim Jong-sook, later this year at Kim Jong Il’s request on the occasion of the 70th anniversary of her marriage to Kim Il sung.  I suppose this is small compensation for the denial of high-end video electronics, two luxury yachts, and three Steinway pianos, along with another 34 pianos and four Mercedes Benz’s from Japan that were reported to the Panel of Experts under the UN Security Council Resolution. Despite these small successes, China remains open for business to North Korea’s most affluent consumers.

Although the United States published a list of bilateral sanctions on North Korean firms and individuals last August, the CRS report expresses concern that North Korea sanctions are getting lost in the shuffle as the Obama administration focuses first and foremost on Iran. But the bigger problem, as pointed out by the CFR Independent Task Force on Policy Toward the Korean Peninsula released last June, is that—despite the difficulties associated with North Korea’s own internal focus on domestic political stability and leadership transition issues—the current combination of policy tools, including: 1) pursuit of sanctions in the absence of Chinese cooperation and 2) strategic patience in the absence of prospects for direct diplomatic engagement, will be insufficient to achieve the denuclearization of the Korean peninsula.

The future of North Korea must become a much higher priority issue on the U.S.-China agenda—essentially, a litmus test for whether Washington and Beijing will cooperate or compete for leverage in the management of Asian regional security issues. Assumptions underlying strategic patience are that regional cohesion will hold and that pressure alone will turn North Korea around; in light of the incongruence of Chinese and American priorities, it may be time to think harder about policy options in dealing with North Korea that minimize dependence on Chinese cooperation.

Cozying up to Burma