Gallup is out with the results of a poll it did last month asking Americans whether they have favorable or unfavorable views about twenty-two other countries. Gallup has been asking this question every February for a dozen years, and the overall results have been consistent. Americans have a soft spot for fellow English-speaking countries, and they take a dim view of Middle Eastern countries.

Here is what Gallup reports: 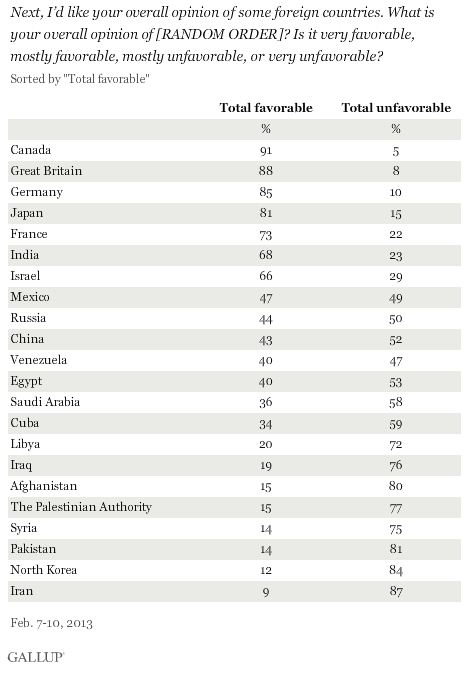 So we know how Americans feel about the world. How does the world feel about America? Gallup didn’t ask this question, but the Pew Research Center has (though of a slightly different set of countries). Here is what Pew reported last June: 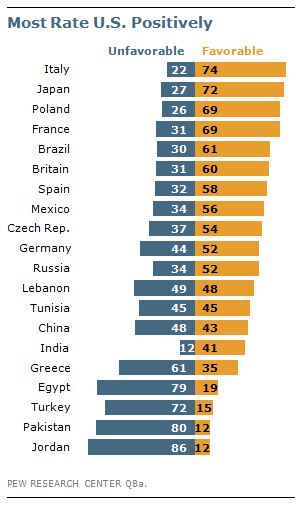 This finding is not peculiar to Pew.  A YouGov poll done last summer found that 40 percent of Britons selected “bullying” as the word they associated with the United States, and just 12 percent thought that the United States is defined by its respect for human rights. So the “special relationship” between the United States and Great Britain doesn’t look to be that special on the other side of the Atlantic. You are welcome to use the comment box below to speculate as to why.

Term Member Discussion on the Future of the Arab World: Youth Perceptions Looking Ahead