I’ll leave it to others to score who won the debate. But in rehashing seasoned talking points, Clinton and Sanders highlighted three important foreign policy lessons:

We’ll see whether the next president masters these three lessons.

In Case You Missed it

Bernie Sanders released a statement attacking Hillary Clinton’s credibility, in part over her support for free-trade agreements. For her part, Clinton pledged to “take on Chinese trade abuses” and review existing free trade agreements if elected president. She also said that Sanders “struggles with the truth.”

Bernie Sanders has three new ads out this week. “No Fracking Anywhere” highlights his opposition to all fracking. “Bolder” challenges New Yorkers to push for progressive goals. “These Are Mothers and Fathers, Sons and Daughters” features minorities saying why they support the Vermont senator.

Clinton released three new ads of her own. “Stronger Together” attacks Donald Trump’s comments on women and Mexicans. “Forward” argues that the former secretary of state has what it takes to fix the U.S. economy. “Una Bandera” (“A Flag”) is a Spanish-language ad that criticizes Trump’s immigration stand and says that Clinton has always been on the side of Latinos.

Rosa Brooks argued that Donald Trump has a “coherent, realist foreign policy” that deserves a serious response rather than ridicule. Isaac Stone Fish examined the claim made by a Chinese paper that Trump is “China’s secret agent in America” because his policies would benefit China. Robert Mackey reviewed Israeli reactions to Sanders’s New York Daily News interview. David Rothkopf looked past the election to describe what President Hillary Clinton’s foreign policy will look like. The governor of the Bank of Mexico told reporters Trump’s plan to halt remittances “would be very wrong.” CIA Director John Brennan said he would refuse to allow the agency to engage in waterboarding, even if ordered by a future president. Will Marshall and Ed Gerwin criticized the trade policies of both Sanders and Trump.

The next nominating event is a big one: the New York primary on April 19. There are 95 Republican and 291 Democratic delegates at stake. Clinton and Trump are both favored. 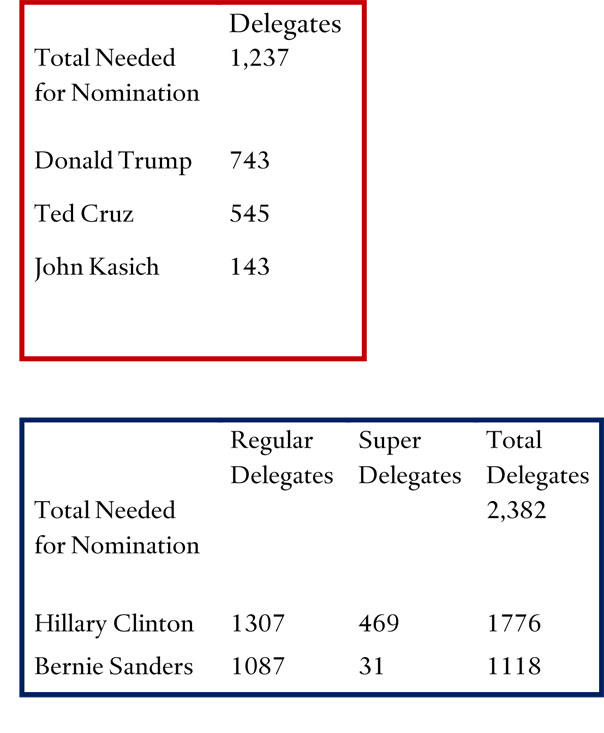 Election Day is 207 days away.

This post was prepared with the assistance of Brett Ekberg and Olivia Bethea.

To Secure the Election: Tame the Russian Bear in Cyberspace