Skip to main content
Will Snowden Come Between the U.S. and Latin America?

U.S.-Latin American relations have hit a bump after leaked National Security Agency documents revealed that covert U.S. surveillance operations allegedly extended into Central and South America. The leaks came shortly after a plane transporting Bolivian president Evo Morales from Moscow was grounded on suspicions he was transporting NSA leaker Edward Snowden. The event prompted Bolivia, Venezuela, and Nicaragua to offer asylum to Snowden, and Latin American leaders have collectively denounced both the grounding of the plane and the NSA programs.

Christopher Sabatini, senior director of policy at the Americas Society/Council of the Americas, says that for many of these countries, the wide scope and nature of the alleged U.S. surveillance activities have "triggered an understandable reaction"—though he acknowledges that some responses have been disproportionate. In the end, he says, the practical implications for U.S. relations in the region "will be minimal, in part because the United States has such a multifaceted relationship with these countries." 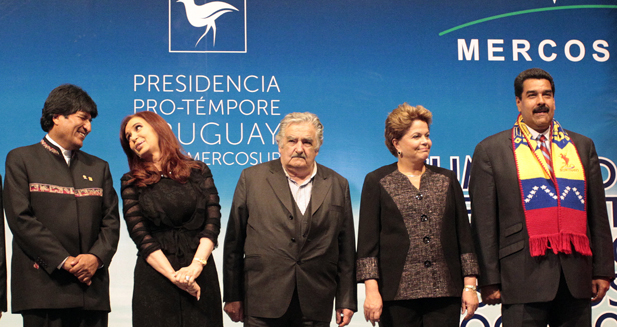 Recent leaks reveal that U.S. surveillance programs extended into Latin America, going beyond security and military affairs into commercial enterprises as well. How surprising is this?

It’s surprising that in most of the cases, the United States was spying on some of its closest allies in the region. Mexico, Colombia, Brazil—these weren’t places that were hotbeds of terrorism or where we were even spying or gathering information on matters of terrorism. If proven true, [the allegations] reveal that we were gathering information that extended beyond the supposed justification for the NSA program.

Second, while all countries spy on each other, what’s different is the type of spying. We were massively collecting information, potentially even on their citizens communicating with each other. That has triggered an understandable reaction from these governments for the United States to explain what it was doing. This isn’t government-to-government spying, or even government spying on people they suspect could place our national interests at risk. This is casting a very wide net both in terms of the people whose information is being collected and also the topics around which it’s being collected. If proven to be true, this surveillance may very much violate the U.S. congressional justification under which a lot of this had occurred. A third surprising element, if proven true, is that the United States was doing this with the complicity of telecom companies in Brazil—though the U.S. ambassador to Brazil denies these reports.

Some critics have accused some of these countries of hypocrisy for denouncing the United States, because they have their own domestic wiretapping programs. So to what extent is this about privacy, or are the reactions more about sovereignty?

First, there was a lot of heated rhetoric from some leaders even before the allegations came out—about the asylum-seeking, about the unfortunate grounding of President Morales’s plane—that goes far beyond the legitimate concerns of what the spying actually entailed. That rhetoric spilled over in ways that are not very constructive, to the point where you even had Mercosur, a trade association, promise to pull its ambassadors out of Europe—a move that goes far beyond the actual functions of a supposed customs union.

Additionally, two presidential summits have been dedicated to this in Latin America—the Unasur summit that brought together [Rafael] Correa, [Nicolas] Maduro, and [Cristina] Kirchner to denounce the grounding of Evo Morales’s plane, and then Mercosur. It seems disproportionate that so much of these presidents’ time, especially in countries that are facing very severe economic news, would be dedicated to this at a summit level. That’s unprecedented when compared to other regions.

Second, it is largely a sovereignty issue. For a number of these countries, the memories of authoritarian regimes spying on citizens, rounding up activists and opposition, are still very fresh. [Brazilian president] Dilma Rousseff was tortured and detained during the military regime. Mexico dissidents and leaders were also spied on by the PRI [Institutional Revolutionary Party] before 2001. The reactions need to be understood in that sense.

The other thing is, yes, the United States has helped some of these countries set up surveillance programs. Washington was instrumental in helping Colombia set up the programs it uses to monitor FARC [paramilitary group Revolutionary Armed Forces of Colombia], but the United States has always tried to separate those efforts from spying on citizens for political reasons. But once the equipment and know-how has been turned over, anything can happen. That’s what we’ve seen in the case of Panama, for example, where it became known fairly early on that the government has a tendency to eavesdrop on perceived political opponents. That’s where we do need to understand that the alleged NSA revelations are a different kettle of fish. In some ways, it’s "they’re our citizens; we get to spy on them, but you don’t."

Are there clear distinctions in the ways that Latin American countries have reacted?

There is a range of differences: some reactions are serious, some are performative, and some are simply taking advantage of this. In countries that have taken this as a serious matter—Mexico, Colombia, and Chile—there has been that level of "let’s get to the bottom of it," couched within a legitimate sense of national sovereignty and protecting their citizens. And the responses have been delivered [to the United States] through diplomatic channels.

In between, you have countries like Brazil, which, for reasons perhaps very much tied to recent history, has made moves outside the realm of typical diplomatic activity, and has called the U.S. ambassador to testify before the Brazilian congress.

Countries on the other end of this spectrum [Venezuela, Bolivia, and Nicaragua] were already trying to make hay even before the revelations, by offering asylum to Snowden, which, in some ways, has become somewhat of a red herring. Oddly enough, with the exception of Venezuela, those are not the countries where most of the alleged spying occurred. So it’s completely out of proportion to their level of legitimate victimization—with the exception of Morales’s plane getting grounded.

"[P]olitical leaders may use this for domestic political advantage, [but] it certainly doesn’t play as well as many think."

Having said that, most citizens of these countries—and we see this in surveys—retain very positive views of the United States. As much as political leaders may use this for domestic political advantage, it certainly doesn’t play as well as many think. Popular opinions hinge much more on domestic issues. A classic example right now is that Rousseff’s popularity went from 57 percent to about 30 percent—that has to do with protests and unmet economic demands; that has nothing to do with spying. These reactions make for good political theater, but I’m not sure they make for good political campaigns.

Are there any concrete consequences for U.S.-Latin American relations? Rousseff recently said the leaks would not affect her planned October trip to Washington.

The practical implications will be minimal, in part because the United States has such a multifaceted relationship with these countries on everything from immigration to education, cultural exchanges, and economic ties. Those things reflect a very diverse relationship that goes far beyond the diplomatic government-to-government activities.

But there are two implications for U.S. relations in the region that are important. One is that the U.S. is currently negotiating the Trans-Pacific Partnership in Latin America that will bring together economies from most of the Asia-Pacific region with Latin America, except for Colombia and Central America. When telecommunications comes down as one of the areas they are talking about, a lot of those negotiating parties are going to take a very close look at what’s in there and that there are safeguards that protect potential intervention and the flow of communication.

"The United States’ moral standing on being able to talk about issues like freedom of expression has taken a serious hit."

The second is that the United States’ moral standing on being able to talk about issues like freedom of expression and access to information has taken a serious hit at a time when a number of countries are challenging domestic laws and regional norms concerning these very issues. That’s clearly why we see leaders like Correa, Maduro, Morales, [Nicaragua’s Daniel] Ortega—none of whom are paragons of freedom of expression—suddenly become these champions of transparency. It’s ironic, and it also means that the ability of the United States, and in some cases U.S.-based organizations, to speak out in some of these cases is going to be a little more difficult.

On the asylum requests from Venezuela, Bolivia, and Nicaragua, it does appear Snowden is trying to get to Latin America. What are realistic possibilities for him as far as ending up there?

I may be proven wrong on this, but I still find it to be a very difficult practical matter that he can find his way to these countries. As much as these leaders have been saying out loud that he is welcome if he can get there, none of them are actually offering to lend their presidential jets to fly him down. For now, it just remains an empty gesture.

[Furthermore,] these governments are elected, however imperfectly. Let’s imagine Snowden has a good, healthy lifespan. I find it hard to believe that a chavista government is going to stay in power in Venezuela for fifty years—the same goes for the Morales and Ortega governments. So [asylum in these countries] may provide him a temporary respite, but it’s no permanent guarantee. Sadly, he is being manipulated for international public opinion by these leaders, and who knows when he himself could become a bargaining chip?

What can the United States can do to ease tensions in the coming weeks?

This is going to be resolved quietly and diplomatically, as a couple of leaders have said—[Colombian president Juan Manuel] Santos has said this; [Mexican president Enrique] Pena Nieto implied the same. Explanations and sharing of details as to the extent of the [surveillance] program and the like hopefully will be addressed. Rather than engage in megaphone diplomacy with the generally aggrieved countries, the United States is handling this quietly. On the other matters of asylum and other things, I think the United States is just letting these countries engage in their own megaphone diplomacy, and when the dust settles, their rantings will probably not have amounted to much.

President Trump reached a deal with Canada and Mexico to restructure the North American Free Trade Agreement, hoping a new trilateral accord will reinvigorate the U.S. manufacturing sector.