Here is a piece I authored with my colleagues at the Council on Foreign Relations on the effects of the world financial crisis in Latin America. It originally appeared here.

Latin America: Not So Insulated After All 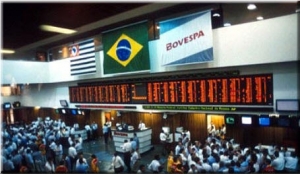 In recent years, commentators and policymakers alike have praised Latin America for its growing financial independence and maturity. Fiscal discipline, high commodity prices, and sustained economic growth brought down external debt levels, built international reserves, and strengthened government and corporate balance sheets, placing the region on firmer economic footing. When crisis hit U.S. financial markets, many at first assumed that Latin America’s increasing openness and growing trade with China and India would cushion the impact of a U.S. slowdown. In September 2008, President Luiz Inácio Lula da Silva of Brazil boasted, "People ask me about the crisis, and I answer, go ask Bush. It is his crisis, not mine."

Yet the widely touted financial "decoupling" between the United States and Latin America (and emerging economies in general) was a myth. Contrary to initial expectations, the spiraling worldwide credit crisis is hitting Latin American nations hard. The region may be free of subprime mortgages, but plummeting access to cross-border financing is stifling lending and investment. In Brazil, the state-owned oil company Petrobras has announced delays in the exploration of its new deepwater oil finds. In Peru, funding for two iron-ore projects has also been delayed. As in the United States, once-boisterous consumer demand across the region is waning. After several quarters of robust private consumption growth, demand has weakened in Brazil, Mexico, and other countries, and overall consumer spending may stall in the coming quarters. With both firms and families holding back, future economic growth remains uncertain.

Rather ironically, money is flowing out of the region and seeking the safe haven of U.S. treasuries. This outflow is pressuring national currency reserves and precipitating steep declines against the U.S. dollar. The Brazilian real is down 27 percent against the dollar since July and the Mexican peso has plummeted 23 percent against the dollar since August. The trend also hammered stock markets across the region, with the Brazilian Bovespa and the Mexican Bolsa both falling 50 percent between August and November. Poor currency bets have brought to their knees economic stalwarts such as Comercial Mexicana in Mexico and Grupo Votorantim in Brazil that are nearly a century old. Concerns about bad future loans encouraged the marriage of two of Brazil’s largest banks--Banco Itau and Unibanco--forming the largest bank in Latin America.

Much of the pain is still to come. With credit scarce, investment down, and the United States and other parts of the world edging toward recession, demand for basic economic goods--commodities--is already declining. Prices for Latin American staples like wheat and corn fell over 35 percent and 30 percent respectively between August and November, while sugar slumped 20 percent until a recent uptick.

Oil--the most watched of Latin America’s commodity exports--has plummeted from its $147-a-barrel high three months ago. It has now fallen to below $60 a barrel. Given this volatility, the region’s endemic vulnerability to commodity price swings bodes ill for the future. Oil economies across the ideological spectrum will struggle to keep their economies afloat. The Mexican and Venezuelan governments, in particular, will suffer, as oil profits comprise 40 percent and 50 percent respectively of their public budgets. Oil at its current price level will curtail ambitious plans to cushion the impact of a U.S. recession through public infrastructure investment in Mexico, as it will hamper Venezuela’s wide-ranging petro-diplomacy. Venezuela’s capacity to borrow abroad to finance ambitious social programs may well atrophy, reinforcing the decline in President Hugo Chavez’s standing at home on the eve of local elections, scheduled for November 23.

Countries less dependent on oil income also will suffer from a global downturn. The price of soy already has fallen 40 percent since its recent peak in September and analysts anticipate further declines. As a result, economists have substantially lowered 2009 economic growth projections for Argentina, the world’s third-largest soy supplier, from 6.2 percent in January to 2.2 percent today. Chile’s dependence on copper prompts concern, too, since world prices have halved since April. Peru, second only to Chile in terms of copper production in the world, will also feel these declines. The Economist Intelligence Unit predicts Chilean economic growth will fall below 3 percent in 2008, and shaved off 1.5 percent from its estimates for Peru’s gross domestic product (GDP) growth to 5.5 percent. Even more diversified economies, such as Brazil’s, will see their first downturn in export earnings in a decade. Brazil’s growth projection for 2008 has almost halved from 4.3 percent in January to 2.4 percent in November.

Finally, countries receiving substantial remittances from their nationals abroad, such as Mexico and Central American countries, may feel pinched. Already Mexico, El Salvador, and Guatemala report significant decreases in returning funds, which support the poorer segments of their populations. Further declines could lead to worrisome increases in national poverty levels.

Given the region’s volatile economic history, these developments may seem nothing more than the recurrence of crises past: 1982, 1995, and 2001. But this time key differences provide some room for optimism. Latin American countries hold some of the lowest debt to GDP ratios in the world today, a sharp contrast with previous crises. Chile and Brazil, for instance, have become net creditors. Latin America’s governments now run more balanced budgets and pursue healthier fiscal policies. In April, both Peru and Brazil received investment-grade sovereign-debt ratings for the first time, joining Mexico and Chile. Lastly, Latin America now boasts a number of large "multilatinas"--multinational Latin American companies--with presences from Hudson Bay to Patagonia and beyond. Among these are Televisa, Gerdau Ameristeel, Cemex, Embraer, and Grupo Bimbo.

Still, a number of questions remain. As China, and soon the United States and perhaps other major economies, introduce massive economic stimulus packages, what might their effect be on Latin America? Could the region lose more capital absent similar domestic stimulus efforts?

Also unclear is the impact of the financial crisis on politics and political thought in the region. Despite obvious differences among Latin American governments’ approaches to the market, social policy, globalization, and the role of the state, most now believe that Washington failed to heed its own prescriptions for fiscal discipline. In the last few years, as Latin America’s left has gained in popularity and political power throughout the hemisphere, commentators have tended to group the region into "good" left governments (Brazil, Chile) and "bad" left governments (Venezuela, Bolivia). Following this superficial conceit, it may be tempting to conclude that the current financial crisis will reinforce the positions of those on the "bad" left, who will trumpet the end of market dominance. Yet after the dust settles, Latin America may also realize that weathering a global financial crisis will take more then ideology. Today, every goverment in the Western Hemisphere, including the United States, faces the same challenge: how to finance domestic programs that advance the common good, enhance global competitiveness, and ultimately deliver votes. Starting with the United States, a Western Hemisphere focused on solving problems rather than on market or political orthodoxy would be the best--if improbable--outcome, not only for the poor, but for working class sectors, middle class professionals, and economic elites as well.

While there is little in Latin America’s history to suggest that an end to political polarization is near, the region’s leaders do generally recognize what is at stake, and a political center with a global consciousness seems to be emerging, as Brazil’s leadership of the G-20 industrial and developing economies attests. The downturn also provides Latin American nations with an unexpected opportunity to demonstrate the region’s newfound fiscal prudence, creditworthiness, and accountability. If governments are able to ride out the crisis while providing for the most vulnerable populations in the region, Latin America should remain an increasingly attractive destination for investment once international funds begin to flow again. These trends would augur well for the emergence of a new financial architecture that reinforces Latin America’s path toward socially inclusive economic prosperity.

Who Is Killing Latin America’s Environmentalists?

Brazil’s Vote on the Cuban Embargo at the UN: An Unrequited Gamble for U.S. Goodwill?