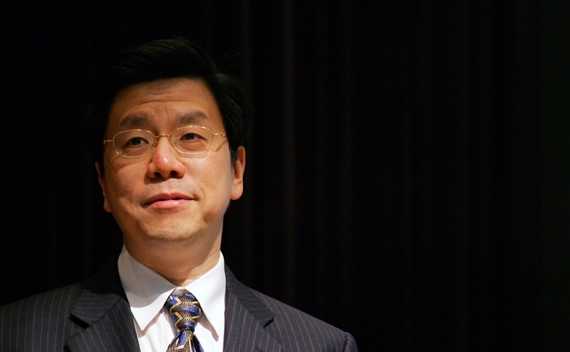 Over on Foreign Affairs, I have another piece on indigenous innovation and what it means for the United States.   Most of the points have already been well covered on Asia Unbound (here, here, and here).   I do, however, want to return to one that often gets overlooked in discussions about the 2006 "Guidelines on National Medium- and Long-Term Program for Science and Technology Development."  Indigenous innovation and the state-directed, top-down policies designed to promote it get all of the attention, but in fact much of the Guidelines reads like a blueprint for building a Silicon Valley in China.  Large parts of the report talk about the need to create an ecosystem that fosters technological entrepreneurship through the growth of university-industry collaboration, promotion of small start-ups, development of venture capital funds, and protection of intellectual property rights.

The question--central to my forthcoming book Advantage--is how successful China will be in developing that environment.  I think it will be slow and difficult, but if it isn’t it will be because of people like Kai-Fu Lee, formerly of Microsoft Research China and Google China and now the head of a venture fund called Innovation Works.  Lee brings a wealth of knowledge and experience with him; he has deep ties to the technology community in China and the United States; and, in past profiles, has spoken enthusiastically about the growth of the Chinese Internet market as well as the energy and ability of Chinese students.  He, and other returnees, will be critical in building networks and a culture of innovation.

So if he says that a Chinese Apple or Google is unlikely to emerge in the next 100 years, as he did two weeks ago in Tianjin, you can imagine that people are going to pay attention.  Now, some of the terms Lee used in his talk confuse the matter a bit.  He made a distinction between what he called micro innovation--small changes focused on the customer experience that might add up to something big--and "truly revolutionary and innovative large companies."  As a number of Chinese commentators have noted, these distinctions are hard to maintain.  Apple did not invent the smartphone, but instead made it better through design, marketing and customer feedback, all of which are forms of micro innovation.  Moreover, it is hard enough to predict what is going to happen in the Internet market over the next three years, much less the next fifty.

Lee’s real target seems to be the Chinese educational system.  American entrepreneurs create revolutionary companies, according to him, because their backgrounds promote thinking without "regulation" or "restriction."  Here, Lee will have lots of support, as criticism of rote memorization and deference to authority is growing within China itself.  As the philosopher Martha Nussbaum notes, while the Chinese model often attracts praise in the United States, the Chinese are beginning to worry about an overemphasis on mechanical skills and the lack of individual initiative. Nussbaum’s focus is elsewhere; she is interested in what impact copying this model would have on American political life since it has "energetically suppressed imagination and analysis when it comes to the future of the nation and the tough choices that lie before it." But the concerns she, and Lee, raise are worth thinking about in the Chinese context as well.