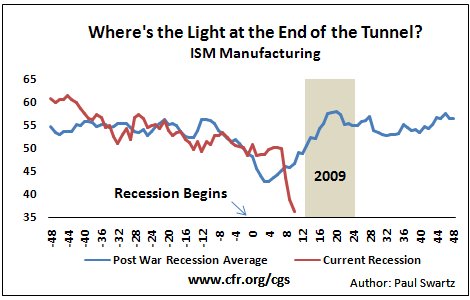 It has been an astonishing year for the world economy. Housing prices have declined sharply, major financial institutions have failed leading to massive government bailouts, inflation fears have given way to concerns of deflation, and forward looking measures indicate that conditions will deteriorate further. What does the year ahead hold for the global economy? The following articles give forecasts for 2009.

The Holidays Are Coming Late