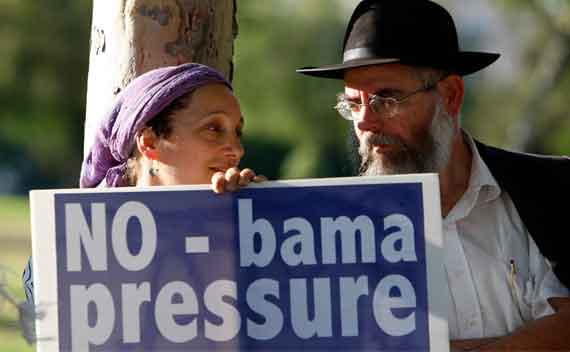 Sorry for the light posting recently - I am finishing up my book on Egyptian politics. But I could not resist responding to  today’s headline on the settlements. Like I said a few weeks ago, I don’t get it, and ultimately, neither did the Administration. From my post on "Peace Process?":

I have it on good authority, which in Washington means that I read it in Laura Rozen’s foreign policy blog at Politico and confirmed it through various conversations with colleagues who had coffee with people who know someone who used to work with the folks involved, that Ambassador Martin Indyk and Dennis Ross may soon replace Senator George Mitchell as the Obama administration’s Middle East envoys. Indyk will use his skills to work with the Palestinian Authority, while Dennis Ross would become the Israelis’ primary interlocutor, with Secretary of State Hilary Clinton supervising both envoys. My question is: Why bother?

This is not a knock on either Indyk or Ross. I admire and respect both of them. Then if it isn’t the personalities involved, why my cynicism? To be honest, I am perplexed by the Obama administration on the peace process. Don’t get me wrong, I admire their collective tenacity and maybe they will get lucky, but I am a deeply pessimistic about anyone’s ability to push the Palestinians and Israelis into productive negotiations. I know, a brave position on this issue. In all seriousness, politics on either side hardly lend themselves to progress. First, it is abundantly clear that the Israelis have not given up on the occupation. As a result, Prime Minister Netanyahu has been, and will, continue to resist American entreaties that compromise the settlement project. He has apparently learned a valuable lesson from his first turn in the prime ministry—the only people who can take down a government in Israel is the right. That has been the case since the mid-1990s after Yitzhak Rabin was assassinated. Netanyahu’s unwillingness to extend the settlement freeze for just an additional 60 days should indicate more clearly than ever that the Israelis are not going to compromise on much.

What capacity do Indyk, Ross, Clinton or President Obama, for that matter, have to alter this situation? Early on, the administration tried and failed to impose costs on the Israelis for continuing its settlement policies, to no avail. Everyone seems to forget that Benjamin Netanyahu has spent far more time in Washington than Barack Obama. So if the reports are true, I say to Martin and Dennis best of luck. Yet, I also say in the inestimable words of Josh Baskin, “I don’t get it.”