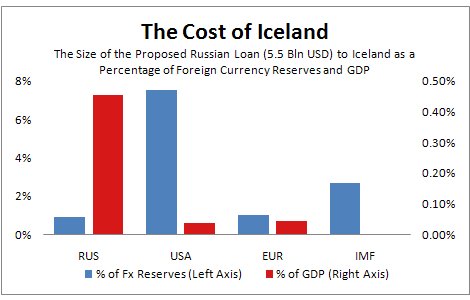 The U.S. has left Russia to bail out Iceland with a $5.5 billion loan, even though the U.S. economy is over 11 times the size of Russia's. Is Iceland really of no strategic interest, despite speculation that Moscow hopes to gain leverage over Iceland, which could use its NATO membership to veto the accession of Ukraine or Georgia? Or does the Iceland story show that a country with petrodollars will use its currency reserves as a foreign policy tool?

Economist: The Arctic Contest Heats Up

Can the G7 Save the Market?

Virtual Roundtable: World Order After COVID-19: Perspectives From the European Union and Russia