While markets have focused attention on China as the primary source of market risk in 2016, Latin America has provided the more significant headlines in recent weeks.  Political turmoil in Brazil has resulted in the resignation of a market-friendly finance minister, and default looms in Venezuela.  But perhaps nowhere in Latin America is more at stake than with the economic revolution now underway in Argentina.

As the first non-Peronist president in more than a decade, Mauricio Macri has promised to roll back populist policies of his predecessors and implement market-friendly measures in Argentina. Following his election, his administration moved quickly to lift currency controls, resulting in a substantial devaluation of the official exchange rate, reduced trade taxes, installed a new central bank president, and raised $5 billion in financing from a group of international banks.  He has also promised to settle the country’s decade long legal battle with creditors, normalizing the country’s economic relations and turning Argentina outward. At a time when populism is constraining economic reform across the industrial and emerging world, many in markets see Argentina as a bright spot in the region.

Markets have responded quite positively to this big-bang approach. After dropping over 25 percent, the currency has stabilized and a number of banks have raised their recommendation on Argentine assets. Still, the economic challenge is daunting. Diminishing foreign exchange reserves raise uncertainty in Argentina’s ability to defend peso’s value should crises occur (Figure 1). Inflation is rampant, over 25 percent as of October. The expansionist fiscal policy has also created a deficit that private estimates by companies including Goldman Sachs place between 6 and 7 percent. The sharply weaker currency will exacerbate these challenges, at least temporarily, even as it sets the basis for competitiveness in the longer term.  Without much room to maneuver in collecting revenue, Macri’s fiscal consolidation will most likely rely on cutting expenditure, including popular energy subsidies instituted by his predecessors. Finding alternative sources of expenditure cut and revenue increases will be a difficult though critical task.

The broader question is whether this time is different, and whether Argentina can break out of its history of populist economic cycles.  While all these measures are necessary, they will be painful and likely induce economic contraction in the short term. Accustomed to years of economic populism, the Argentine people will now need to support policies previously deeply unpopular. Meanwhile, his party lacks a majority in the Argentine congress. Historically, investors would have done well from buying Argentina after default and selling on efforts at normalization. There’s a danger of political and social backlash, and perhaps this is not the end of populism for Argentina.

Against a weak global economic backdrop, the country will face challenging fiscal outlook and likely economic contraction. Getting the sequencing and coordination of reforms right will require a delicate balance between economic change and disruption. Macri’s shock therapy is rare in Latin America, and the track record of shock programs (including notably in post-Soviet Eastern Europe) is mixed. A critical question will be his ability to sustain support until reform produces material improvement in growth prospects. Populist pressure could return quickly if the program falters. There is a lot riding on the outcome. 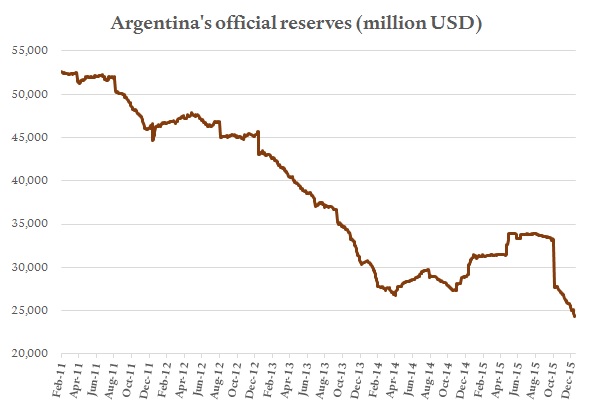 What Are Economic Sanctions?