What caused the big oil crash of 2014? If you said the U.S. oil boom or Saudi strategy, you’re only partly right. As I argue in a new essay in the July/August issue of Foreign Affairs, if you want to understand current energy developments and future prospects – whether you’re talking about oil or gas or coal or renewables, and about economics or security or environment – you need to pay attention to Asia. 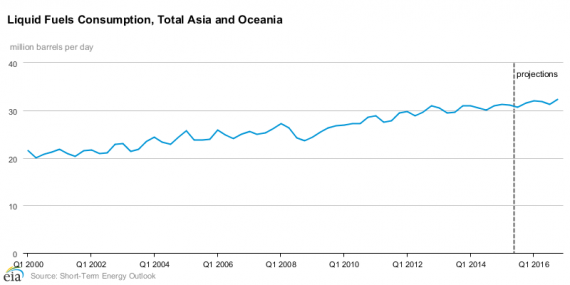 Oil consumption is only one way in which Asia remains central to global energy despite all the headlines generated by changes in the United States. This link to my Foreign Affairs article should get you free access for a while. I welcome readers’ thoughts.

To Succeed, Solar Perovskites Need to Escape the Ivory Tower

The Case for Ecological Realism