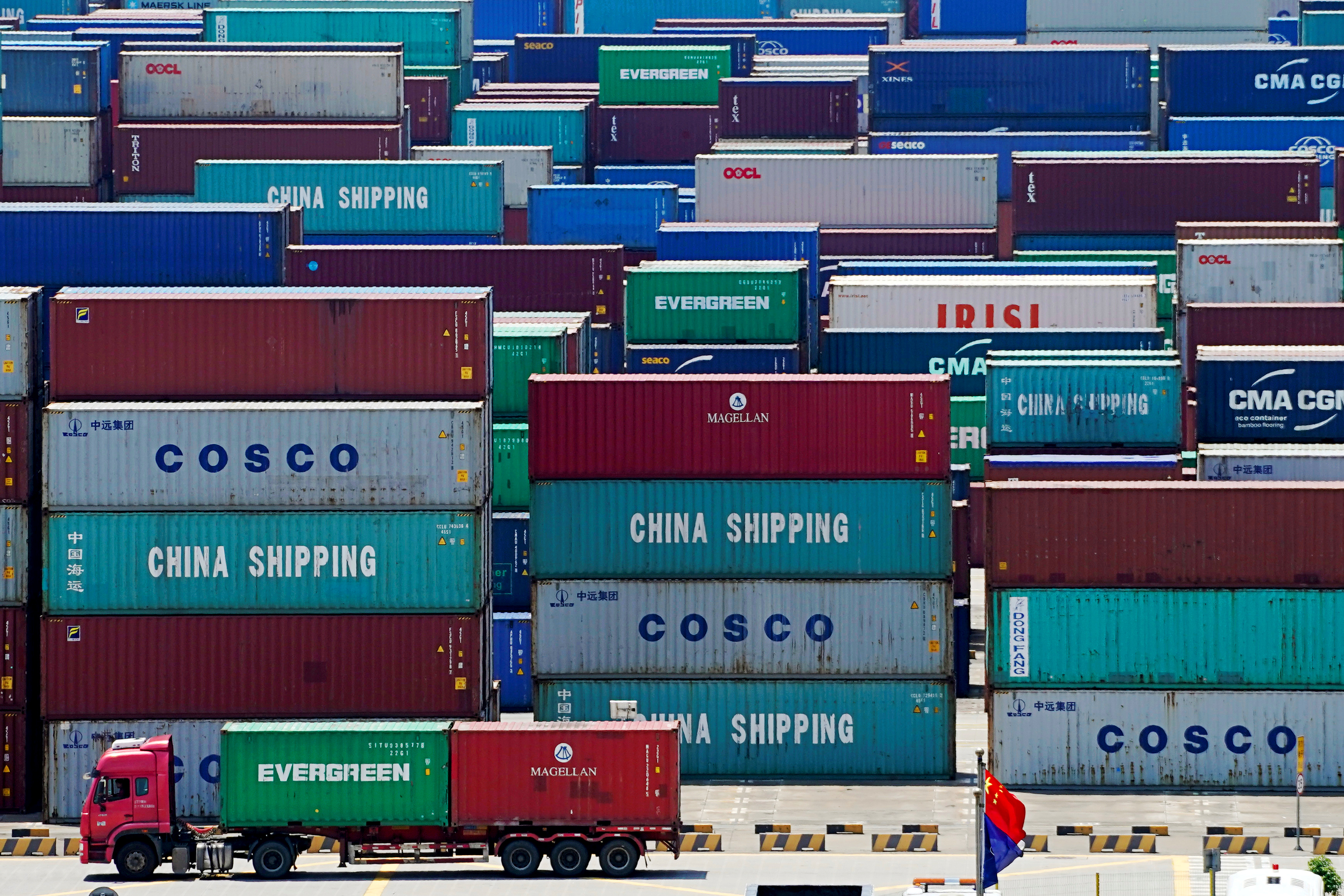 What can the world expect for the global economy in 2020? Four Council of Councils experts discuss the most important risk, challenge, or opportunity they foresee for the coming year. 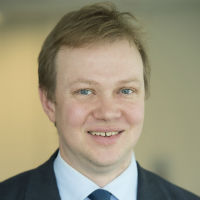 The world economy in 2020 is likely not to be all that different from this past year’s. China’s economy has slowed, and it is not likely to reaccelerate unless the Chinese government changes its mind and enacts a floodgate-style stimulus. Europe will continue to struggle to grow faster than 1 percent without a positive impulse from trade. India’s growth might pick up a bit, but from a low base. And the United States will likely continue to grow at around 2 percent—thanks in part to the Federal Reserve’s recent monetary easing.

There is not much left to say about the Donald J. Trump administration’s tariffs. They helped mute the positive effects of the early 2018 tax cuts, notably by contributing to the slowdown in business investment. But the odds are that President Trump will not impose as many tariffs in 2020 as he did in late 2018 and late 2019, and thus the short-term drag from the tariffs will fade.

In many ways, the most interesting questions for 2020 do not come from the United States, but from the other main poles of the world economy. The eurozone in general—and Germany in particular—would benefit from a significant fiscal stimulus, and both the eurozone and Germany have the fiscal space to launch one. A big question is whether German politics will shift as Germany’s export slowdown continues to bite. Another question is what will happen to China’s trade: Chinese imports fell sharply in 2019—total imports, in terms of volume, are down around 2 percent—and tracked well below China’s reported overall growth. If Chinese imports grow at the pace of the country’s economy in 2020, that could provide an important global boost; it just isn’t likely. 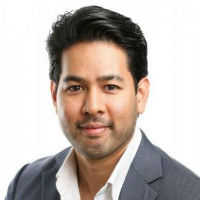 2020 Will Be a Watershed Year for the Global Economy

The year ahead could prove an important juncture for the world economy. The pace of global economic expansion is now at its slowest since the financial crisis a decade ago. In part, this reflects cyclical deceleration toward what appears to be structurally slower global growth. But the uncertainty created by the shifting U.S. trade policy, especially vis-à-vis China, is adding pressure on both fronts.

A prospective phase-one deal between the United States and China could provide some temporary relief. But it will not address U.S. demands for deeper structural reforms to China’s economy, nor will it alleviate geostrategic pressures to decouple the two economies in a variety of areas, notably technology. Critical questions now are whether a resolution can be reached on needless tit-for-tat attacks and how disruptive decoupling would be.

The 2020 U.S. presidential election could also be a watershed moment, signaling whether the kind of economic openness and cooperation that has driven global growth in the past can remain largely intact. A continuation of the Trump presidency would mean further attacks on the foundations of an open global economy, though a win for the Democrats does not necessarily mean a return to economic normalcy.

Additionally, Asia’s export-driven growth model is increasingly under threat. A slowing Chinese economy and a sharply decelerating Indian economy compound this threat. Slowing growth in Asia’s two giants is symptomatic of a pattern across much of emerging Asia of limited progress with productivity-enhancing reforms, which raises questions about Asia’s ability to sustain its rise and continue fueling global economic growth. 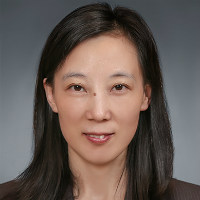 Due to a number of geopolitical and geoeconomic challenges, the global economic growth rate is nearing its lowest rate in two decades. While advances in technology continue, they have not yet translated into higher global productivity.

Amid uncertainty due to volatile trade relations, an unwieldy Brexit, and other structural factors, major economies are all indicating weaknesses heading into 2020. For the United States, momentum from the early 2018 tax cuts has diminished, which will dampen the country’s extraordinary economic performance compared to other advanced economies. The sluggish U.S. manufacturing sector is a harbinger of that slowdown. The Chinese economy will start to benefit from its version of tax cuts, but it is still expected to grow at a new normal annual rate of less than 6 percent.

A major concern in 2020 and beyond is the continuous rise of global debt in both the developing and developed world. According to the International Monetary Fund, global public and private debt has reached a record level of $188 trillion, equal to about 230 percent of the world’s economic output.

The best news for the coming year is that accommodative macroeconomic policies could prevent global growth from getting any worse, as long as trade tensions do not escalate and the Brexit process is well managed. Additionally, though developing countries are not insulated from weakening major economies, they are showing signs of resilience. Those countries are making up a higher portion of global trade and foreign direct investment, thanks to the stabilization of commodity markets and gradual improvements in industrialization, as advanced economies continue their retreat. 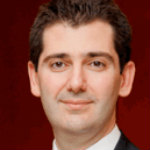 Deferring Escalation in Economic Rivalry, Drifting Into the Unconventional in Domestic Policy

Several major transitions in the global economic order will continue in 2020. Social discontent and great-power competition are challenging and reshaping unrestrained globalization, and protectionism and automation are crushing the export-driven development model of recent decades. Additionally, a system that relies on fossil fuels to power economies is no longer tenable. There is no consensus on how, where and when these transitions will end. This uncertainty will hinder investment and fuel zero-sum competition both across and within nations. Hence, economics and politics will be increasingly intertwined for the foreseeable future.

In light of the U.S. presidential election, 2020 will likely see tenuous moderation rather than escalation in global economic conflict. This could generate a sense of uneasy relief in financial markets earlier in the year. As long as the combination of moderate commodity prices and subdued global inflation levels persists, central banks will continue accommodative monetary policy, which will provide further support to this outlook. The resulting underpricing of risk will continue, but is unlikely to trigger a crisis as long as inflation remains under control.

On the other hand, domestic political tensions between labor and capital are becoming more visible and unpredictable. Calls for higher taxation and more government intervention, considered unorthodox until recently, are increasingly becoming part of the political discourse in developed economies. Redistribution could eventually be necessary to reach a stable end point to the economic transitions already underway; in the meantime, the uncertainty created by these debates carries the potential to rattle markets in 2020.

These economic transitions will not be resolved in 2020; nor will there be a final reckoning among rival economic interests. It is more likely that 2020 will be a year of tenuous cease-fires in cross-border economic conflicts and a harbinger of prolonged turbulence in domestic politics.

More from the Council of Councils
Biden's Summitry Was Reassuring for the West. Now Comes the Hard Part.
Biden's Welcome Climate Reboot and the Daunting Diplomacy Ahead
U.S. Capitol Breach Was a Shot Heard Round the World
Drag