Council of Councils
Healthier Together: Global Health Governance in the Era of SDGs
Global Memo by Authors: Steffen Angenendt and Maike Voss, SWP
Jun 28, 2018
Global Memos are briefs by the Council of Councils that gather opinions from global experts on major international developments. 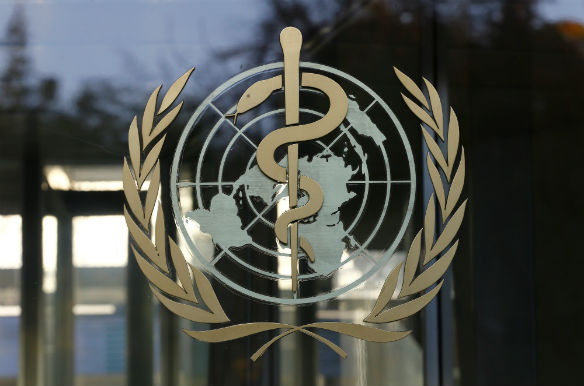 Although overall health has improved in many countries, health care today is still inadequate, unevenly distributed, and expensive, particularly in the world’s poorest nations. This is catastrophic for those who do not have access to essential medicines and treatment and can pose considerable development risks.

Many states, UN organizations, nongovernmental organizations, philanthropies, and the private sector are working together to promote health and prevent and control diseases. Yet their actions are often poorly coordinated, sometimes duplicative, and inundated with trade-offs and conflicts of interest. This reduces the effectiveness, sustainability, and legitimacy of health policy, therefore failing to promote health for all.

In April 2018, German Chancellor Angela Merkel, Ghanaian President Nana Akufo-Addo, and Norwegian Prime Minister Erna Solberg wrote a letter [PDF] to the World Health Organization (WHO) and the global health community, calling for greater commitment to the implementation of the 2030 Agenda for Sustainable Development and its sustainable development goals (SDGs). The three heads of state recommended that the WHO create a “Global Action Plan for Healthy Lives and Well-being for All” to be presented at the next World Health Summit in Berlin, Germany. This initiative has the potential to help mobilize domestic resources and, more importantly, promote international cooperation by coordinating national health efforts and the sustainability agenda within the framework of the SDGs.

Currently, the world is facing six major global health challenges. First, even though there have been global health successes, the distribution of health gains remains unequal between and within states. According to the WHO and the World Bank, about half of the world’s population does not have sufficient access to essential health care [PDF]. The World Bank estimates that high private health expenditures and a lack of social security drive almost one hundred million people into extreme poverty each year. Vulnerable groups—children, women, elderly people, and people with disabilities—are the most affected. This is particularly true in states with weak or destroyed health systems, which depend on international support.

Second, support for global health is under pressure, widening already existing gaps in health financing. The Donald J. Trump administration’s proposed 30 percent decrease in the U.S. foreign affairs budget would make drastic cuts to U.S. global health programs. These reductions would have massive health consequences worldwide, as the United States is one of the largest global health donors. Other states, such as Germany, Japan, and Norway, are already stepping up their political and financial efforts to fill the void left by the United States. However, without new partnerships, which should include nontraditional global health actors such as the BRICS countries—Brazil, Russia, India, China, and South Africa—it will not be possible to achieve the SDGs.

Third, coordination of health crises at the local, national, and international levels is often difficult, given the multitude of actors, responsibilities, standards, and local circumstances. The 2014–2016 Ebola outbreak in West Africa, which caused more than 11,300 deaths, was initially poorly coordinated, costing the most affected countries an estimated $2.8 billion. Even health crises that do not have pandemic potential could have temporary destabilizing effects in their respective regions and reverse developmental gains, especially if primary health care is already lacking.

Fourth, infectious disease outbreaks are increasingly occurring in or after armed conflicts and humanitarian crises. In these situations, shortages of medical supplies and health personnel in areas with a high burden of diseases that are normally easy to treat can cause preventable suffering and also make state and peacebuilding processes more difficult. Moreover, attacks on health infrastructures endanger the remaining civilian population and humanitarian actors, thus complicating coordination efforts.

Fifth, climate change is likely to cause some irreversible implications for global health. Air and environmental pollution, especially in megacities, are the root causes for an increase in respiratory diseases. Climate change is also changing traditional patterns [PDF] of illnesses. For example, excessive monsoon rainfall and high humidity promote the spread of mosquitoes that transmit diseases.

Sixth, the increasing number of internally displaced persons, migrants, and refugees poses additional challenges to global health governance. In 2017, 68.5 million people were displaced as a result of violence, persecution, conflict, or human rights violations, including 25.4 million refugees and more than three million asylum seekers. Providing effective health care to the displaced and the local population is increasingly important in countries with high levels of forced displacement. Additionally, transit and host countries are often unable to provide medical care to large numbers of refugees or unable to sustain such care over a long period, allowing injuries and infectious and noncommunicable diseases (NCDs) to go untreated.

Multiple global, national, public, and private health actors share the responsibility for promoting health worldwide, making the global health architecture seem chaotic; however, tendencies of order are visible. Donor countries and philanthropic organizations’ health programs can be divided into two approaches: vertical, disease-focused programs and horizontal programs that aim to strengthen broader health systems, such as health insurances and health workforce training. Currently, the framework is shifting from vertical approaches affiliated with the millennium development goals (MDGs) toward horizontal approaches that align with the implementation of the SDGs.

During the implementation of the MDGs from 2000 to 2015, large institutions, such as the Global Vaccine Alliance, the Global Fund to Fight Aids/HIV, Malaria, and Tuberculosis, the Global Polio Eradication Initiative, and the Bill and Melinda Gates Foundation, were launched. Their main goals were to reduce child mortality, improve maternal health, and combat HIV/AIDS, malaria, and other diseases, primarily in low- and middle-income countries. The MDGs represented a new normative framework for the global health architecture, pushing resources and expertise in vertical, disease-specific programs. However, that has come at some cost, particularly to the mobilization of resources for strengthening more horizontal approaches. In particular, programs on mental health and NCDs, as well as research and training, have been underestimated and underfunded.

The vertical pattern tied to the MDGs could be replaced in the course of the implementation of the SDGs. The third goal, to ensure healthy lives and promote wellbeing for all, introduces targets for previously neglected health issues and focuses on universal health coverage (UHC), which is the main policy priority within the WHO’s new Thirteenth General Program of Work (GPW13) for 2019–2023 [PDF]. The goal also addresses unfinished MDG business, including financial risk protection; access to essential health-care services; and access to safe, effective, and affordable medicines and vaccines for all. By 2023, an additional one billion people could benefit from universal coverage; however, in 2019, WHO member states, as well as other donors, have to agree on how to finance this ambitious goal.

Since the adoption of the SDGs in 2015, several new mechanisms and organizations have been established, and some traditional institutions have expanded their scope or shifted their priorities. For instance, the WHO established the Contingency Fund for Emergencies after the West African Ebola outbreak. However, the fund lacks contributions: Only 60 percent of the WHO’s goal has been achieved, with contributions mainly coming from Germany, Japan, and the United Kingdom. The World Bank’s Pandemic Emergency Financing Facility, another new mechanism, aims to provide insurance for pandemic risks by offering coverage to low-income countries in need. Both mechanisms were used during the 2017 Ebola outbreak in the Democratic Republic of Congo (DRC) and operate without funding from the United States. It remains to be seen how these new mechanisms will support the DRC in combating its current Ebola outbreak and prevent future outbreaks there and elsewhere.

In addition to these new programs, the first SDG-era public-private coalitions are emerging. The Coalition for Epidemic Preparedness Innovations aims to finance and coordinate the development of prioritized new vaccines to prevent and contain outbreaks and has received its initial $460 million funding from Germany, Japan, and Norway, as well as the Bill and Melinda Gates Foundation. The Resolve to Save Lives initiative aims to prevent NCDs such as heart disease and stroke, with $225 million in donations largely from philanthropic organizations. It is still unclear, however, how sustainable these partnerships will be and if they will be resolutely guided by SDG targets and indicators.

As UN member states set out to achieve the SDGs, the many challenges they face raise concerns about the future of global health governance. Successful implementation of the 2030 Agenda necessitates further reform:

Strengthen the WHO financially without making it depend on a few donors. The organization should significantly increase the assessed contributions of all member states [PDF], a change that has been blocked by emerging countries. Additionally, all member states should agree to finance the ambitious GPW13, which emphasizes the importance of meeting the SDGs, advancing UHC, increasing health security, and promoting healthier populations. All member states, especially ones where UHC is not yet fully implemented and health-care disparities and issues such as antimicrobial resistance continue to grow, should recognize the health and financial benefits of the strong horizontal programs in the GWP13.

Create a binding Framework Convention on Global Health, similar to the Framework Convention on Tobacco Control (FCTC). The FCTC was negotiated under the auspices of the WHO and is considered the first-ever global health treaty. A global health convention should focus on health equality both across and within states and target governance, finance, and accountability challenges by using a rights-based framework.

Improve engagement by beginning a systematic dialogue. A similar approach has been pursued by UN member states for ten years in global migration governance, where governments face similar coordination and implementation problems. The Global Forum for Migration and Development has contributed significantly to achieve a better understanding of member states’ different interests, handle conflicts of interest, and exchange practical solutions with civil society and the private sector. A similar forum on sustainable health could take place in conjunction with the annual World Health Assembly in Geneva. This new forum could strengthen the effectiveness, sustainability, and legitimacy of global health governance.

A good starting point for spurring such reforms would be to include them in the action plan announced by the leaders of Germany, Ghana, and Norway. This plan could bring a new dynamic into the global health architecture, one that looks toward an integrated approach and makes the 2030 goal of health and wellbeing for all more likely. The predominance of the WHO gives it the chance to bind this fragmented architecture to meet the world’s major health challenges.

More from the Council of Councils
The World Can Prevent Future Pandemics. Here's How to Fund It
A Region Divided: What Did the Summit of the Americas Accomplish?
Russia’s Invasion of Ukraine Will Have Lasting Implications
Drag