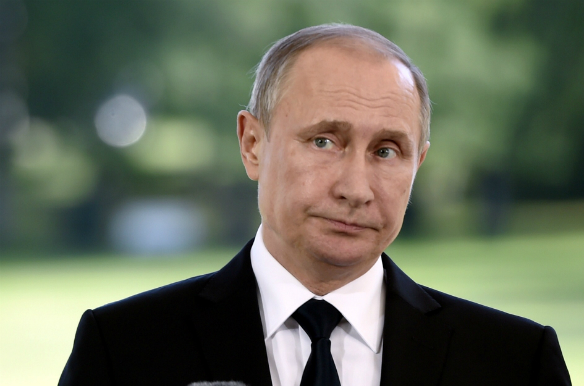 The July 2016 North Atlantic Treaty Organization (NATO) Summit in Warsaw, Poland, did not come up with anything that surprised Moscow, given rising geopolitical tensions, the deteriorating security environment, and potential stumbling blocks ahead. From the Russian perspective, NATO has returned to its roots, reactivating Article Five of the Washington Treaty to expand collective defense in close proximity to Russian borders. This time, however, the alliance is doing so with an enlarged army of member countries and new sympathizers from the Balkans and the post–Soviet space.

First, since the collapse of the Soviet Union, NATO remains the only international organization perceived negatively by the majority of both the Russian population and the country’s elites. The only exception to this trend was the short-lived shift to a more positive attitude during the presidency of Dmitry Medvedev, who sought to quickly restore relations with the West and NATO in particular after the 2008 war in Georgia. However, this brief interlude ended when the alliance carried out its 2011 operation in Libya, which Russian officials argued should have been limited to protecting civilians and not extended to supporting regime change. Since 2011, the percentage of Russians that holds a favorable view of NATO has been halved, from 25 percent to 12 percent.

Second and more significantly, however, supporters of cooperation between NATO and Russia have prevailed despite the deteriorating relations between Moscow and the West. Even at the height of animosity during the bombing of Yugoslavia at the end of the last century, the majority of Russian citizens were in favor of cooperation with the alliance. However, anti-Western campaigns within Russia targeting the United States and NATO in the last two years may have diminished such a majority. This support for contact over confrontation (“Yes, NATO are the bad guys, but we must talk to them”) provides the Kremlin with room to maneuver in its relations with the alliance.

Moreover, the recent NATO summit coincided with at least three internal challenges for Russia that are related to defense budgeting.

First, President Vladimir Putin has charged various economic groups within government and academia with presenting their versions of an economic strategy within the next twelve months. This has rekindled a conflict between advocates of a Soviet-style “command economy” and proponents of market liberalization with a concurrent reduction in military expenditures. The former, in its proposals, makes strong reference to “the threat from NATO.” If this group prevails, it will lead to further alienation from the West.

Second, the government has announced an unprecedented reduction of state expenditures over the next three years as a result of fiscal hardship, in part driven by Western sanctions. Thus, the crucial question becomes: Which programs—social, military, etc.—will be the target of budget cuts? So far, the Ministry of Finance has shown its preference to reduce military expenditures, which represent 17 percent of the Russian budget, but its voice may not be strong enough to prevail. Significant reductions in military expenditures will require reviewing long-term military planning, which is based on the ten-year armaments’ program for 2011–2020 and assumes fixed budgetary allocations.

Third, under pressure from the Ministry of Finance, the Ministry of Defense has already started to reduce expenditures this year within the adopted 2016 budget, which is also unprecedented. The ministry claims it has made a 5 percent reduction in expenditures without affecting weaponry programs. However, some evidence suggests that the reduction is actually 10 percent and there have indeed been cuts in the weaponry programs.

Amid these domestic developments, communication between NATO countries and Russia must be unfrozen. The dialogue should be oriented to avoid further deterioration in relations and to provide signals—no matter how weak—for some positive changes in the perilous status quo. While the recent NATO-Russia Council meeting—only the second since 2014—was a positive step, prospects for NATO-Russia cooperation are complicated by numerous challenges. Three are particularly complex.

By placing long-range anti-air, anti-ship, and surface-to-surface missiles in Kaliningrad, Russia can deny NATO forces the use of sea and air surrounding the Baltic states and Finland. Relatedly, Moscow would watch attentively the military developments in the Black Sea area.

More broadly, another major concern is caused by the Warsaw summit communiqué’s references to ballistic missile defense, given the importance of nuclear deterrence in the overall Russian military arsenal. (Nuclear issues are not discussed at the NATO-Russia Council; these discussions are held elsewhere.)

Second, NATO’s decision in Warsaw to elevate cyber as an official domain of warfare, and thus a focus of cooperation, risks further heightening tensions. Enhancing cyber defense without any communication with Russia is fraught with critical and unexpected consequences—particularly in terms of Article Five.  Keeping this challenge out of the NATO-Russia agenda would not be in the interests of either side given the possible risks of activating Article Five in response to a cyberattack that NATO suspects emanated from Russia.

Last, but perhaps most significantly, is NATO’s cooperation with other countries. Although there seems to be less sensitivity about Montenegro’s membership, Russia’s response to NATO’s expanding influence should not be underestimated. In addition to closer cooperation between NATO and Serbia, a close friend of Russia’s, emerging trends of a revival of NATO’s cooperation with Finland and Sweden have also caught the Kremlin’s attention (Finland in particular due to its close historical ties with Moscow).

In the post–Soviet space, along with Georgia (substantially referred to in the summit communiqué) and Moldova, Ukraine should be treated separately. Kiev’s plans to bring its armed forces into line with NATO standards by 2020 and its deepening ties with Brussels are both alarming to Russia. The nature, scale, and pace of the rapprochement between Ukraine and NATO are crucial factors that predetermine, for Russian leadership, any prospects of dialogue with the alliance and may affect conditions for cooperation in other areas.

The NATO-Russia Council held three days after the Warsaw summit registered the parties’ differences and stressed the necessity of dialogue. Public announcements made after the telephone exchange among Russian President Vladimir Putin, French President Francois Hollande, and German Chancellor Angela Merkel, and later after a personal conversation between Putin and U.S. Secretary of State John Kerry were formulated in the same restrained language.

If the Minsk agreements—the package of measures agreed to deescalate conflict in Ukraine—are gradually implemented, and the United States and Russia are able to find common means to jointly tackle the Syrian conflict, there is a fifty-fifty chance that the worst in NATO-Russia relations is over. But such an assessment may be too optimistic given not only the domestic pressures within Russia, but also the broader factors driving NATO and Russian decision-making, particularly relations between Russia and the United States. If after the U.S. elections in November, the two countries are able to jointly find ways to rebuild confidence and trust, the overall relationship between NATO and Russia will be much more stable.

More from the Council of Councils
The Future of Nuclear Nonproliferation and Disarmament Is in Danger
The World Can Prevent Future Pandemics. Here's How to Fund It
A Region Divided: What Did the Summit of the Americas Accomplish?
Drag