Skip to main content
Abe and Obama: Reconciliation and the Rebalance

Japanese Prime Minster Shinzo Abe is set to meet with U.S. President Barack Obama in Hawaii on December 26–27. Their most notable stop, a visit to Pearl Harbor, will come just weeks after the seventy-fifth anniversary of the Japanese attack that led to the U.S. entry into World War II. This last meeting between Abe and Obama may be a fitting end to the Obama administration’s rebalance to Asia. Facing a dramatically changing Asia together, they have sought to navigate the sensitive task of bringing U.S. and Japanese citizens together to embrace postwar reconciliation and remembrance.

Abe will not be the first postwar Japanese prime minster to visit the site of the infamous attack. At the end of August 1951, Prime Minister Shigeru Yoshida stopped in Hawaii on his way to San Francisco, where negotiations on a multilateral peace treaty with Japan were convening. At the time, a stopover in Honolulu was part of the trans-Pacific journey, and war memories were still fresh. On his return to Japan with negotiations on a peace treaty and a new alliance with the United States behind him, Yoshida called on the U.S. Pacific commander, Admiral Arthur Radford, in his headquarters, which overlooked the wreckage of the USS Arizona in Pearl Harbor. There was no memorial yet at the site, where more than 1,100 sailors and marines were killed when Japanese bombers sank the battleship. Radford later recalled the visit as difficult and embarrassing for Yoshida, so they spent their visit discussing the admiral’s dog.

More than sixty years later, Abe’s visit will not be quite so difficult. Still, he will be expected to address the war and the hundreds of thousands who died in it. Pearl Harbor commemorates the loss of U.S. servicemen and servicewomen, but it has also become a site of commemoration not only for Americans, but also Japanese, as well as many other nations’ citizens from around the Asia-Pacific.

Abe has previously addressed the U.S. public on the war’s legacy. During his April 2015 speech to a joint session of Congress, Abe spoke of his visit to Washington’s World War II memorial and his desire to express his condolences for the U.S. lives lost in that war:

History is harsh. What is done cannot be undone. With deep repentance in my heart I stood there in silent prayers for some time. My dear friends, on behalf of Japan and the Japanese people, I offer with profound respect my eternal condolences to the souls of all American people that were lost during World War II.

Perhaps Abe will speak at Pearl Harbor, as Obama did so eloquently at Hiroshima, of those beyond the United States and Japan who also paid a heavy price in World War II.

The Pearl Harbor memorial contains a plethora of first-person accounts of the attack, chronicles of those who fought and died as well as those who survived, and a sophisticated and well-curated exhibit of World War II history. It offers many vantage points from which to consider the attack: the evolution of U.S. policy toward Asia leading up to the war, the social circumstances of the Hawaiian Islands, and even profiles of mid-century Japanese leaders and their strategic thinking. The memorial also reflects multicultural and multinational efforts to advocate for peace. Even an origami crane made by a young survivor of the U.S. atomic bombings in Japan has found its way to Pearl Harbor. 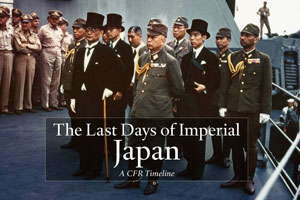 Like Obama’s visit to Hiroshima last May, Abe’s planned visit to Pearl Harbor has raised some criticism at home. After the prime minister announced his intention to visit the memorial site, right-wing demonstrators gathered outside the U.S. embassy. Because of these domestic sensitivities, Japanese Chief Cabinet Secretary Yoshihide Suga said Japan will not apologize for its decision to begin the Pacific War just as Obama had stated that he would make no apology for decisions the United States took to end it.

As much as it will be a day of remembrance, the Abe-Obama meeting will also be a chance to look back at how the two leaders have strengthened the U.S.-Japan partnership. Many worried that, given their differing personalities and diplomatic styles, Abe and Obama would make an unlikely couple. Nonetheless, the leaders have gotten things done, and they handled some of the alliance’s most difficult tasks carefully and steadily.

“As much as it will be a day of remembrance, the Abe-Obama meeting will also be a chance to look back at how the two leaders have strengthened the U.S.-Japan partnership.”

The seventieth anniversary of the end of World War II last year was an important one in Asia, and the diplomacy surrounding its commemorations was sensitive. Abe’s visit to Washington in April marked the first step. While Abe, in his speech to the U.S. Congress, focused on the U.S.-Japan relationship, he also stood alongside Obama to reiterate his commitment to reconcile with Seoul and resolve its grievances over Japan’s systematic conscription of Korean women in military brothels. Japan’s relations with South Korea had so severely deteriorated over war legacy issues that Abe and Korean President Park Geun-hye refused to meet. Obama worked hard to bring the two estranged leaders together. He organized a trilateral meeting at The Hague to discuss North Korean provocations in March 2014 and continued to encourage their reconciliation thereafter.

The Abe-Obama years did not only dwell in the past, however. The Obama administration’s strategic rebalance to Asia emphasized the U.S.-Japan alliance, leading to considerable policy achievements. Obama oversaw the U.S. response to two serious crises for Tokyo.  The first was the triple disaster of March 2011, when an earthquake and subsequent tsunami devastated the Tohoku region and triggered alarms about contamination from the Fukushima nuclear plant. U.S. forces worked closely with Japan in Operation Tomodachi to rebuild the devastated area. A second crisis for Japan began in 2010 and intensified in 2012, when Chinese vessels entered waters around the Senkaku Islands (or Diaoyu Islands for the Chinese). Abe returned to the office of the prime minister just as tensions between the Chinese and Japanese militaries rose in December 2012, after Chinese maritime vessels began to regularly patrol the disputed islands.

Abe and Obama worked diligently on an alliance response. In April 2014, Obama made clear that he considered the islands covered by the U.S.-Japan security treaty, becoming the first sitting U.S. president to mention the islands. The following year, the United States and Japan revised their military guidelines, adding an alliance coordination mechanism to ensure that future crises will be managed together, to head off escalation to military force.

But the two allies’ most ambitious regional initiative, the Trans-Pacific Partnership (TPP), now looks set for failure. President-Elect Donald J. Trump says he plans to scrap the deal due to concerns it will harm U.S. workers. In his first official visit to Washington, in February 2013, Abe committed Japan to the negotiations, and has been one of the trade pact’s strongest advocates. Abe saw in the TPP not simply an economic opportunity for Japan, but also reassurance that the United States would be deeply invested in Asia’s future.

Peace in the Asia-Pacific

Abe must now look ahead to the next U.S. administration. As with all presidential transitions, the Japanese government will look for opportunities to deepen U.S.-Japan ties. Now it is Abe’s turn to use his political support at home to the advantage of the alliance, perhaps to persuade the U.S. public of the merits of continued U.S. leadership in Asia. Abe paid Trump an early visit at his transition office, in Trump Tower in New York. But Trump’s style and seeming penchant for ruffling diplomatic feathers may present new challenges to Abe.

“As with all presidential transitions, the Japanese government will look for opportunities to deepen U.S.-Japan ties.”

Still, both sides have made a lasting investment in reconciliation over the past eight years. Next week, Japan’s prime minister will meet the U.S. president in Pearl Harbor, three-quarters of a century after Dec. 7, 1941, to honor those who served their countries and reflect on how the path to war might be avoided today. Unlike Prime Minister Yoshida, Abe and Obama can look back on more than a half century of partnership and prosperity.

For all of their differences, Obama and Abe have worked hard to bring the people of Japan and the United States closer and draw attention to the two countries’ remarkable journey from adversaries to allies. By the end of 2016, they will have accomplished what many Americans and Japanese thought was simply too sensitive: they will both have visited each other’s tragic war sites and called upon this generation and the next to remember war’s human costs. At Pearl Harbor, as at Hiroshima, the leaders of the United States and Japan will once again remind us to honor the transformative power of peace.