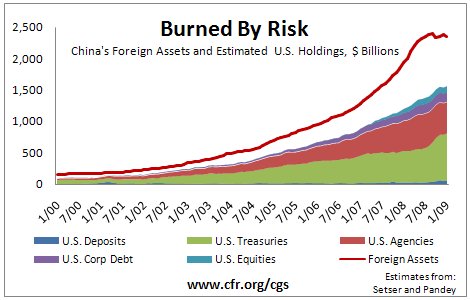 China’s holdings of foreign assets have grown dramatically this decade. During the past few years their risk appetite grew as they purchased increasing amounts of foreign equities and corporate bonds. The poor performance of this initial venture into risky assets has given way to a retrenchment from risk. That may be why Premier Wen called for the U.S. "to maintain its good credit, to honor its promises, and to guarantee the safety of China’s assets."

Wines: China’s Leader Says He Is ‘Worried’ Over U.S. Treasuries